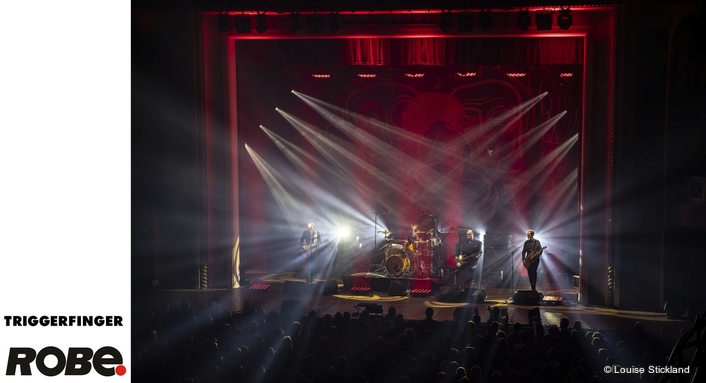 The band’s lighting designer is Erwin Van Lokeren and the lighting and audio equipment was supplied by rental specialist Splendit. The SuperSpikies were part of their most recent investment in Robe technologies, and these were the first of the small and super-bright luminaires to be delivered in Europe, supplied by Benelux distributor, Controllux.

Last year Erwin started working for Triggerfinger who have been a constant presence on the Benelux rock scene since 1998. They decided to play these five showcases at the Roma rather that one large gig in one of the cities arenas. Roma is a well-known and loved arts and cultural hotspot in the vibrant Borgerhout area of Antwerp, originally built as a cinema in 1928. 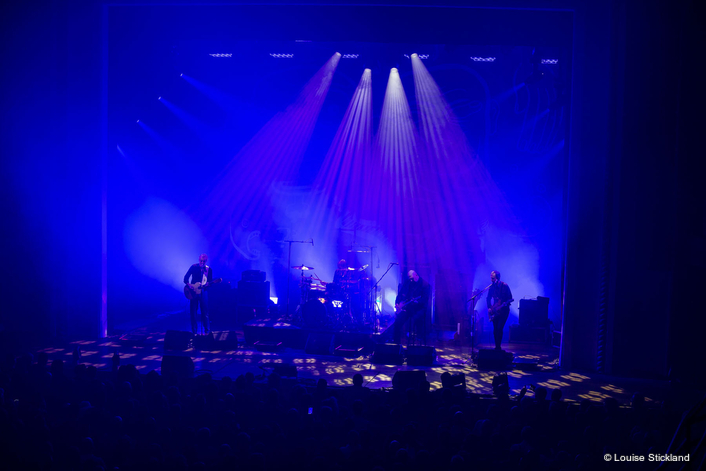 The intimacy and warmth of the venue makes it a firm favourite for artists and audiences from all over Belgium.
When it came to choosing fixtures, Erwin wanted lots of different and more idiosyncratic lightsources and compact fixtures. When Splendit confirmed they would have their SuperSpikies delivered in time for the show, he incorporated 17 into his design.

Twelve were in the roof rigged on the rear house bars, and five were positioned upstage on the floor - all having a massive impact for their small size!
The overhead SuperSpikies were used for back and general lighting and the floor units for silhouetting the band and shooting through the backline into the audience … for which they were highly effective. 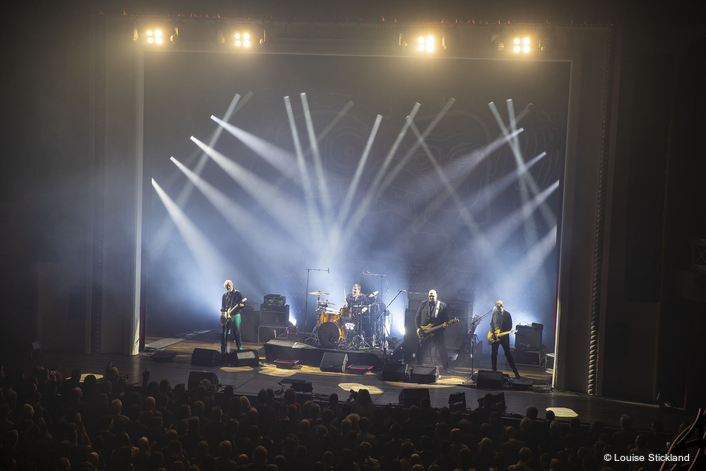 “It was great to be using this brand-new tech” commented Erwin who thought the output was “amazing” especially with the narrow beams. Erwin uses Robe a lot in his work but had not actually used the regular Spikie yet. He was super impressed with the characteristics of the ‘super’ version!

The band are relatively traditional when it comes to lighting requests, however they also gave Erwin creative freedom to bring his ideas and suggestions to the table.
He kept it simple and uncomplicated in the same oeuvre as their uncompromising, gritty, hard, driving rock sound. Only three colours – red, blue and a variation of whites – were used throughout the two hour set, evoking confident and well-defined looks. 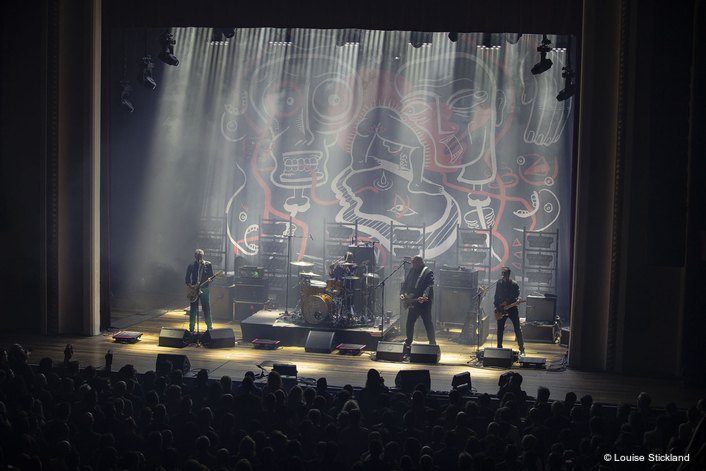 It wasn’t a show of colour bumps of whizzy effects. Instead, he used the different texturing and qualities of the fixtures to sculpt the show and create shapes and ambience, keeping pace with the power of the band and the tension and emotion building right to the end of the set.

They are not overly keen on video, so projection appeared just in the last three songs, which was the encore, so lighting worked hard as the main visual effect.
Erwin appreciated the rich dark reds and blues of the SuperSpikies, and he also used the flower to boost the dynamics.

Erwin used several other interesting fixtures on the Roma shows including Nonabeams, a tuneable white LED fixture made especially for Splendit inspired by the classic Svoboda. The backdrop was up-lit by static LED wash units which were also deployed along the sides of the stage and either side of the forestage, while 5x5 RGBW LED panels in the roof provided alternative top lighting with more of these pointing upwards from the deck. 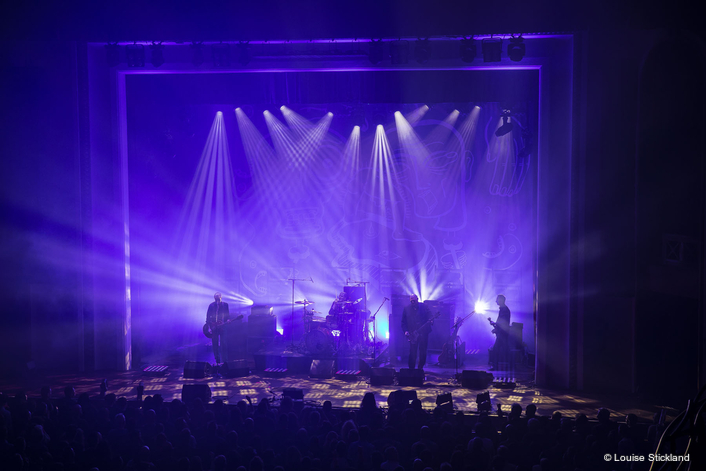 Talking generally about Robe, he thinks the products are “awesome”, extremely reliable and that the brand is constantly bringing new and interesting products to the market.

He also hooked in to the Roma’s house spot and LED wash moving lights, running everything through his MQ80 console.

He’s worked with Splendit for around five years and they are always his go-to rental company when he has influence over the choice of rental partner. “Everything to do with the company is quality – the kit, the crew, the personal contact and the whole service … all of it is excellent” he stated. Even the band noticed and remarked on the neat and tidy stage cabling!

Splendit was founded in 2009 by Marijn Broeckaert and purchased their first Robe moving lights six years ago. They have rapidly established themselves as one of the busiest and best respected technical production rental companies in Benelux.