Robe Strobes are Ace for Scooter 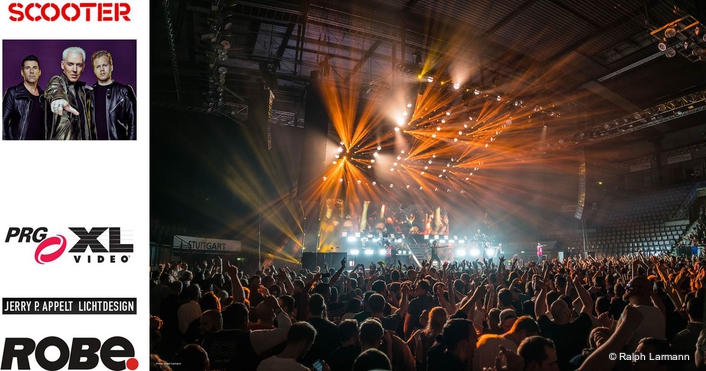 Hamburg dance / trance trio Scooter – considered the most successful German singles recording act with 23 top 10 hits and over 30 million records sold – kicked off their 2016 tour with an eye-catching lighting and set design by Jerry Appelt, one of the best known lighting and visual professionals in Germany …..  also with a stellar career!

Twenty-two of Robe’s new LED strobes were right at the heart of the design which is being looked after on the road by lighting director / associate designer Marc Brunkhardt.

The design’s architecture is formed from five raked pods flown above the stage and loaded with lights. The idea of this ‘roof’ can be altered and adapted to fit into different sized venues on the tour – with capacities of between 2000 and 12000 - whilst retaining the basic depth and integrity of the design. It’s also a great solution for dealing with varying headroom - looking equally good with tall trim heights and also when flying lower, just above the band, which completely changes the dynamics of the performance space. 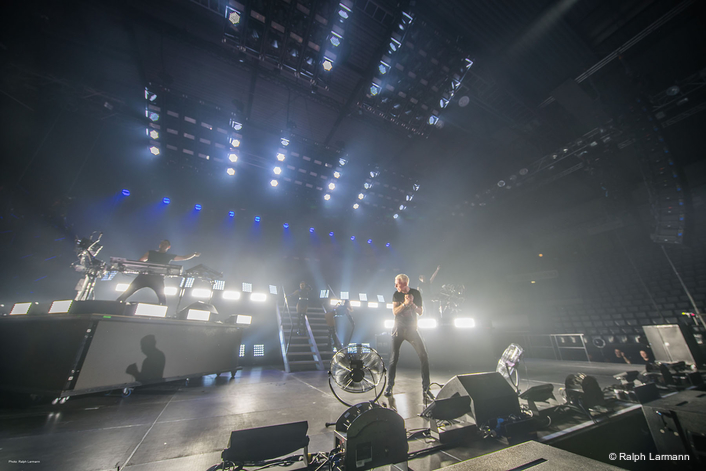 Below these pods are the two-level band risers with a staircase in the middle, and the 22 Robe Strobes are built into the riser edges pointing forward so they blast into the audience.

The overall look and feel of the show is stark and raw to match the energy of the band and also the harder, faster, edgier ‘Fifth Chapter’ of their remarkable career and musical development. 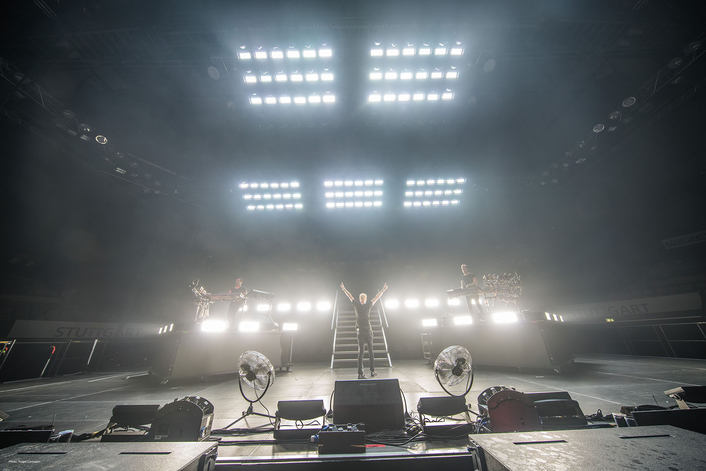 The strobes were also chosen to allow the band to see right out into the audience and to the back of the hall as they blast into the arena at punctuating moments in their characteristically high energy set.

The Robe Strobe - these were the white versions – is one of the brightest LED strobes currently on the market with 120 x 7W high powered cool white LEDs which are individually addressable and therefore ultimately controllable, configurable and array-able. They were delivered to the tour by rental company PRG. 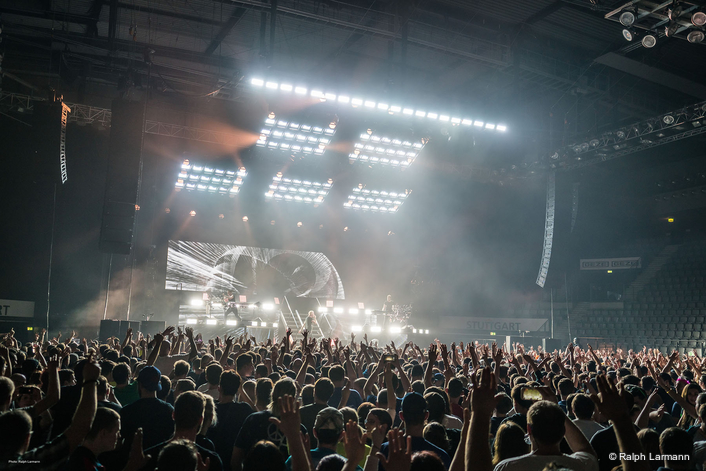 Super-fast bursts and pulses of light can be adjusted in frequency, duration and intensity. The units are easy to rig and programme individually or in multiples using the direct segment control or a series of pre-defined macros.

"The Strobes are perfect for the job," enthuses Marc. "They are extremely bright, very versatile and also the single cell control offers plenty of scope for creativity. They also seem robust and well-built for life on the road".

Scooter’s eighteenth studio album ‘Ace’ was released in February. Their tour kicked off in March and continues in Europe through April and beyond.