Robe Stars Shine at the Wachau

Produced by IP Media, lighting for the show was designed and programmed by Chris Moylan of Berlin based Optikalusion, and featured 31 x Robe BMFL Spots -  the first time these had been used on a Starnacht concert. 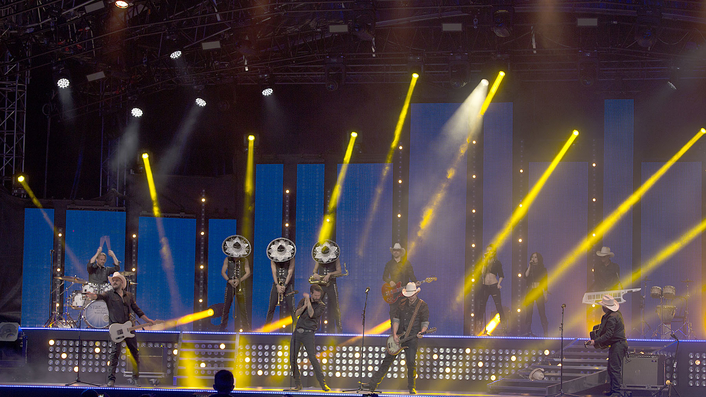 A full stage and roof system – 30 metres wide by 14 deep and with 13 metres of headroom -  was installed for the show, supplied together with all the lighting kit by Droneberger Showtechnik from Klagenfurt am Wörthersee. The broadcast featured 22 songs from 14 different artists, some with full band set ups and others singing live vocals to track, all requiring rapid changeovers.

With that many songs in a short space of time, ‘variety’ was a key to making the show look interesting, and this was one of the reasons Chris chose Robe’s BMFL Spots – for the ‘multi-functional’ aspects of the product.

He had used BMFLs before on music festivals during the summer and thought they would be ideal for this. 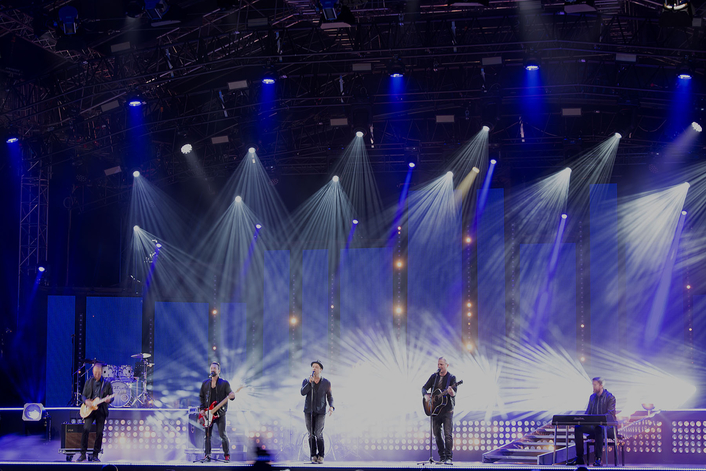 The stage was divided into two rounded levels separated with mesh surfaces and 60 Sunstrips, and the curved roof-space allowed them to install some staggered curved trusses in the air, all of which enhanced the depth and dynamics of the space. A diagonal runway / thrust at the front going out into the audience area facilitated some great camera shots of the artists with the Dűrnstein ruins as a highly atmospheric background.

Eight BMFLs were positioned on the floor for high-impact looks into the cameras, with 15 in the air and one used as a rear follow spot. 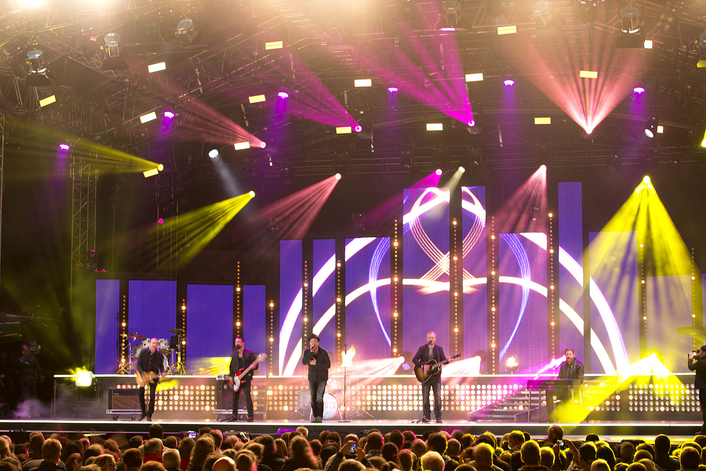 Seven fixtures were positioned so they could illuminate the complete opposite side of the banks along the river as well as the Dűrnstein Castle to the rear. Even though Chris had a good idea of the BMFL’s capabilities, when he saw how well they achieved everything he wanted on this site, he was delighted with the results.
His favourite functions on the BMFLs at the moment are the high output, the array of colours, the overall speed of the fixture and the EMS stabilisation.

It’s actually the third Starnacht concert to be staged by ORF in this stunning location which creates an impressive and iconic backdrop to a popular show. This was another reason why the entire location – not just the stage – had to be lit for the cameras, all of which shaped the design. 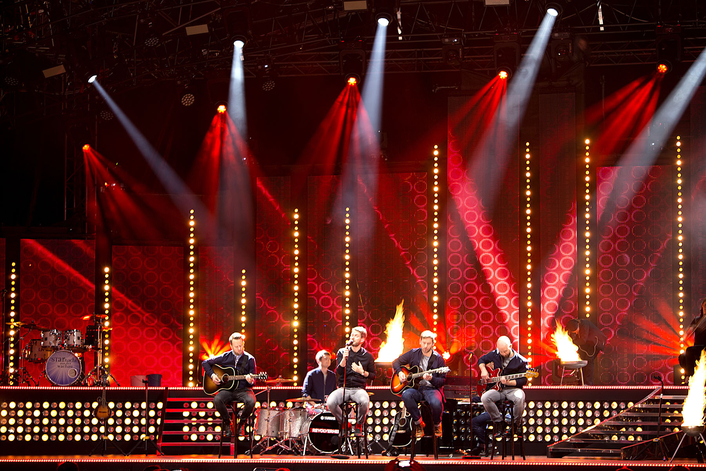 “It was great to work with BMFLs, they really enabled us to create some new, different and exciting looks,” says Chris, saying that, as always with Starnacht gigs, he enjoys the family atmosphere, the camaraderie and the beautiful countryside along with the buzz and challenges of lighting the show.