Robe Shouts It Out for Tears For Fears 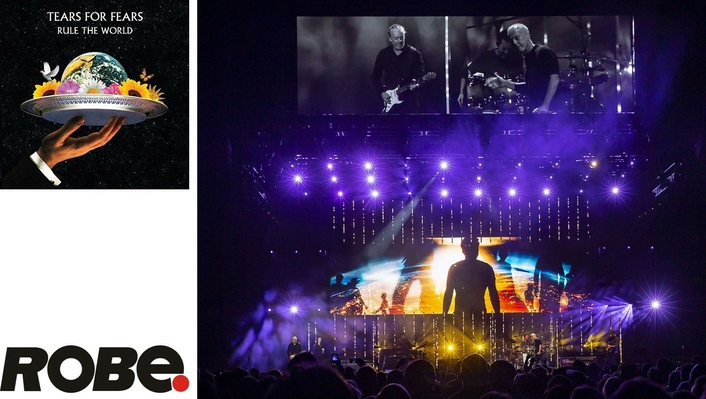 Tears for Fears was one of the UK bands who helped define the sound of 1980s pop-rock with classics like “Shout” and “Everybody Wants To Rule The World” - and this year they are back on the road in style, kicking off 2019 with a sold-out UK and European arena tour … for which lighting designer Alex Reardon, from LA-based creative design practice Silent House, delivered a stunning lighting scheme.

Alex utilised 66 x Robe MegaPointe moving lights a key element of the rig - among other fixtures - to imagine a memorable looking and highly flexible lightshow as the band delighted enthusiastic audiences - original and new - and fans with their diverse catalogue and multiple hits that have etched their place in 20th century music culture.

He positioned the multipurpose MegaPointes everywhere in the rig.

Alex utilised 66 x Robe MegaPointe moving lights a key element of the rig - among other fixtures - to imagine a memorable looking and highly flexible lightshow as the band delighted enthusiastic audiences - original and new - and fans with their diverse catalogue and multiple hits that have etched their place in 20th century music culture.

He positioned the multipurpose MegaPointes everywhere in the rig.

Their flexibility meant he could use them for a soft-edged front light and a hard-edged beam effect, having both the necessary punch and being compact and adaptable enough to work in arenas of all sizes.

Alex explained how his successful design projects break down into the “three bars” of aesthetics, logistics and finance, all of which must be levelled at the same height. 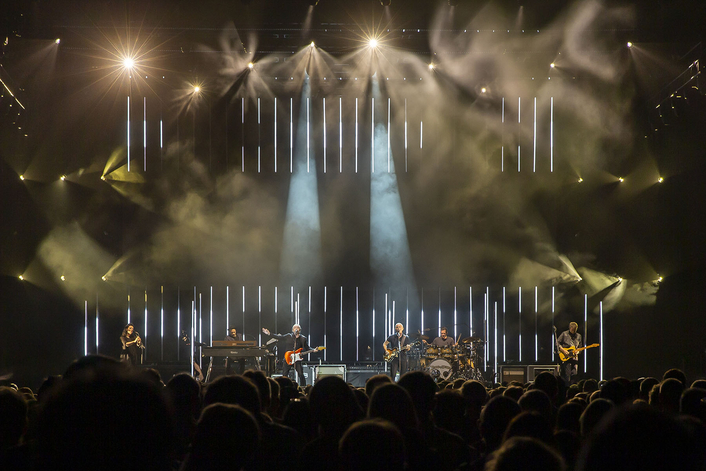 “MegaPointes have the functionality to give me the style and looks I needed, they are available in sufficient numbers to check the ‘logistics’ box and are nicely priced as a rental item to please even the most stringent tour accountants!”

In addition to these, Alex spec’d two BMFL Spot fixtures which were used with a Robe RoboSpot remote follow spot system. “I’m a huge fan of this” he commented. “The simplicity of operation and the smooth motion of the RoboSpot system is stunning, and the fixtures are great as well!” 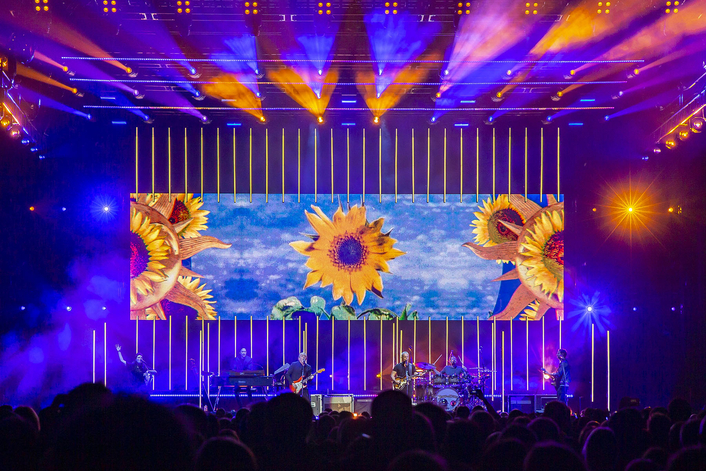 He and his lighting director / operator on the road, Richard White, left the targeting and iris control to the spot operators, with all other parameters running through the desk, as an obvious way to achieve perfect fade ins / outs and interesting colour bumps as well as keeping the operators focussed on accurate pick-ups and following trajectories!

On the design process itself, Alex starts every piece of work with the same approach – a delicate balance between illumination and effects. As a lighting designer, he feels his job is to find the “tipping point” for those two criteria and get the balance just right for the specific song or music. 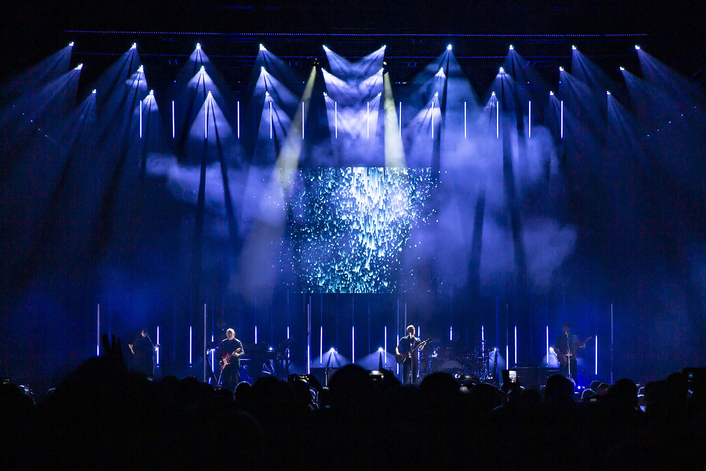 His goal is to create designs where every permutation and combination of the two can be created and mixed appropriately.

He’s also a big fan of using LED screens as light sources – which essentially is exactly what they are – and he was able to push this treatment during the huge numbers like “Shout” and “Change” which he found extremely satisfying.

Architecture, shape and form - from buildings to performance spaces - has always been an inspiration for Alex’s visions of stage or performance environments, and in this instance, he chose to keep the look very straightforward with simple, clean, straight, directional lines and “no visual fuss”. Juxtaposed against this, he let the cueing, contrasts and timing do the “heavy lifting”.

Richard recently directed / operated for him in China on a Jesse J tour using local promoters and productions. Having dealt with the unpredictability of this with so much panache, Alex knew that he’d be ideal for the Tears tour, which he also felt it offered a bit of a “karmic salvation” by comparison!

Lighting for the UK and European dates was supplied by award-winning London based Neg Earth – who Alex thinks should win another award for “Best Prepped Rig I’ve Ever Seen”.

Richard, programmer-to-the-stars Joe Cabrera and he spent two days in previz and then a week at the LH3 rehearsal space in London with the rigged plugged in pushing the grandMA2 console hard with 163 DMX universes going into it … which is where Alex was blown away with Neg Earth’s attention to detail. 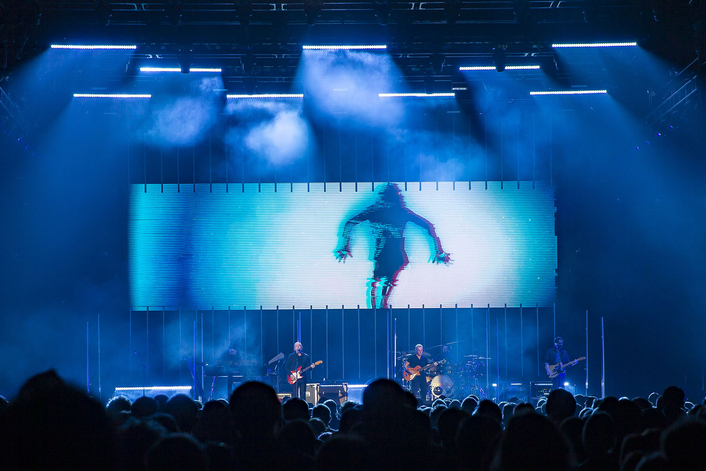 Quizzed on the overall challenges – this one was refreshingly relatively challenge-free thanks to some great teamwork and communication.

The whole process between production manager JB (Jean-Baptiste Blot), band management and himself was very transparent, and any elements that potentially could have been mountains on another tour proved to be proverbial ‘molehills’ on this one!

“We just worked through it! Anyone who has worked with me knows that I only ever ask for what’s needed to give the client what they want”.

Having been given everything he needed - an expert programmer, an accomplished operator, a fantastic lighting company and some time … they got what they wanted!

Alex worked closely with video provider Stu Mercer from Vis-A-Vis Video who supplied the LED screen and added the cameras for the London O2 gig which the multi-talented Stu also directed. Stu presented several “thought-through solutions” says Alex, to ensure that the two mediums of lighting and video worked optimally together.

Alex concludes, that in addition to all the great people and positives involved, “the music really is superb, so this was a labour of love to create!”