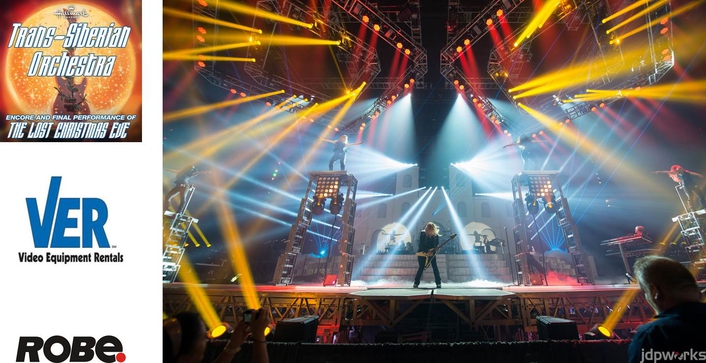 .
While the Trans-Siberian Orchestra (TSO) is dubbed the ‘Wizards of Winter’ for their heavy-metal holiday songs, Show Designer Bryan Hartley wears the magician’s hat as well. He made this year’s “The Lost Christmas Eve” tour a bigger production than last year with the amazing trick of shrinking it - making three trucks and extra generators simply disappear!

His secret? Switching from some standard lighting tools to over 100 pieces of Robe’s smaller-brighter-lighter ROBIN series fixtures - Pointes, LEDBeam 100s and LEDWash 1200s… all supplied by VER in Los Angeles.

TSO’s $20 million-plus production has performed for more than 7 million people in over 80 U.S. cities in the short duration of this leg of the tour (under 7 weeks). Because of the show’s popularity during the short holiday season, they created duplicate productions to simultaneously tour the East and West coasts of the country - both productions carrying matching rigs. 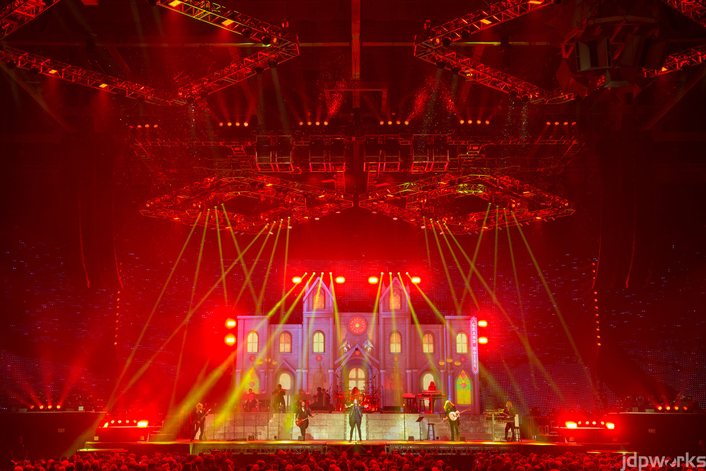 Hartley, Show Designer for the past 14 of TSO’s 15 years (they didn’t tour during their first year), operated lighting for the East Coast run, while LD Dan Cassar operated the same design on the West Coast. This hectic 2013 holiday schedule ran from November 13th through December 30th  with each leg covering 60 shows in seven weeks - many cities with two shows per day!

Video projection, the set, the twice daily shows and the ‘rigors of the road’ all influenced Hartley’s lighting design. He needed fixtures bright enough to hold up against an LED wall backdrop - surviving the ambient lighting from the video but also not drowning it out. He needed fixtures to cut through the layers of special effects including lasers, pyro and even snowflakes! He also needed the fixtures to produce some very specific colors.

The Robe equipment fulfilled all of Hartley’s needs. 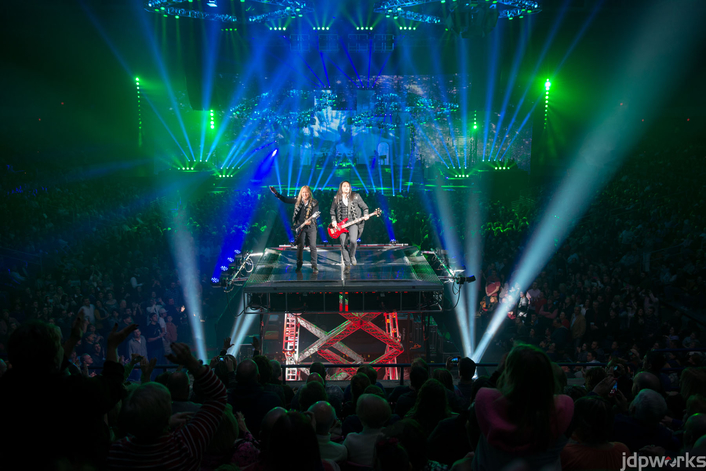 For each tour, he chose 96 x ROBIN LEDBeam 100s, eight ROBIN LEDWash 1200s and eight ROBIN Pointes. “VER showed me a demo of various Robe fixtures and I liked those specific ones the best,” he said.

“This year it’s all designed around video projection, so I didn’t need huge, heavy moving lights and went with the Robes, including the LED units."

“They are small with a good punch and dramatically reduced our truck space. We lost three trucks yet the show doesn’t look smaller, it’s just that I’m using more LEDs and compact fixtures like the Pointe.”

The story line of “The Lost Christmas Eve” is told in a rock opera format through the music, the set, and an onstage narrator. 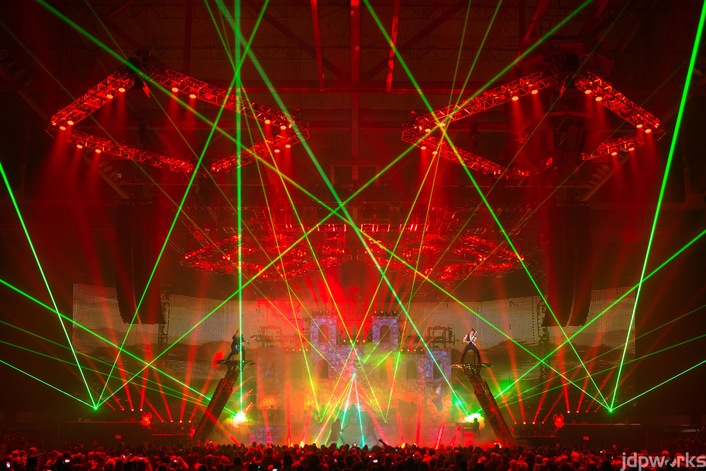 The set is a castle-like building. Video projection mapped onto it transforms the structure into an old hotel, a church, an apartment building, a hospital and a toy store. “I can tell a story better with a narrative aided by video projection. The show took on a whole new life and it upped the bar,” Hartley says.

The 96 x LEDBeam 100s were positioned across the set for beam and wash effects with 12 on each of four vertical towers flanking the castle, 24 across the top of the grid, 16 on the floor and 12 on the FOH risers. “I needed a little light for those spaces and I liked the 100 LEDBeams the best.” 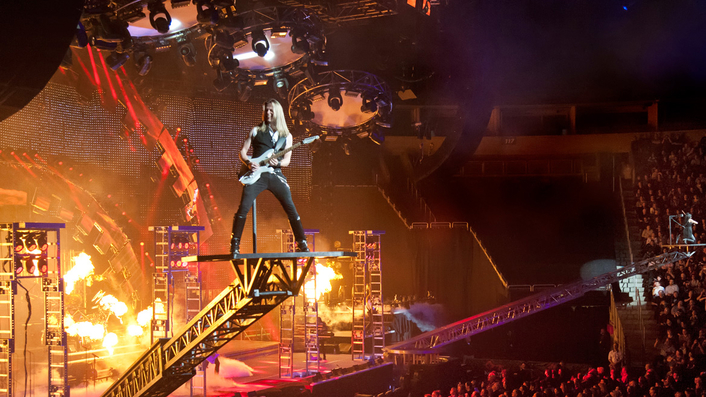 Hartley positioned the eight LEDWash 1200s beneath the set, under the rotating stairs. “Again, the size is great and they provided all the punch that I needed.” he noted.

Color selection also influenced the design. “Paul O’Neill - TSO’s founder, composer, lyricist and producer - loves heavy metal, so the design has to have an ‘evil’ tone,” says Hartley  whose credits also include other metal icons like Slayer, Megadeth, KISS and more.

“He loves red. If it was up to him, the whole show would be red throughout! I like those deep saturated colors anyway. The Robe color system is awesome. I got the colors I need for my show and the units were all completely reliable.”
The eight Pointes, which appeared in the hydraulic lift towers, provided sharp, parallel beams and cut through the effects and video with ease. 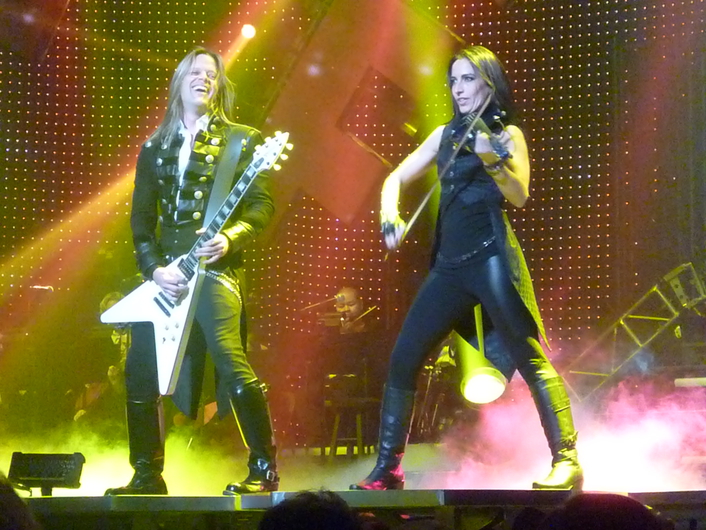 Hartley likes them so much, he is replacing a competitor beam light product with 96 x Pointes for their first European winter tour starting January 2014. He prefers the Pointe’s wider zoom and more budget friendly cost.

This is the first time Hartley has used Robe fixtures, and he thanks his VER rep, Burton Tenenbein, for outstanding support and for ‘showing him the magic’.