The Main and VuuV stages at the 2014 TribalTech “Reborn” Festival in Brazil buzzed with energy and over 200 Robe moving lights which were integrated into two very different but equally eye-catching lighting designs, by UK based LD Alex “Junior” Cerio of Smash Productions.

The lighting equipment for the two main stages – and for most of the rest of the site – was supplied by Sao Paolo based Apple Produções, one of Brazil’s leading rental companies, which has a substantial amount of Robe fixtures in its hire stock.

Junior – well known for his work as David Guetta’s Lighting Director and other innovative visual projects via his company Smash Productions – was asked to light these two stages by festival producers Carlos “JeJe” Civitate and Eduardo “Dudu” Marcondes of T2 Events. 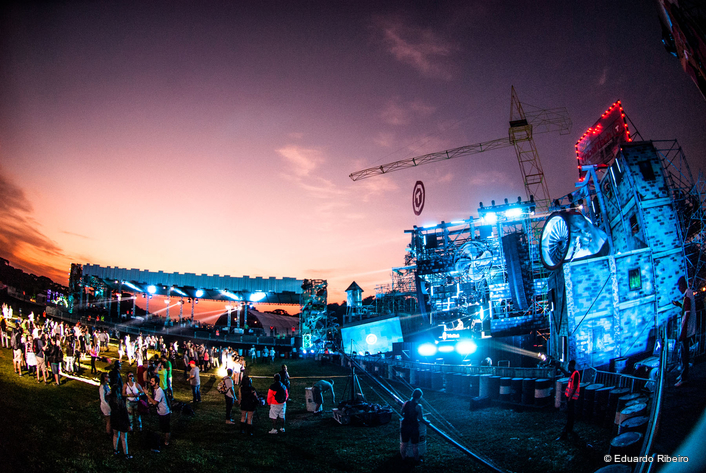 “It was very exciting to be involved,” explains Junior, “I have worked in Brazil a few times and the vibe is always fantastic. I was also delighted when I heard Robe moving lights would be available to use on both these rigs”.

The main TribalTech stage was large and completely custom designed and built by Brazilian scenic artists Perverts who were one element of a multi-faceted creative team working on the event. The stage was a sculptural fusion of eclectic industrial bric-a-brac and futuristic chic all united in a ‘decimated building’ concept full of mechanical paraphernalia, and constructed on a Layher scaffolding superstructure.

To ensure that the incredible detail and quirkiness was highlighted together with the sizzling DJ line-up, Junior fitted lighting fixtures into every possible corner and hanging place, on trusses or integrated into the structure and squeezed into spaces on the floor. “Wherever we could possibly fit a fixture … we did!” he declares.

The lighting design was completely asymmetrical … all adding to the chaotic appearance of the performance space. 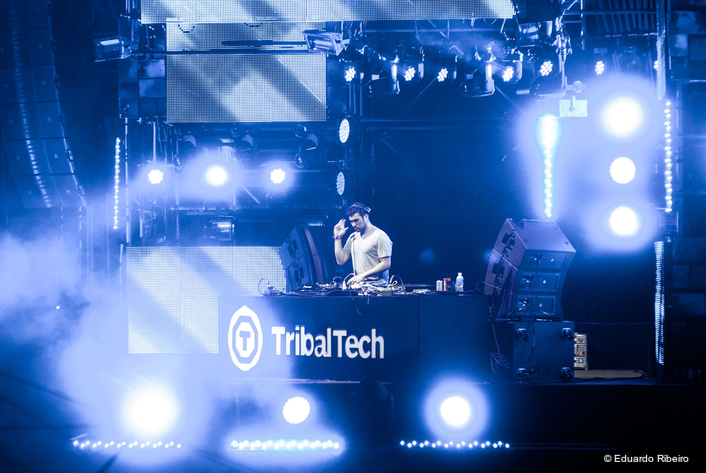 All lights were controlled via a grandMA2 full size console programmed and operated by Junior together with Micky Spillane, another UK based LD who worked as his associate for the project.

Junior used the Pointes for all the main effects. He was actually the first LD to use these on a live show, which was just a few days after the official product launch in 2013 at a David Guetta gig in Hamburg. Since then, the Pointe has become a firm favourite.

The LEDWash 1200s illuminated the scenics and washed the three VIP sections within the stage structure in colour and style. Some were positioned on the floor and others in the pit where they lit assorted scrap metal and crashed vehicles placed on the floor as part of the art installation.

Four MMX Spots were rigged on the FOH tower – a good 50 plus metres throw to the stage – and their animation wheels in particular used to produce texturing across the entire set surface. Junior was really impressed with the impact, even at such a distance.

The VuuV Stage presented a completely different environment, but was also heavily customised, offering an octagonal shaped ground supported arena based on a 24 metre diameter structure with a stretched fabric roof. The colourful, elaborate and fun decor was painstakingly hand-crafted by South African décor specialists, Artescape.

The VuuV stage rekindled the psytrance spirit of one of the oldest dance parties in Germany dating back to 1992!

The stage area itself was extremely small, and the DJ booth was clad with scenic lotus flower petals. While the line-up featured 19 of the hottest psytrance DJs, the pace was generally more laid back and geared down a couple of notches from the freneticism of the TribalTech stage.

There were two arched trusses above and to the rear of the DJ booth, and most of the lights – including 7 x Pointes, 14 x LEDWash 600s, 16 x MMX WashBeams and 16 x MMX Spots – were rigged around these and on a circular truss above the dancefloor. 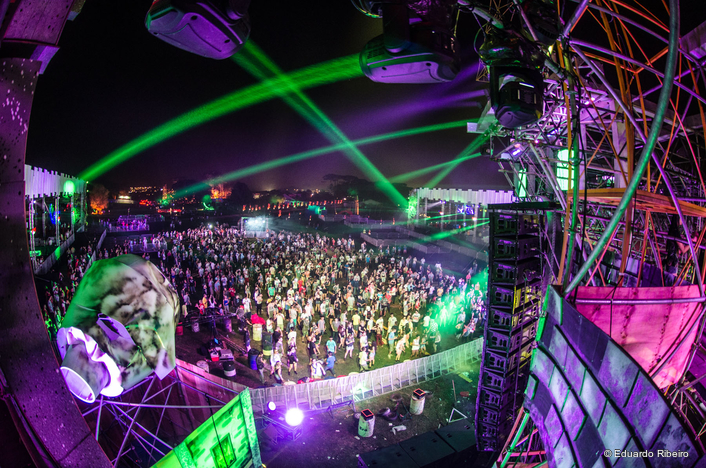 The Pointes were not over-used, but when they did kick in it was with great impact. They looked especially cool when matching the petal shape of the DJ booth.

All the LEDWash 600s were run in wide mode to capitalise on the zoning effects, and this was also a major reason Junior used these fixtures in this space, because of the “Fantastic eye-candy” possible with this functionality.

The MMX Spots were rigged on the inside of the octagonal structure, and again the animation wheels were used extensively to add new layers of funky psychedelica to the visual environment. 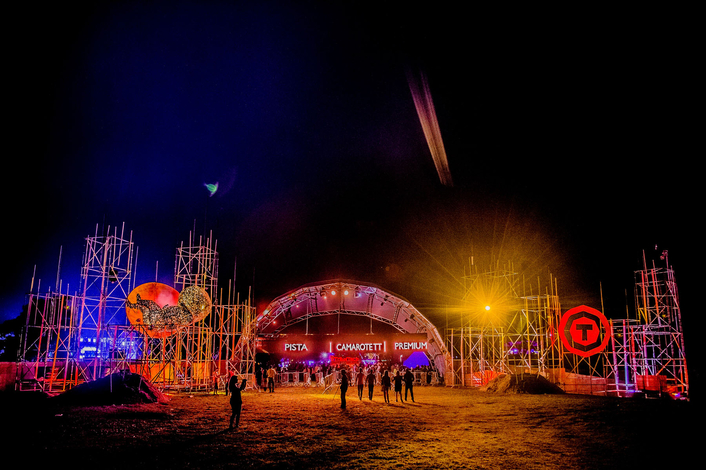 Eight MMX WashBeams were also rigged on the octagon, with the other eight on the legs of the stage. Some of these were focussed on the room while others concentrated on lighting the trees and foliage of the trees surrounding the glade in which the VuuV was located.

VuuV was less about the beams and beats and more about a gentler approach to lighting, so Junior used lots of pastel colours and pale hues to accentuate the dressing and intricate painted material elements.

Another grandMA2 was supplied for lighting control.

The festival - the first in a proposed trilogy of TribalTech events to follow over the next two years – was a huge success.

“It was a great experience,” concludes Junior, “And I enjoyed the challenges of having to think spontaneously when finalising the design plans on site. I was very pleased with the service from Apple, the equipment is well maintained, they have great crew and an excellent attitude and I am happy to work with them any time”.