Robe Puts On Its Colours for You Me At Six 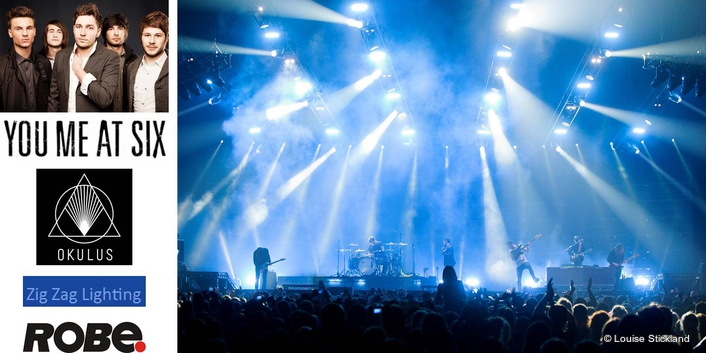 Acclaimed UK rockers You Me At Six celebrated the conclusion of their 2014 “Cavalier Youth” album campaign with a UK arena double-headliner with US pop punk band All Time Low, bringing an interesting fusion of genres and uniting thousands of enthusiastic young fans equally into both of them.

Lighting and visuals designer Louis Oliver from creative practice Okulus specified 18 x Robe BMFL Spots and 40 x Robe LEDWash 600s among other fixtures for this final leg of the tour which were supplied by lighting contractor Zig Zag Lighting from Leeds.

Zig Zag was the second rental company in the UK to commit to purchasing BMFLs, and the lights have been working hard ever since on a variety of shows. 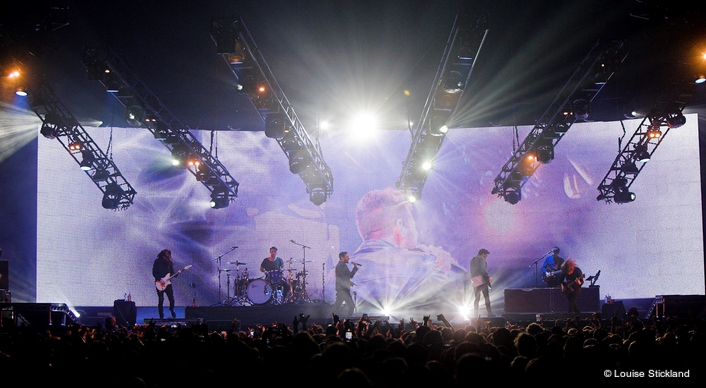 The You Me At Six design evolved and was developed over the year according to the venues and the format of the shows, and for these final arena dates, there was a general up-scaling of the original concept to maximise the additional stage space and headroom. The largest venues included London’s O2 Arena and Manchester’s MEN Arena.

Louis and Jeff Maker, All Time Low’s LD, decided that the BMFLs would be perfect for the job, and were definitely versatile enough to help facilitate two completely different looking shows which shared the same overhead fixtures. 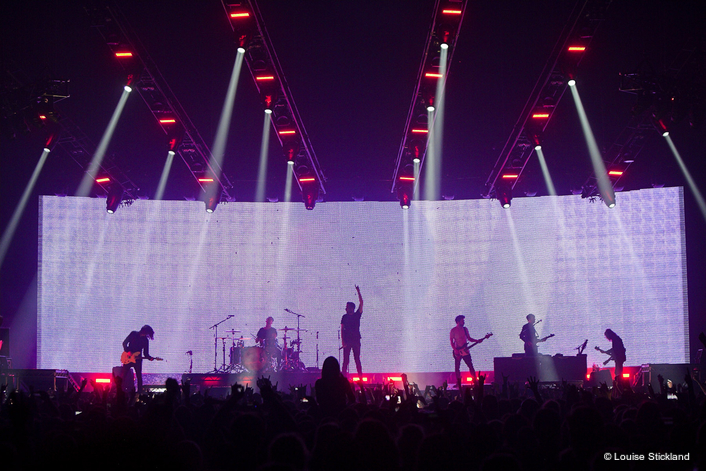 Upstage was a very wide 18mm Winvision LED screen, and video was central to both shows so any fixtures had to hold their own against this.

The 18 x BMFLs were rigged on six upstage / downstage orientated ‘spine’ trusses which moved up and down on a Kinesys system adding plenty of extra dynamics to You Me At Six’s show, which was raw and hard hitting to match the darker, edgier sounds of the band.

On the floor, six LEDWash 600s per side (12 in total) were spread over six scaff poles (three per side) with tank trap bases, and another 12 x LEDWash 600s at the back - upstage of the screen - illuminated the set and risers from behind and blasted powerful sheets of light and colour into the performance space.

It was Louis’ first time using BMFLs, and he was immediately struck by their brightness.

“They are punchy and reliable,” he commented, “The gobos are really nice and the colour mixing is perfect”. He is impressed generally with the colour matching between the BMFLs and the LEDWashes, an opinion echoed by many who are using fixtures across Robe’s ROBIN range, which also includes the full LEDWash family, the popular Pointes and  LEDBeam 100s as well as the MMX Spots and WashBeams. 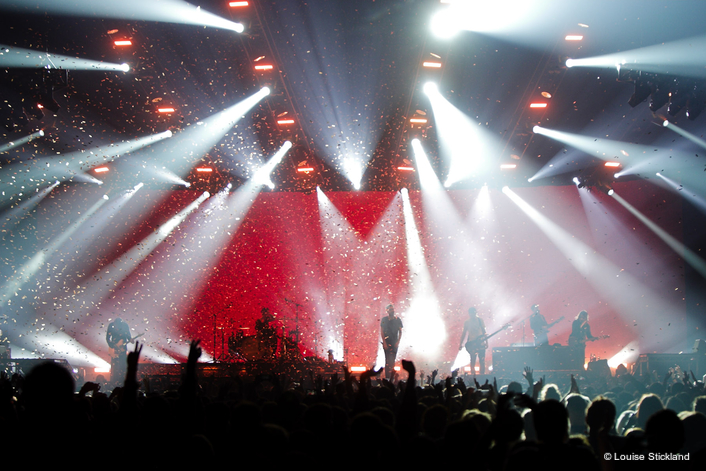 He used the BMFLs for their potent beam looks which bring effortless attitude to the picture accentuating the band’s stark, powerful live aesthetic.

LEDWash 600 is now frequently his key light of choice because of the authentic range of CT whites, which IMAG video director, Richard Shipman also liked.

Louis ran lighting from a grandMA2 light, which also triggered the playback video cues which were timecoded and run from a Hippotizer media server... A completely new set of bespoke video content was commissioned for the arena tour by Louis and produced by Pablo Beckett from Bryte Design, and the lighting was also completely re-programmed. 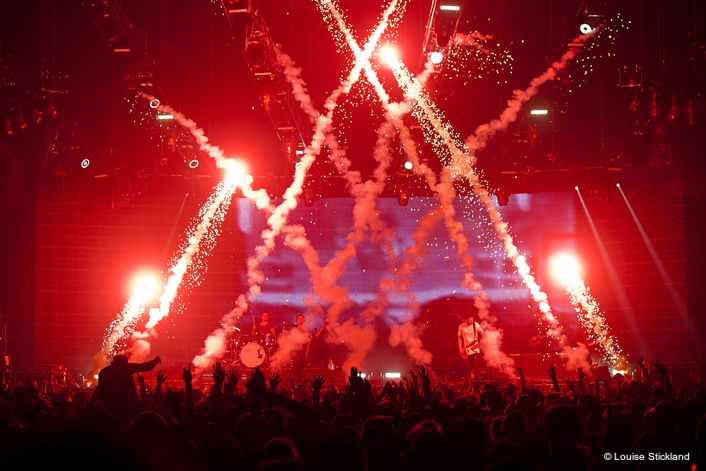 Okulus is a new creative collaboration and business venture between Louis and lighting and visuals designer James Scott, both part of a new wave of mixed media designers whose imagination and style are breaking new ground.

Okulus’ other clients include Chvrches, Temper Trap and the Zac Brown Band, and James has just finished the latest leg of Passenger’s Australian tour, which also featured BMFLs.

You Me At Six
Okulus
Zig Zag Lighting
Robe