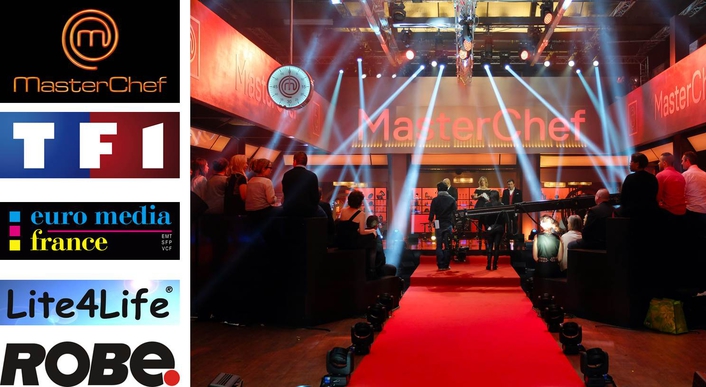 Seligman-Forest has lit all four series of MasterChef France for producers Shine France. The MasterChef  franchise is the world’s best loved TV gastronomic phenomena - and he has used more and more Robe lights over the years on this and all his other work. Robe is definitely his moving light of choice. 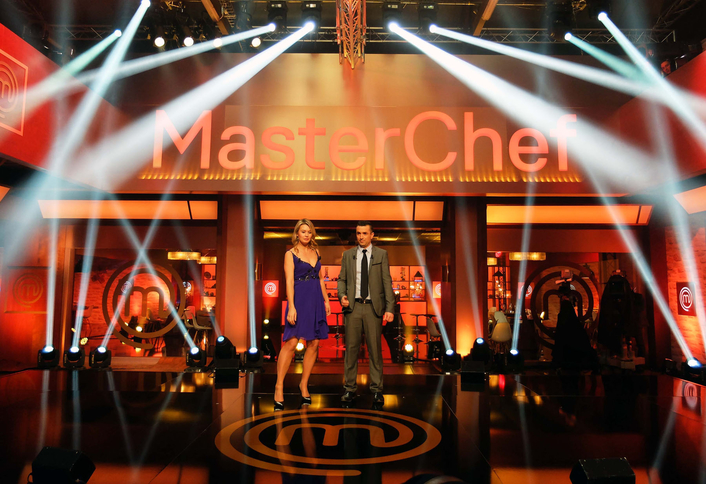 These were dotted all over the studio and their various different features and functions were used intensively. “I made the most of all the numerous options that these great fixtures offered,” he says.

“It’s absolutely essential to have a highly versatile lighting system for a show like this,” states Seligmann-Forest, who goes on to explain that lighting for the recipe cooking elements of the show needs to be “Soft, natural and elegant”.

For the final, the lighting needed to be “Glamorous and festive”. He also needed to highlight specific sections of the show distinctively and add drama with lighting effects including the start, the arrival of the contestants, the various jingles and the all-important announcement of the final results!

To aid this process, he upped his Robe count for the final, adding another 30 x LEDBeam 100s, another 10 x LEDWash 1200s, 14 x ROBIN MMX Spots and four ROBIN Pointes. These were all supplied by YES Rental.

It was one of the first times that he had used the Pointe, about which he comments, “It’s brilliant – fast, super-bright with a very powerful beam – far more so than that of any ‘competitor’ product. One of the effects he likes to do with the Pointes is to flip between beam and wash very quickly and also from beam-to-gobo to create some zany beam effects! 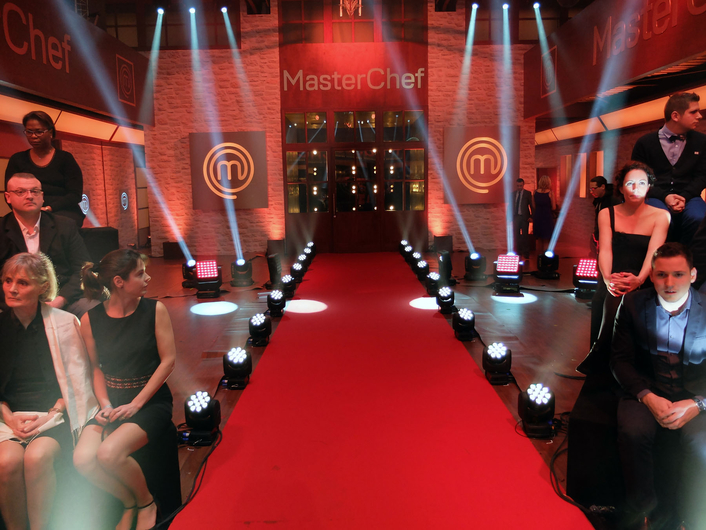 He would have liked to have had more Pointes on the rig, but they simply weren’t available from hire stock that week, such is the demand!

He used the LEDWashes just like automated fresnels for key lighting and back lighting, “It’s far softer and more delicate than a fresnel fixture and I can mix them really nicely.” The LEDWash 300s became his 1K fresnels, the LEDWash 600s were the equivalent 2K fresnels while the LEDWash 1200s he used as he would a 5K fresnel source. “The LEDWash series is far more powerful than a fresnel,  the beams can go wider and the selection of whites is also very accurate,” he concludes.

The LEDBeam 100s he loves for their small pin-like beams, intensity and cheeky bright colours!

The series was directed by Seb Pestel and the finale by Ben Cap. Michèle Sarfati was the set designer. David Seligmann-Forest was also the Director of Photography, Marco Mengual the Gaffer and the Vision Engineer was Laurent Quinqueneau. 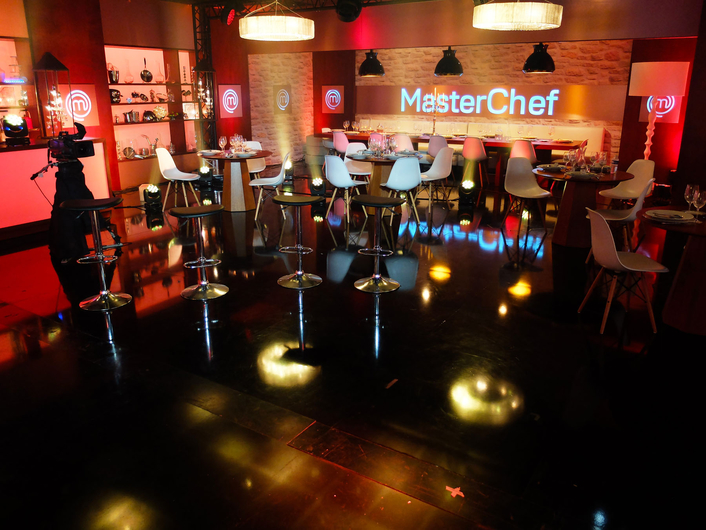 Marc Boissieux was crowned France’s best amateur chef of 2013, winning 100,000 Euros a book publishing deal and the chance to train in a prestigious culinary institution for six months.