The biggest challenges for lighting a show like A Marte Cabaret have included keeping it festive and colourful
A Marte Cabaret (A Mars Cabaret) is a full-on intergalactic party, action packed with humour, eroticism and fun – in a secret place that’s full of mad characters and idiosyncrasies where humans can explore fantasies and crazy ideas without inhibitions.

Produced by Hoy No Me Puedo Levantar – responsible for the long running eponymous musical and numerous other shows along Gran Via Madrid’s main theatrical artery AKA ‘Spanish Broadway’  – this show staged at the off Gran Via Rialto Theatre, and has been lit by award-winning Lighting Designer Felipe Ramos.

The overall theme of the show – inspired by some of the grand cabarets of Paris but with a definitely space age twist – gave him plenty of scope for imaginative lighting design - and he chose 12 Robe Pointes to be right at the core of the lighting rig. 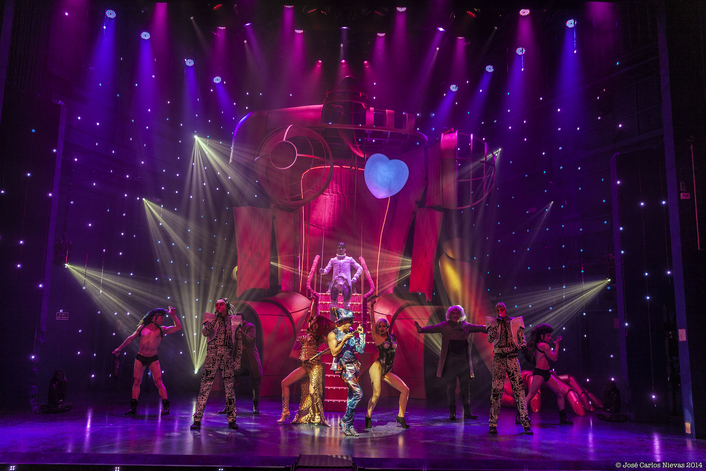 A Marte Cabaret is his first collaboration with the producers, although they have been trying to work together for some time. The show is directed by Yllana, the stunning set design is by Ricardo Sánchez Cuerda. Lighting and video equipment is being provided by ASL Light Solutions.

Working closely with Set Designer Sánchez Cuerda, Ramos also designed the show’s video elements which include both LED screens and projection. The largest scenery piece is based on a giant robotic female body, and this and other set parts were the basic starting points for developing the lighting. 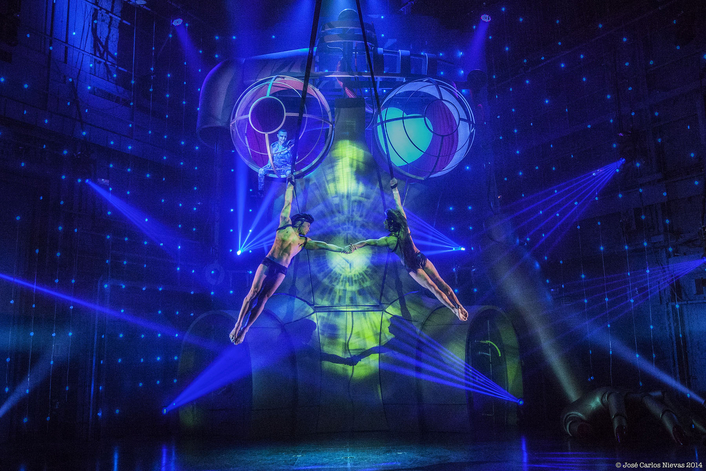 Directly upstage of the robot are some LED walls, and the Pointes are rigged to the side walls of the theatre at different heights to give powerful, dynamic back and side lighting. They are positioned to allow plenty of scope for creating different scenes and lighting states, all adding to the sense of visual spectacle and extravagance unfolding onstage!

“For this … the Pointes have been absolutely brilliant,” he declares.

There are many other lights in the show, but the effects of the Pointes are really noticeable and these 12 fixtures have been right at the essence of the design, helping to create a series completely different looks and unique atmospheres for each scene and musical number. 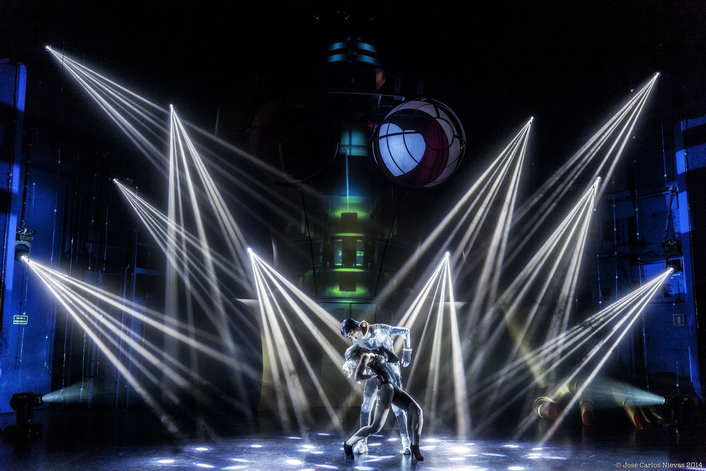 “The Pointe has given me a massive range of effects, from laser beams to flowers, from minimal gobos to great big wide washes  ... in fact I think we have used virtually every feature  over the course of the show, and this is why I chose to use them!” he says, adding that having them on the rig has made a “Huge difference” to lighting the show.

Ramos has worked with Robe products since around 2004, when he first used the workhorse ColorSpot 1200E AT and ColorWash 575E ATs on his rig at the Casino de Aranjuez.

He feels that Robe as a brand has evolved, taking note of the needs and wishes of lighting designers but also producing lights at a price that has been sensible and affordable for rental companies, venue operators, production companies and others who need to invest in fixtures. 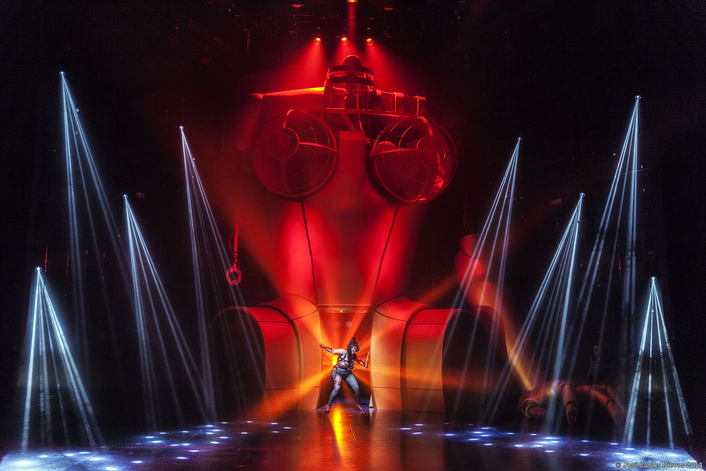 “In a short time, Robe has come a very long way in the professional lighting industry,” he says – “and that’s great to see”.

The biggest challenges for lighting a show like A Marte Cabaret have included keeping it festive and colourful, and also having lots of technology visible onstage to emphasise the science fiction aspect.

Another was ensuring that the large set pieces and the many intricate props which are all over the performance space and not just concentrated in one area – are lit appropriately at all times.

Combining these requirements throughout the two hour show was a difficult task taking a lot of care and meticulous programming, which was done with Javier Lapuerta (Rubito) who was also Head of Lighting during the build-up period, however he’s very happy with the results.

So are the public  ... as the show has been a runaway success since its launch in Spring!

Ramos started his professional lighting career in 1992 and has been designing shows since 1997. He is also a Technical Manager and a Video Designer. His upcoming work includes “As You Like It” at the National Drama Centre, Madrid, and a new version of Marivaux’s “Principe Transvestite” which will be premiered at the 2014 Internationals Classical Theatre Festival in Almagro in July.

Robe is distributed in Spain by San Sebastian based EES.