.
Puerto Rican pop singer, composer and actor Chayanne is currently touring with a lighting design by Belgian-based designers Alain Corthout and Ignace D'Haese, who have many top Latin stars in their current portfolio, and the skill of lighting this lively and demanding genre honed to a fine art!

They designed the lighting – including 59 Robe Pointe moving lights - set and video for the tour, his first for the artist, based on an integrated package that is ultimately flexible and can be set up in multiple formats according to the available stage space. He also wanted to create multiple levels onstage and a playground for the musicians and dancers.

Fifty-five of the 59 Pointes are positioned over the stage, rigged on four triangular trusses which move into different positions throughout the show. 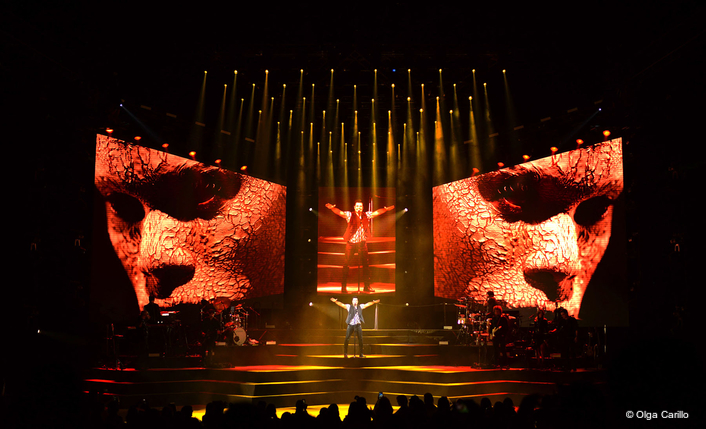 The Pointes are the only effects lights on the rig and they work hard and look fabulous throughout!

They are being supplied by the Miami branch of rental company Zenith, together with some LED blinders and the lighting console. The rest of the tour’s lighting requirements are being delivered locally referencing a rider compiled by Alain.

Initially the challenge was ensuring that the triangles worked well as moving structural pieces and that the Pointes on them didn’t become too densely grouped together through the different moves, explained Alain. Placement of the lights was crucial, and all the movement and lighting cues had to be considered from every angle … to ensure that the Pointe beams retained their clarity and definition. 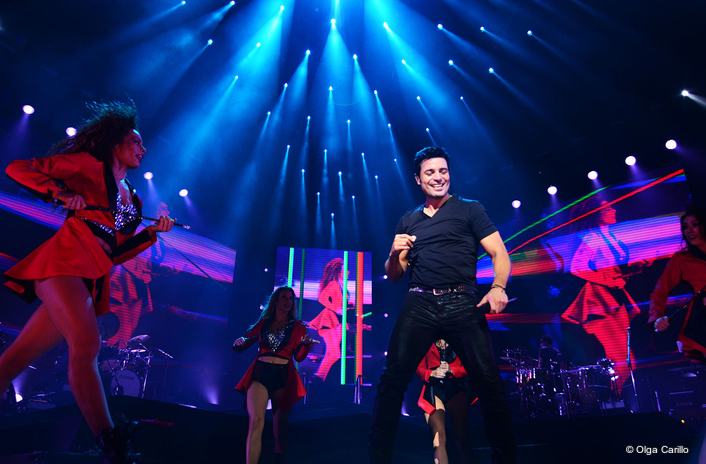 The 55 Pointes in the triangles are being used for what they do best – all the effects and bringing waves of color, movement, drama and WOW factors to Chayanne’s animated performance.

The triangle idea evolved from an original ‘honeycomb’ concept which permeated the whole stage and scenic look. The band risers also have similar shaping, and when in place form geometric patterns on the floor.

The other four Pointes are being used as truss follow spots.

They have been fitted with custom handles fabricated by Zenith. Two are positioned on the front and two on the upstage truss. 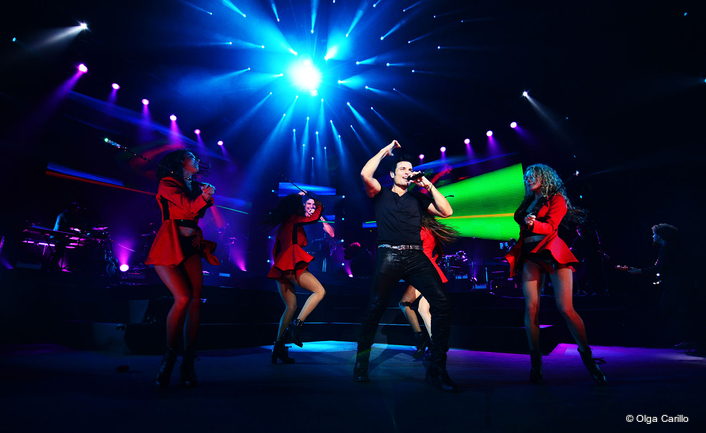 The dimmer, color and zoom functions are controlled via the lighting console, so all the operator has to do is – literally – point! The tight, bright and highly-defined Pointe beams do the job elegantly, eliminating any nasty, unwanted light spillage onto the stage.

He likes Pointes mostly for their intense output, excellent zoom and the impressive array of looks you can get from the units, “they are really a great choice for any live show” he confirmed. 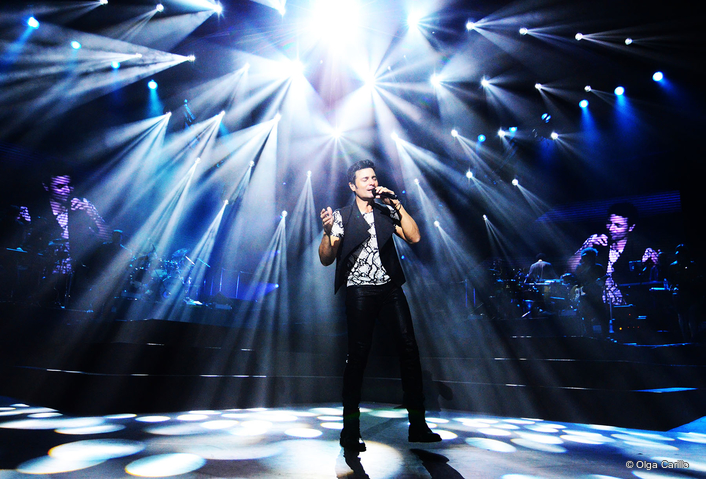 On the rider submitted to local promoters / suppliers, Alain has stipulated that Robe’s LEDWash 600s for the washes and MMX Spots for the profile lights are among the choices.