Camila & Ricky Martin onstage for a special collaboration
The 15th Annual Latin Grammy Awards took place in a blaze of glamour at the MGM Grand Garden Arena in Las Vegas, and was attended by some of the biggest names in Latin music and a sold-out audience of nearly 17,000.  Almost 10 million television viewers - the highest figures to date - tuned in for some or all of the three-hour live broadcast on the Univision network.

For the fifth consecutive year, the lighting was designed by Carlos Colina, LD for all of Univision’s major shows and events. After using Robe’s Pointes for a successful show-stopping ‘special moment’ last year, he chose Pointes again this year to add extra elements of magic to key moments in an evening of great entertainment, unique collaborations and landmark live performances, plus a string of Awards. 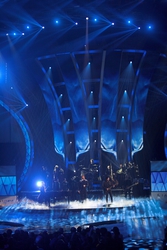 Colina worked closely with Set Designer Jorge Dominguez to create the aesthetic for the show.  They took full advantage of the increased headroom and width of the MGM Garden Arena as the show moved there for the first time from Mandalay Bay.  The set was heavily video-based, and divided up into three separate performance areas - stage left, stage right and stage centre - which alternated as the next bands playing live were set up masked by LED screens that flew in and out.

Following the great impact of using Pointes to highlight a Ricky Martin and Draco Rosa duet last year, Colina once again used 24 of the fixtures as Ricky Martin performed “Perdon” with Mexican duo Camila - the first of two amazing live performances by the Puerto Rican megastar at this year’s Awards.

The Camila / Martin action took place on the central section of the stage, with the Pointes positioned upstage of the ‘house’ orchestra’s string section, two feet higher than the artists, enabling the beams to cut through the band and right into the cameras with a selection of gobos and beams. The effect added great drama and intensity to an already powerful ballad.

During the Pepe Aguilar and Miguel Bose musical number, the Pointes were used in a similar fashion on the stage left live stage. The concept for this piece was an old barn look, with wooden slats cladding all the band risers and wood crates strewn around the stage. Colina’s first thoughts on lighting were that Pointe beams behind the band could cut through, replicating sunlight, which looked amazing on camera. 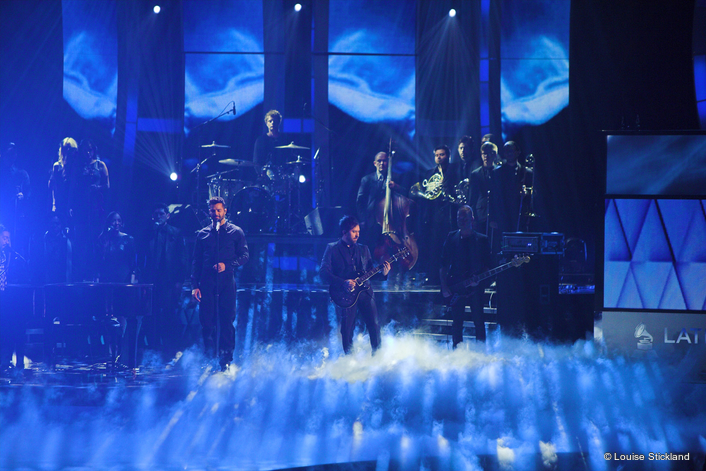 After both performances, the Pointes were struck from the stage.

“I needed an extremely bright and powerful beam fixture that was also small to help quick set up / removal by the stage crew,” explained Colina, “And Pointes met every requirement.”

LD Tom Kenny initially urged him to look at Pointes last year (Kenny was the first US-based LD to use Pointes), leading to Colina specifying the lights for the 2013 Latin Grammy Awards. 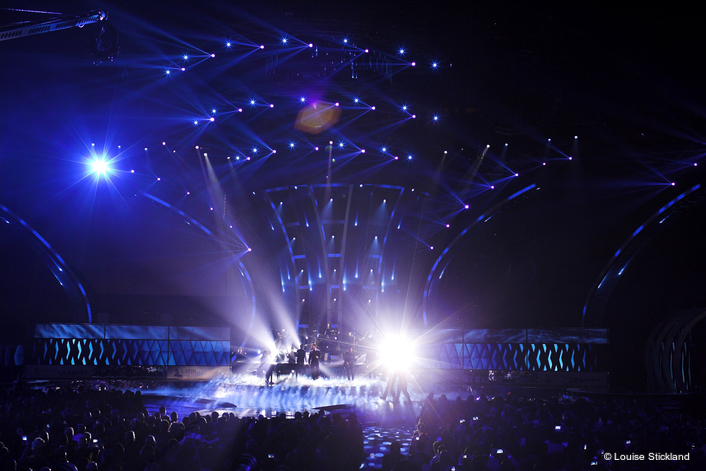 Colina likes many Pointe features including “the sheer variety of effects they can produce, the fantastic beam which goes on forever, the prisms, the breakups, etc.  Basically, it’s a light I can place anywhere and do anything with – ultra versatile”.

He now uses them on various other Univision shows, both in the main studio located in Miami, Florida and on other outside broadcasts.

As a direct result of their live performance of “Perdon” on the Latin Grammys, Camila’s song enjoyed a post-show jump in sales, rising from 21 to number 9 on the Latin Digital Song listings. 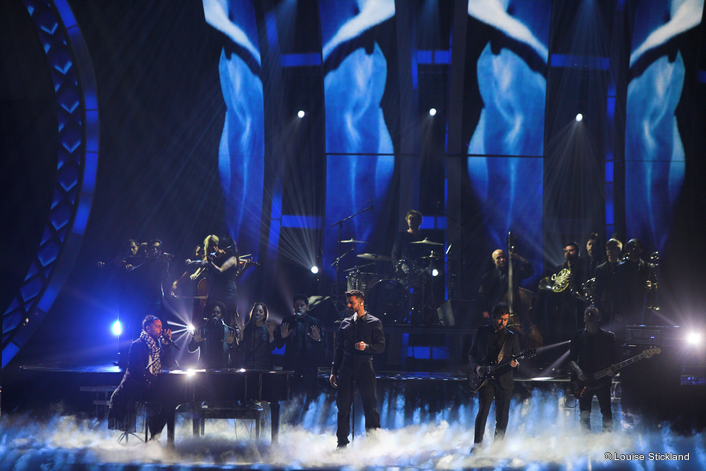 Working alongside Colina on the event was a highly dedicated and talented crew including Lighting Directors John Daniels and Darren Langer; LD/Programmers Felix Peralta and Kevin Lawson and Floor LD Kevin Harvey.  The video content was programmed by Laura Frank, the Head Gaffer was Brett Puwalski and the Gaffer was Alex Flores. They were joined by four lighting techs - John Ellar, David George, Tony Garcia and Daniel McDonough.