Robe is Out There With Paul McCartney in Brazil

The shows were supervised by Roy and operated by Lighting Director Wally Lees. Lighting equipment for all three was supplied by leading Brazilian rental company LPL Professional Lighting and included Robe ColorSpot and ColorWash luminaires, together with other moving lights and generics.

During the presentation in Goiânia, Lighting Crew Chief Mike Hosp from Upstaging, commented, “Everything is going well despite the short load in and out times, and LPL is a good technical partner”.

Original lighting by Roy Bennett
The McCartney show lighting front of house tech is Thomas Walls who has worked in the industry for the last 26 years with bands like Metallica, The Killers and Luis Miguel.

He explained, “In the USA and Europe we work with a bigger lighting system - around 20 or 30 more moving lights, but the design was adapted for the Brazilian tour according to the available transport. Basically, the show’s programming is already complete, so Wally arrives and checks everything so it is ready when Roy gets to the venue”.

“I never thought Paul McCartney was an artist I would work with until the rehearsals started! It has been a great experience to start the tour in Brazil with three shows in a row in three different cities,”  he concluded.

Classic elements of the show which they have been presenting in recent years were included in this one, together with many new ones, including much more video than previously.

Roy highlighted the fact that due to their touring schedule, they often can’t bring their own complete system, so this is primarily sourced locally while they bring a few specifics like the grandMA2 consoles.

“Here in Brazil, when we heard that LPL had the Robe moving lights we needed, it was a natural choice to work with them so we could have consistency over the three shows. Working with LPL has been great, they are very professional.”

He adds that when he visited Robe’s factory in the Czech Republic last fall, he was “Amazed by their new products, so I feel very comfortable using this brand on shows”.

Guillermo Traverso, Robe’s Regional Sales Manager for Latin America, commented, "It's always brilliant to see what Roy does with the lighting – he is hugely creative. The fixtures were taken to an extreme level on these shows, where they had to compete with very bright LED screens at the rear of the stage … and even without haze, you could see the projections and the beautiful colours they produced".

Three unforgettable shows
The first show in Belo Horizonte was completely sold out and highly emotional with an  extraordinary audience reaction that clearly made Paul very happy. For one show-stopping moment almost everyone raised ‘THANK YOU’ signs which completely blew away both artists and production! 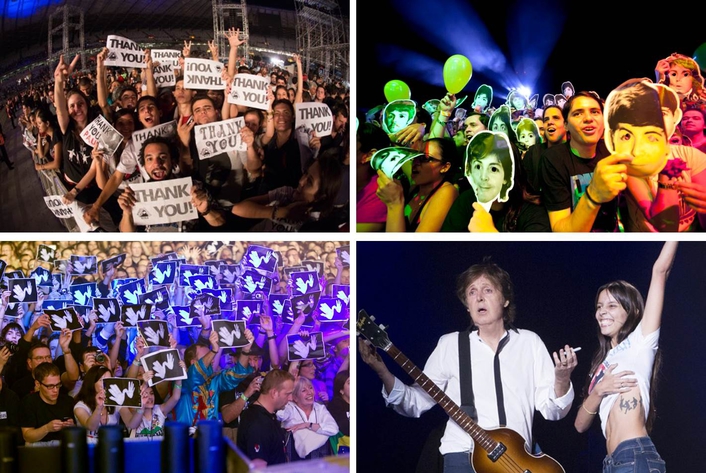 The show in Goiania was invaded by several different types of insects - mainly grasshoppers – all wanting to catch the action! Paul befriended one of them which stayed on his microphone for several songs. Named ‘Harold’, it even said “hello” to the audience! 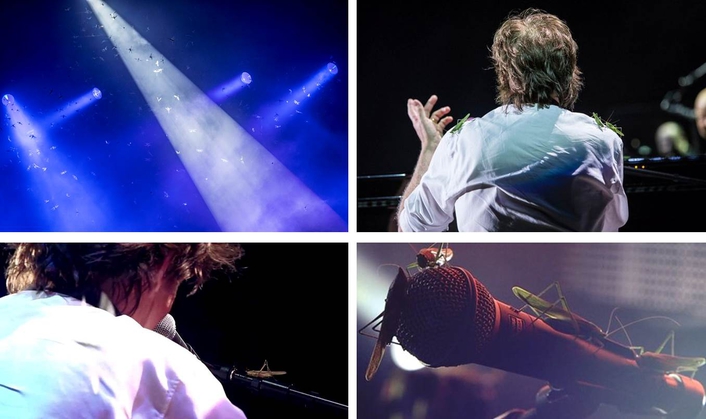 Last but not least, the third performance in Fortaleza took place on an incredibly hot evening, where all will remember a magnificent show with an amazing combination of audio, video and lighting technologies. Beatles for Ever!

Robe In The House for Berlin Summer Rave Event
Tom Kenny Gets To The Poi...with Robe at MTV Upfronts
Robe Summer Magic at Schönbrunn Palace