Robe is One Big Star For Bryan Ferry 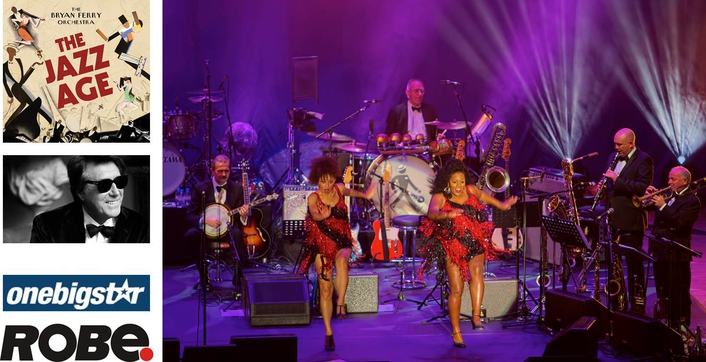 The style and tone of the tour is a vibey mix of jazz and classic hits from the 1970s and early 80s when Roxy Music permeated the art house and alternative music scene with a stylish mix of unique sounds, modern art and fashion.

Clay has worked as Bryan Ferry's LD since 2011. This tour kicked off earlier in the year with a floor specials package for the initial gigs, which segued into a slightly enlarged festival version of the rig and in turn evolved into this full production section which is utilizing 18 x Robe MMX spots, 28 x LEDWash 600s and 12 x LEDBeam 100s, together with other moving lights and a selection of generics. 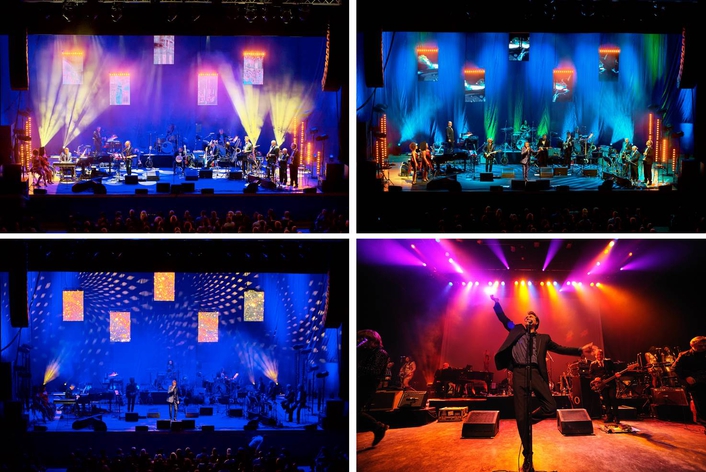 They started off using Robe MMX Spots and LEDWash 600s in the floor specials rig, and one event they played was the Ghent Jazz Festival in Belgium, where the overhead rig also featured Robe moving lights.

The results of having Robe in the air and on the floor were so impressive that Clay decided to spec considerably more Robe for this leg.

With 13 musicians and Ferry onstage, plus a variety of venues ranging from town halls and provincial theatres to the prestigious RAH, flexibility was one of the keys to the design, as well as having the scope to cover the voguish mix of music.

The MMX spots are on the back and mid trusses and the floor; the LEDWash 600s are on the mid truss and the floor and the positioning of the LEDBeam 100s is variable depending on the stage size. At larger venues they are used to make bold slashes across the striking purple backdrop; for the wider stages they are used along the upstage sides to ‘virtually extend’ the stage area and at other times they are tucked in between the musicians and around the backline.

"They are so tiny that you can basically put them anywhere you like," comments Clay, saying that he also loves their brightness, colours and speed.

The LEDWashes are used for washing the stage and band area, and the MMXs for gobo patterns and texturing. Clay has more than enough headroom without even using the MMX’s dual graphics wheels too much, but he just programmed a new number using animations onto the backdrop when Ferry added the ballad ‘Don’t Think Twice Is Alright’ to the 33 song set list! 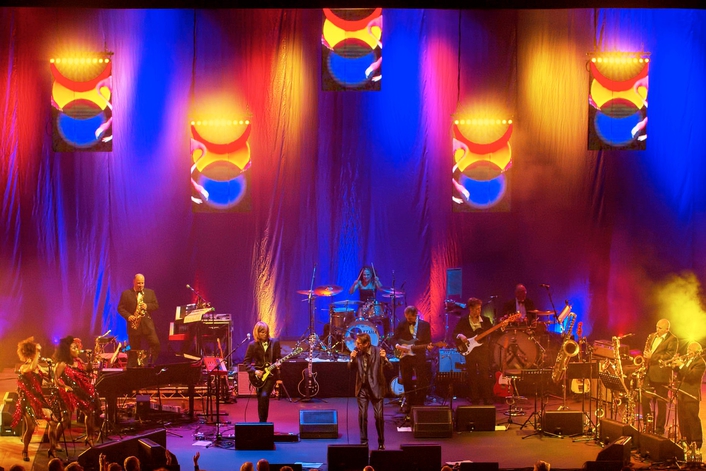 He likes the power and zoom of the MMX Spots and again comments on the rugged build quality.

In fact, the smaller dimensions and weight of all the Robe fixtures enables lighting to be fitted into half a truck!

Two of the trusses are also flown on half tonne motors as the weight is light, which fit two to a box … saving further space! All of this is great news for production manager Des Jabir with the production easily fitting into two trucks, as well as for the local crews who appreciate the lighter lifts!

Aside from the advantages of these practicalities, all the Robe fixtures have been extremely reliable on the road so far. "We've not had to swap out a single fixture," confirms Clay.

From One Big Star's perspective, the new Robe equipment is a vital element of their rental inventory with close to 100 fixtures. Technical Director Steve Yeardsley says, "We made a conscious decision to have Robe as our primary moving light stock with the latest purchases from the new ROBIN series".

He adds that the LEDWash 600 has become a staple element on most of their lighting projects and with  numerous quantities available, these are also ideal for cross hiring in both directions.

Clay operates the lighting using a grandMA2 light console which is also triggering the Catalyst media server running the video. In addition to being the LD, he is also ‘The Jazz Age’ tour’s Video Director and is joined on the road by Lighting Crew Chief Craig Hancock, together with Dave Prior and Tom Edwards from One Big Star, who are supplying video and rigging in addition to lighting. Sound is supplied by ML Executives, with Nick Warren mixing FOH and Steve May on monitors.

The tour continues until the end of November, then on to Russia with the screens and the floor package.

Robe Has One Minute To Win
Robe Definitely Thinks It...n Dance in South Africa!
Robe is Made in Sud