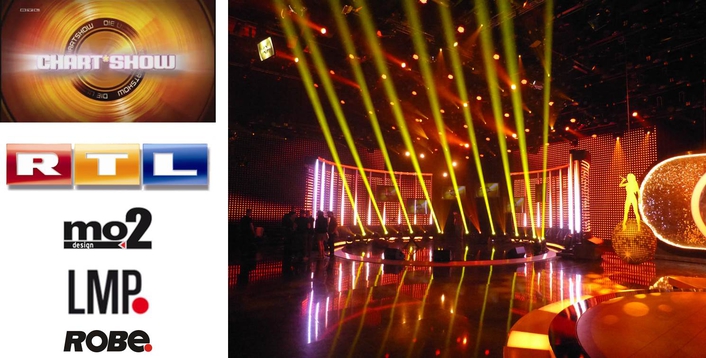 Olma has lit the show for the last ten years, all the time keeping it looking fresh, inventive and visually relevant. He also frequently uses Robe for his work, which embraces many disciplines including television, concert touring and music shows, special events and architectural illumination.

Initially six of Robe’s new Pointe fixtures were delivered to the studio by Robe’s German distributor LMP. It was the very first time that Olma had road-tested the Pointe … he did not know what to expect … and he was so impressed that he asked for more!!

LMP pulled out all the stops to be able to meet his request, enabling Olma to integrate 12 Pointes in and around “Die Ultimative Chart Show” set, designed by Jürgen Schmidt-André
Adding the Pointes gave the show a distinctive and individual look for that week as Olma created eye-popping aerial effects and bright, piercing beam work which worked fantastically well on the wide camera shots. 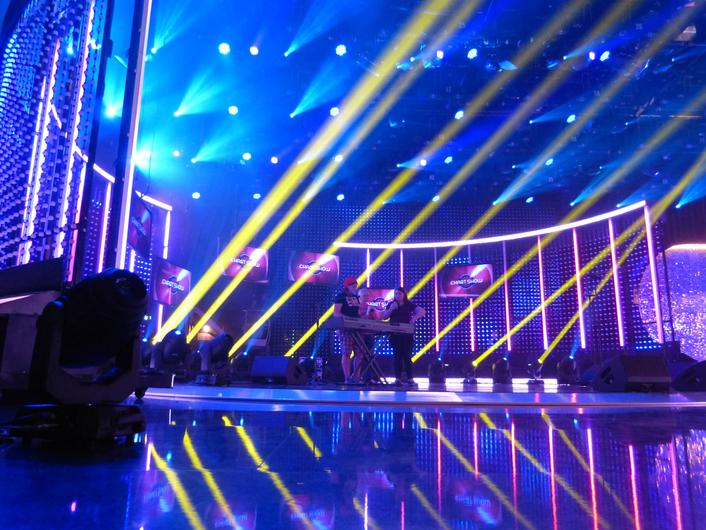 He was overall very impressed. “This very small and compact lightsource is a massive step forward for lighting itself,” he stated.
He compared them to the 700 Spot and Wash fixtures he was using in the studio (from another manufacturer) and confirmed that they “Easily out-perform these with their 280W lamp”.

Continuing, he said – with no prompting - “The Pointe is a top class beam effect – the light cuts through everything around (like smoke and LED screens, etc.) in a very clear and precise way”.
He also likes the smooth dimming curve, which is equally as good when the Pointe is being used in spot or wash modes. “There is always a clear definition of the beam edge at whatever percentage the intensity,” he observes.

He also appreciates the zoom ranges, which are 2.5 – 10 degrees for the beam and  5° – 20 degrees for the spot modes.
On the gobos he says, “They work very well when zoomed in or out, always sharp, crisp and clean”, concluding “Overall the light is an extremely versatile tool either as a spot with great projection capabilities or as a wash unit with stunning effects”.
Robe’s Pointe is a truly multi-purpose beam, spot and wash fixture - a small, super-bright and very fast ‘signature’ unit developed with an intense and sharp parallel beam plus a host of features to make it unique and unparalleled. 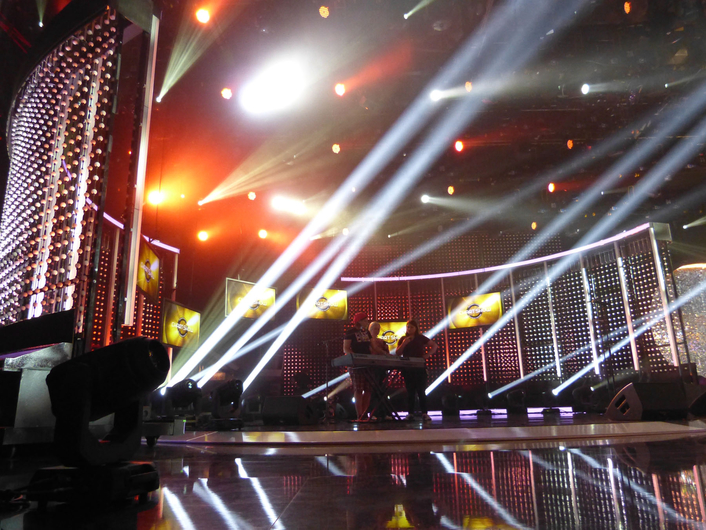 Special characteristics include phenomenal speed and a cool list of additional creative features like the zoom, linear and circular rotating prisms, rotating and static gobo wheels … all of which set it above the rest!
It’s robustly built in the Czech Republic to Robe’s renowned and exacting quality standards and weighs just 15. 2 Kgs!

Many shows and events are getting the Pointe … including David Guetta in Hannover; the CMT Awards in Nashville Tennessee; the MTV Upfront Presentations at the Beacon Theatre in New York, Portishead at the 2013 Glastonbury Festival of Contemporary Performing Arts and the house lighting rig for The Eden Sessions in Cornwall - both in the UK - and many more … the list is growing daily!