Robe LEDWashes 1200s ‘Be Lucky’ with The Who 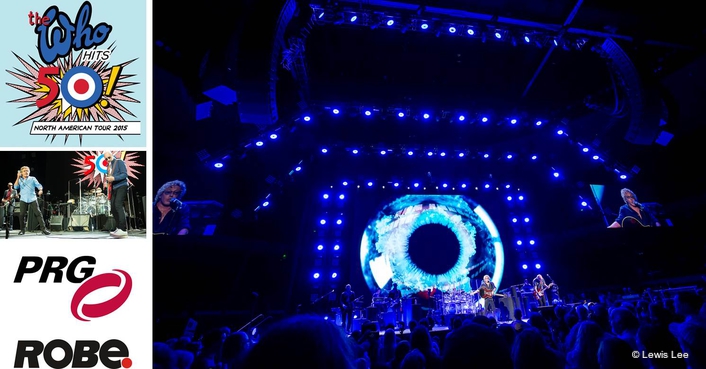 .
The Who are amongst the world’s ‘greatest’ and most influential rock bands, with a reputation for great music, uncompromisingly edgy lyrics, fast-and-furious live performances and shouting out for the mod generation. Add the countless innovative studio albums, 100 million plus records sold and a career spanning over 50 years, and the word ‘legendary’ is no exaggeration!

Leading international Lighting Designer Tom Kenny has enjoyed his own illustrious working relationship with The Who … dating back to 1989! This – an impressive achievement in terms of client loyalty - has resulted in the creation of numerous dynamic environments to showcase their live shows which are still action-packed with energy and passion.

Tom frequently uses different Robe products on his various projects, and for the current Who tour – a celebration of 50 years at the sharp end of rock ‘n’ roll - he chose 60 Robe LEDWash 1200s to be on the rig.

A major challenge in designing lighting for The Who in recent years is that no smoke or haze can be used, which immediately rules out certain types of lights.

Tom has been using LED sources increasingly in his designs … and decided to continue that theme on this current tour. 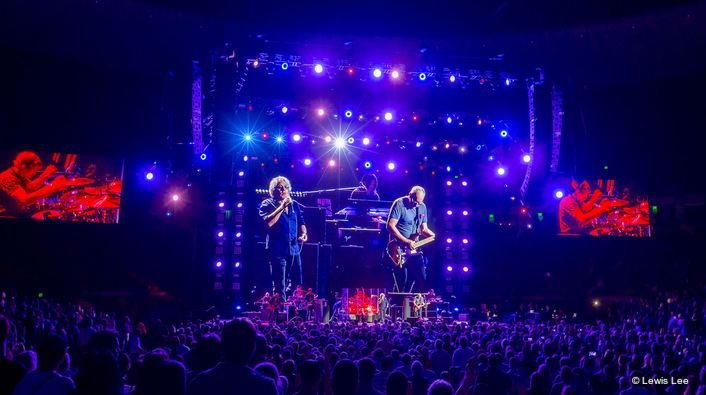 A large video system features an upstage LED screen, so any lights had to be potent enough to punch through the ambient lighting levels. He also decided to incorporate LED pixel panels in his design, which amplified the need for a very strong LED wash light.

The LEDWash 1200 was an ideal choice. The fixture’s individual ring control also gives the additional scope to reproduce the look of the iconic Who ‘target’ graphics.

Added to which, “I can spec LEDWashes worldwide and get them almost anywhere, and they are extremely robust in all ways,” comments Tom, who really likes the color, the speed, the quality of light output and the effects he gets from them. 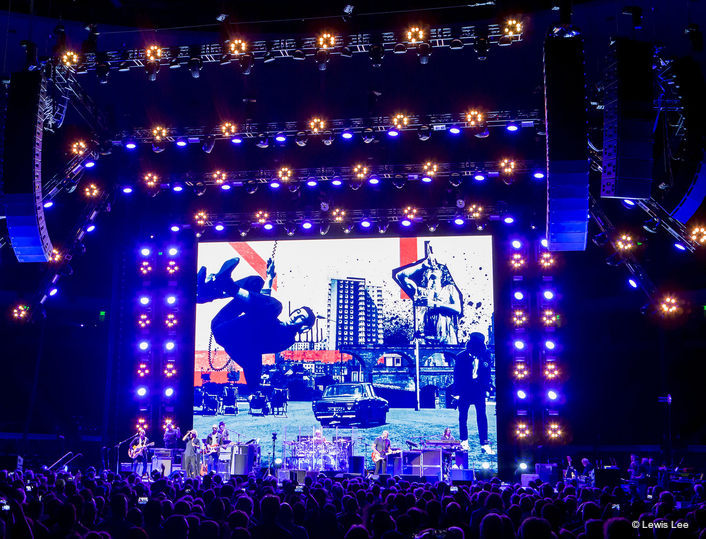 “I also needed something that was very lightweight, and you can’t beat the LEDWash 1200s,” he states.

The LEDWashes are positioned all over the trusses, which include four overhead, four ‘wing’ trusses at the sides and four vertical towers upstage, and are the primary lights of the show.

Rather than having a traditional scenic set, the stage is defined by the LED screen at the back and the various LED lightsources on Tom’s rig. 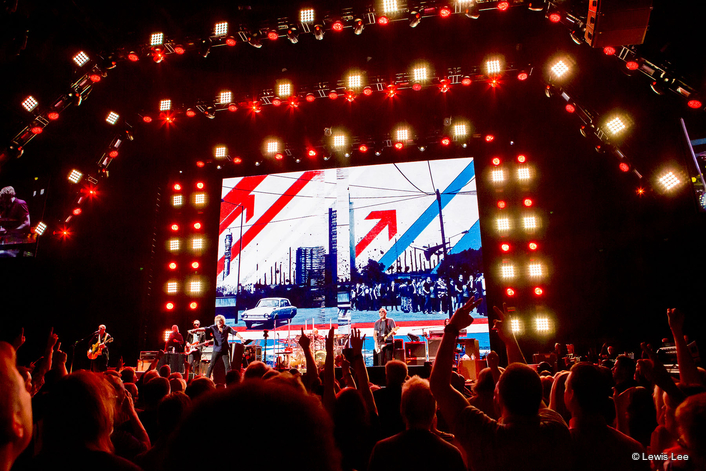 The Who draw on their extensive back catalogue of music each night and Tom really enjoys the spontaneity and buzz of lighting their live shows.

The colors he’s chosen are closely related to the eye-catching video content produced by Des Murphy and Chris Rule, and Tom describes lighting the show as “A paletted cosmic journey .. with plenty of humor” through The Who’s groundbreaking career.

He’s received a lot of positive feedback on how refreshing it is to see a show that’s not dependent on ‘beam technology’ to produce dramatic and compelling lighting. 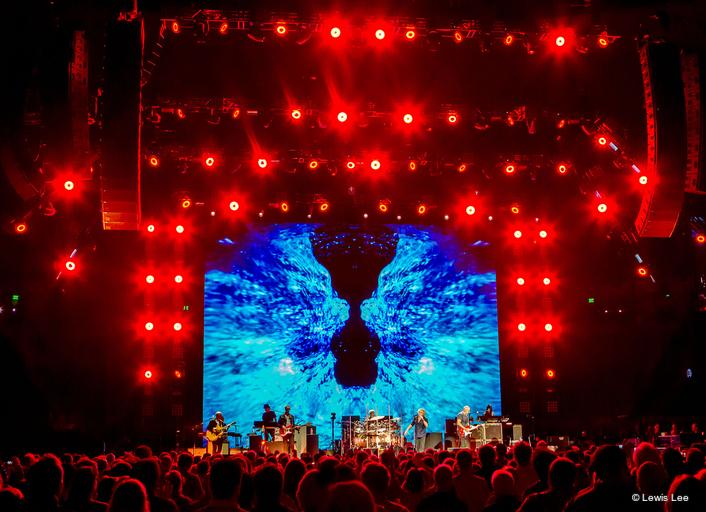 The latest US leg of the Who’s tour continues through April, with lighting and video kit supplied by PRG.

Tom is joined at FOH on the tour by David “Fuji” Covertino. They programmed the lighting together onto two grandma2s which are run by Fuji, with Tom controlling the key lighting and calling the show. The camera director is Mathueu Coutu and the playback video is operated by Giani Fabricio.

This summer The Who are scheduled to play a selection of festivals and a massive headlining gig in London’s Hyde Park.

The Who
PRG
Robe