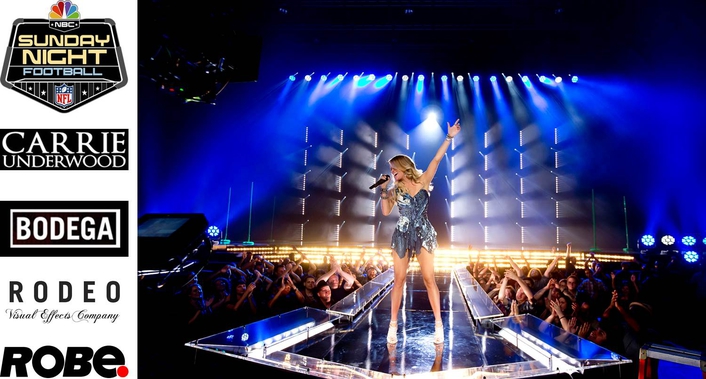 Los Angeles based Lighting Designer Benoit Richard was responsible for lighting Underwood’s energetic rendition of “Waiting All Day for Sunday Night”, a re-working of Joan Jett’s classic “I Hate Myself for Loving You” for NBC Sports and San Francisco and New York based producers, Bodega Studios. 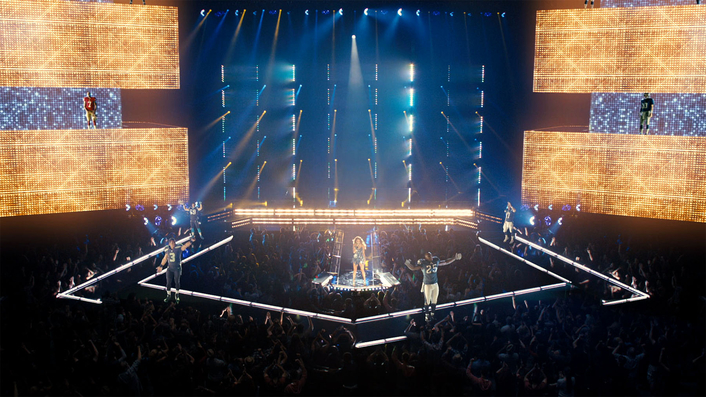 Richard’s design included eight 35 foot high vertical towers directly behind the stage, each of which was rigged with five CycFX 8 fixtures. He then placed 32 x Pointes in between the CycFX 8 for yet more variety, making an impressive Robe back wall of highly versatile fixtures. 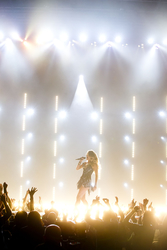 The Intro was recorded at the Raleigh Studios at Playa Vista, a former aircraft hangar near the beach and also near LAX International Airport. The site is also a historical landmark where the Hughes H-4 Hercules ‘Spruce Goose’ prototype heavy transport aircraft was constructed in the 1940s.

The hangar, which measures over 700 feet long, 102 feet wide and 50 feet tall, was divided into four separate sets. A large main performance stage was built, complete with runways and catwalks. Two green screen areas were also established to film the NFL Players. An interview / ‘backstage’ area was available for the use of various press and media outlets covering the event.

The lighting brief for the main performance area was to replicate the drama and excitement of a full-on rock concert – in the finished Intro Underwood plays to a massive outdoor audience - so Richard thought it would be an ideal opportunity to utilize some of the very latest lighting technology available.

This is why he chose Robe’s ROBIN Pointes and CycFX 8s.

“I looked at what had been launched in the last 12 months and these two products really caught my eye and really inspired me,” he explained. It was the first time he had used either fixture on such a project.

He noticed the CycFX 8s right from the start, “It has RGBW colour mixing with individual pixel control, a great flood / spot feature and an amazing 135 degree tilt in both directions. This fixture is really unique”.

An additional 16 x CycFX 8s were fitted along the sides of the main runway, which complimented the onstage stairs that were trimmed with MR16s.

He found the custom macros of the CycFX 8s “Phenomenal” as well as time-saving during the programming sessions. 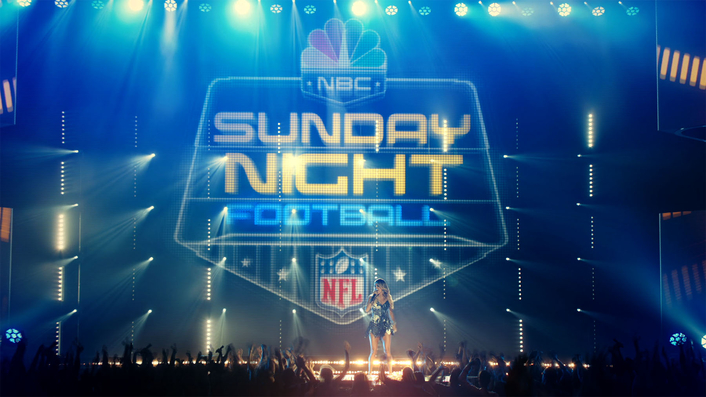 The Pointes worked perfectly as ‘special guests’ for the CycFX 8s, Richard commented. He thinks they are “Fabulous”, and was very impressed with the range and diversity of options that they brought to the mix, helping him to deliver the really crisp, crunchy looks that Director of Photography Chuck Ozeas required.

The Robe fixtures were supplied to the production by La Mirada, California based Felix lighting, coordinated by Charlie Mailings.

Richard programmed the lighting to timecode on a Hog 4 console using his own ProTools system. 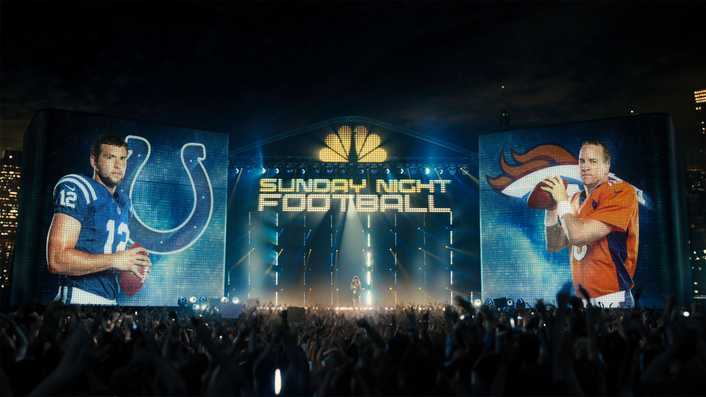 Everyone on the creative team was thrilled with the results of the video shoot. With the application of some serious magic by the post-production team led by Creative Director Haley Geffen and Montreal based visual effects company Rodeo FX, this is being hailed as the best Sunday Night Football Opener to date.