Robe for Idols in Finland 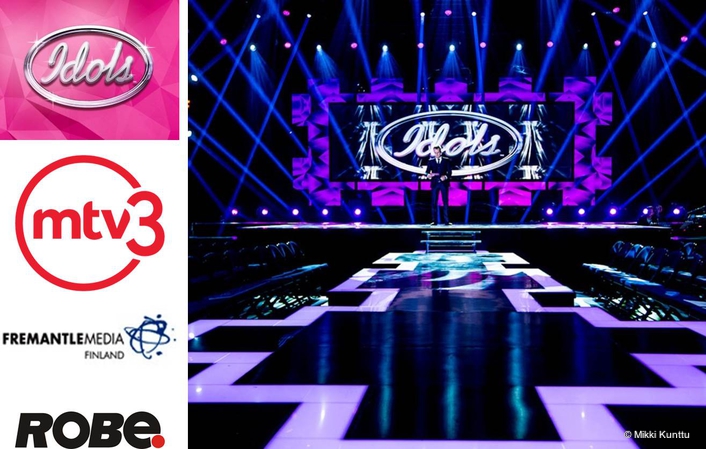 Leading Finnish Lighting & Visuals Designer Mikki Kunttu is putting his own creative stamp on the current season of Idols in Finland, for which he is lighting, visuals and set designer. Finnish Idols is in its seventh glorious season and also celebrating the 10th  anniversary of the first one in 2003 – which was also lit by Kunttu.

Thirty-six Robe Pointe moving lights are helping to make a big visual impact for the show, about which Kunttu comments, “We are very happy with them!”
Idols is one of the most popular programmes on Finnish TV and follows the familiar Idols’ format of seeking the best unsigned singing talent in the country. It’s produced by FremantleMedia Entertainment Finland, recorded at Barona Arena in Espoo in front of a live audience of 1500 and broadcast on MTV3. 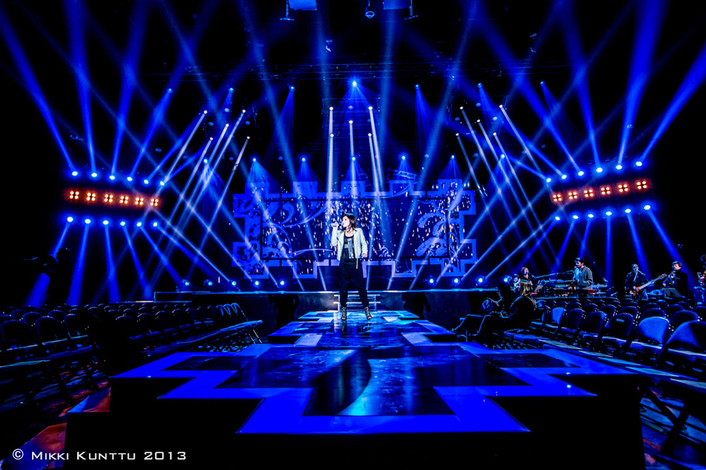 There are certain key requirements for lighting a show of this nature and one of these is to be as adaptable and ‘open’ as possible to accommodate the sheer variety of musical styles and genres that will be embraced across the timeline of the series, where the top 12 contestants battle it out for the Idols’ crown!

It’s the first time that Kunttu has used Robe’s new Pointes in his work, but he had the confidence to do it on such a high profile show because of his previous experiences with several of Robe products.

“”Robe products are one of my regular workhorses and I use them across the full spectrum of shows that I design – theatre, rock ‘n’ roll and television, special events, etc.”.

The 36 Pointes, supplied to the show by Akuntehdas are distributed between three pods in the ceiling, with some positioned on the floor.

“They have real punch and I love the zoom and the colour system,” he states, adding that he intends to use them as often as he can in his upcoming work! 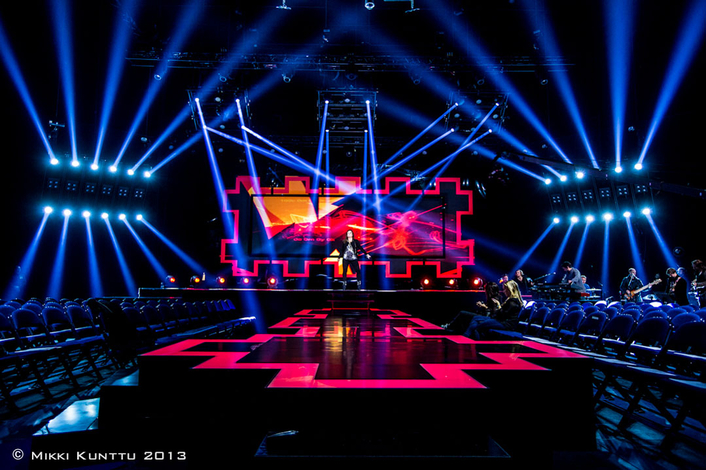 The Idols 2013 lighting set up comprises two rear trusses for back-lighting positions; the three upstage pods; two side pods which are slightly larger and rigged with different fixtures to the rear ones for contrast … and a front truss. 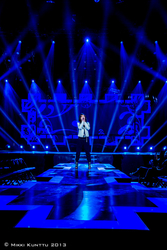 Kunttu is primarily using the Pointe’s extremely bright beam and effects options to produce extra depth for the camera shots.

Lighting for Idols 2013 is being operated by Pekka Martti using a grandMA2 light  console, which is also running the video and the series is directed by Niko Nykänen.