.
Popular American punk pop band All Time Low recently took the UK by storm on their latest “A Love Like” tour, and part of the WOW factor for their energy-fuelled performances was the lighting design created by Boston based LD Jeff Maker.

Lighting for the UK tour was supplied by Leeds based rental company Zig Zag and included over 80 Robe moving lights including 54 x Pointes, 12 x LEDWash 600s and 12 x LEDBeam 100s all from Robe’s ROBIN range.

Parnelli-nominated Maker has worked with the band since 2009 and his visual starting point for this tour was based on four different backdrop reveals throughout the set – a budget-friendly strategy to bring multi-layered looks and maximum dynamics to the stage and the pacey set. The set also includes semi-transparent riser ramps which are under-lit. 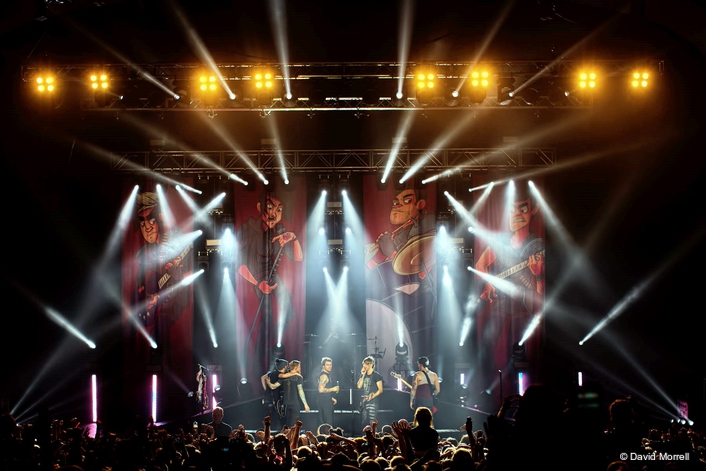 It is the first time that Maker has used Pointes on a tour, so beforehand he researched the fixtures extensively, studying product videos and demonstrations and also canvassing the opinions of other LDs as to what effects they could achieve using Pointes.

He’s used the LEDWash 600 and LEDBeam100s among several other Robe products - a few times on different projects, and states, “I love the effects that all three types of fixture (used on the tour) can create, and wanted to use them for a number of specific looks I was imagining”. 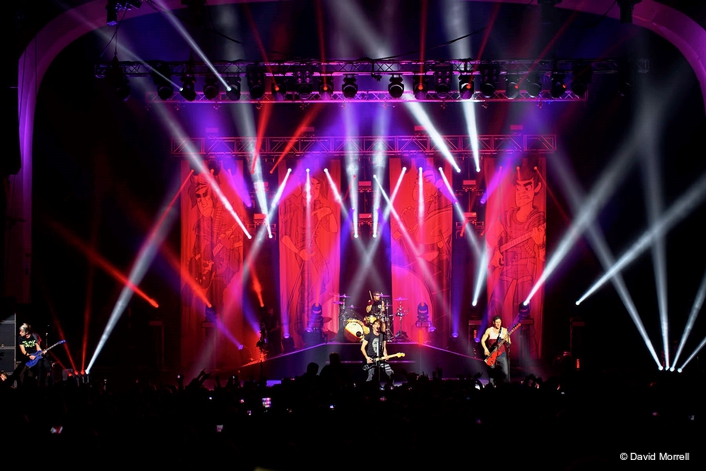 The All Time Low lighting design is based on three overhead 40 foot trusses with four T-pipe sections rigged between the backdrops on the upstage one, together with eight vertical truss towers on the deck.

The moving lights were distributed all over these structural elements, with additional Pointes and LEDBeam100s positioned underneath the riser grills. The small size of both types of fixtures made them ideal for the task. 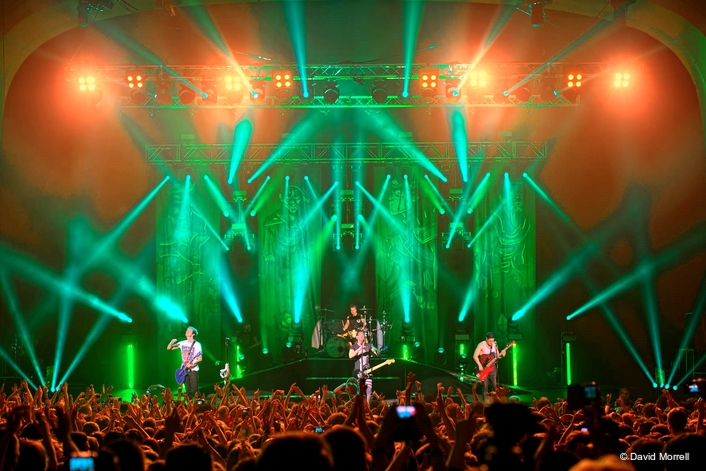 “I love using Robe fixtures in any of my designs,” he declares, “They are versatile, reliable and deliver the punch I look for in a lighting product”. He adds that he’s also always interested in what Robe will develop next, appreciating the company’s penchant for innovation. 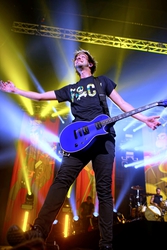 The biggest technical challenge on the UK section of the tour was creating a scalable rig  that would look equally good n the larger venues like Brixton Academy and that could be “tastefully reduced” to fit properly into some of the smaller ones … whilst still having the visual impact the band wanted for its audiences.

Maker was joined on the tour by Zig Zag’s technicians  James Britten and Tom Loynes. He has now worked with the company headed by Neil Hunt three times, each time had a thoroughly positive experience.

“It’s always a pleasure working with Zig Zag,” he comments, “Their crew are brilliant and the company goes ‘above-and-beyond’ for me like no other UK lighting company”.

Zig Zag has invested heavily in Robe products in recent years including most recently the Pointes, which were delivered by Robe UK.

Robe is Amazing on 2014 E...sti Laul Show in Tallinn
Robe is a Winner at Sanremo Music Festival
Robe Hits It Hardwell in Sao Paulo