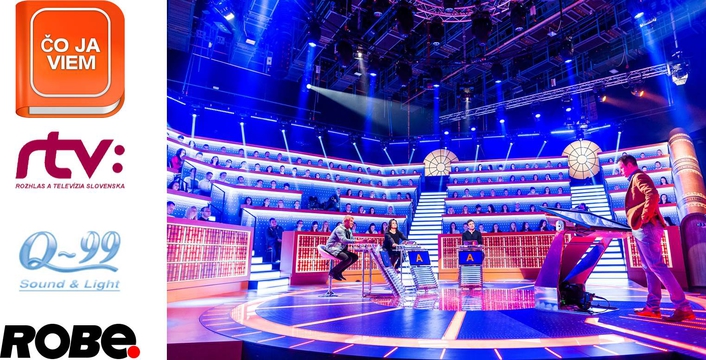 .
The new RTVS (Radio & Television Slovakia) quiz show series Čo Ja Viem?!  (What do I know?!)  was recorded at Mlynska Dolina film studios in Bratislava and featured a lighting design by Martin Kubanka, with Robe moving lights right at the centre of the visuals.

The 13 episode show – presented by sports commentator Marcel Merčiak and currently being broadcast on RTVS1 – sees the wits and knowledge of three celebrities and 200 students in the studio pitted against one another during knock-out rounds and then the finalists competing for money. The unique twist is that the watching public can also join in to the action via a smartphone app … also potentially winning prize money! 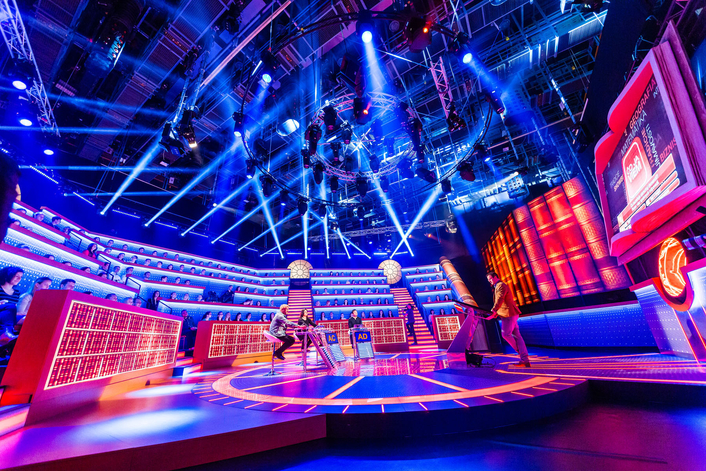 The set was a combination of high tech and traditional elements, with a large central LED screen surrounded by multiple LED screen panels flanked by scenic book-backs. This was designed by Daniel Šichman to fit the brief of the series producers / licensees TALPA Media.

The lighting design however was left completely open. After ensuring that the set and competitors were well lit, Kubanka then added a number of clearly recognisable lighting states used for different moments in the game e.g. for when the time limit for answering the question is about to expire.

These were positioned on two circular trusses with 4 and 8 metre diameters respectively, flown above the stage area.

The spherical trusses enabled the creation of circular movement around the competitors using the Beam 600s and 300s. When the time-limit for answering the questions started to tick, the ROBIN 600 Beams started strobing all adding to the tension and anticipation in the studio. 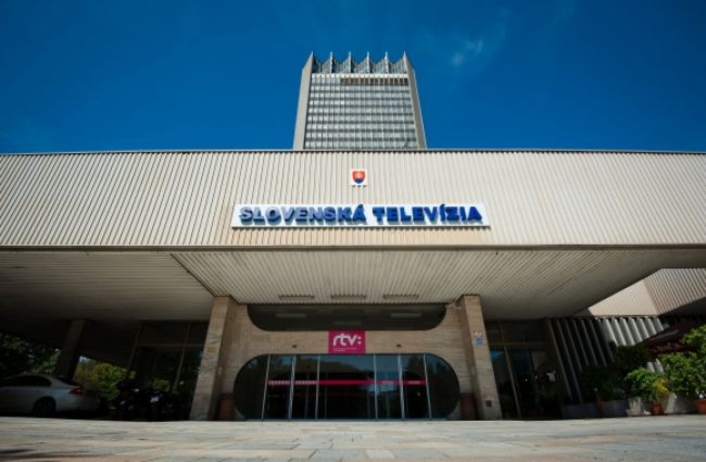 Kubanka has many years of experience in lighting TV shows of all types and says, “With ‘Čo Ja Viem?!’, on top of the basics, we needed to add these visual effects at specific points. We didn’t need a massive amount of fixtures, so the 600 and 300 Beams and ColorSpot 1200s were chosen because they were just right as the best and most appropriate for the job”.

Two grandMA2 full size consoles were used for control of lighting and video, operated by Michal Brna and Marek Krasňan, and Čo Ja Viem?! was directed by Tomáš Eibner. The DoP was Vladimir Ďurčanský.

Kubanka is Slovakia’s top TV Lighting Designer / Director and has used Robe products in his work for many years. He always underlines the reliability and creative scope of the products as the main reasons for his continued brand loyalty.

Q-99 Makes A Pointe
Robe Runs With The Best at Sportovek Roku
KHL All Stars get The Pointe!