Robe Gets in a Panic

Multi award winning American rock band Panic at The Disco continue their ‘Death of a Bachelor’ tour in the US with a striking production design created by Matt Larivée of Montreal-based creative practice Lüz Studio, who worked closely with the band’s lighting designer, Alex Specht.

Together they specified 50 x Robe BMFL Spots, 10 x CycFX8s and six PATT 2013s which are prominent on the rig. The idea was to create a very dynamic stage aesthetic which would highlight the classiness of adding a Sinatra-style horns section to the lineup combined with a mysterious new cult logo.

The architecture of the rig with gold-painted ladders at the back, contrasted with five moving curved LED video ‘chandeliers’ which meant the environment could easily switch from classic to edgy and contemporary! 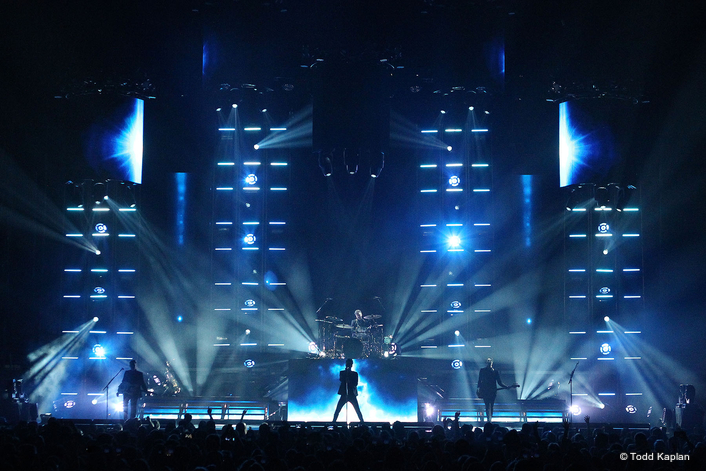 The BMFL Spots are dotted around the rig on the upstage ladder structure, on the video chandeliers and the floor. They needed a high powered hard-edged fixture that could slice decisively through the various video elements which also include three upstage fixed LED screens.

Alex had encountered BMFLs on multiple festivals recently and had been wanting to try them out for a tour. “They are very quick for a fixture that powerful,’’ he commented. 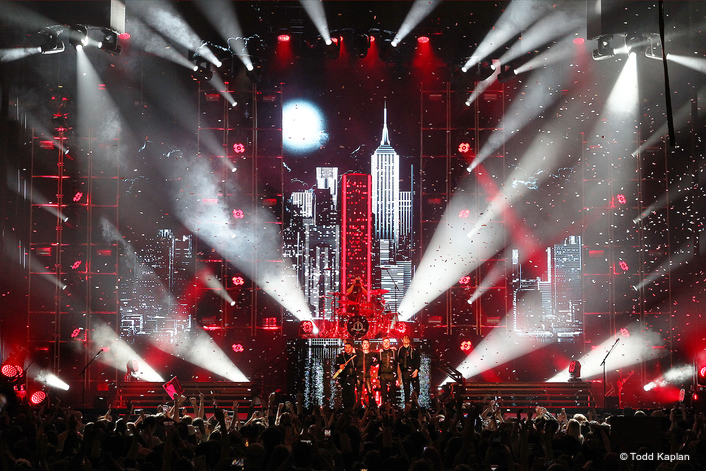 It was also the first time that Matt had worked with them, “nice fixture – very versatile,” he stated.

The PATT 2013s were rigged on mid stage pantographs which came in during two songs only for maximum impact.

During ‘Death of a Bachelor’ they mimicked elegant vintage prop lights, and in ‘Crazy=genius’ they added some serious madness as fixtures on a psycho asylum ward! 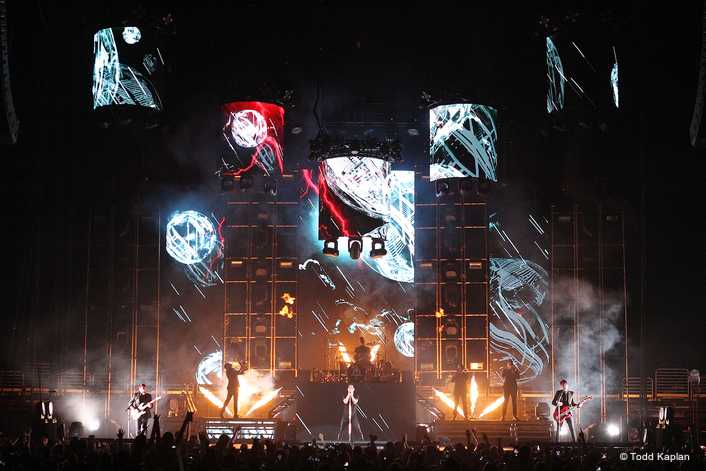 Chosen for their “beautiful” appearance, Matt appreciates the golden reflector and comments that they produce a “fantastic” incandescent glow when on at around 15%, while they can also be plenty punchy and full of attitude for rock moments.

The CycFX 8s were used as footlights, where they were very versatile, also doubling up as blinders and as front filler to complete the big production looks.

A major challenge of the design was ensuring a harmony between lighting and video and other visual components, a task made infinitely easier for Matt as a show designer involved in all departments including the automation.

Lighting was programmed by Alex who is out operating the show on the road and all the lighting equipment is being supplied by Upstaging.

The tour continues in the US through April. 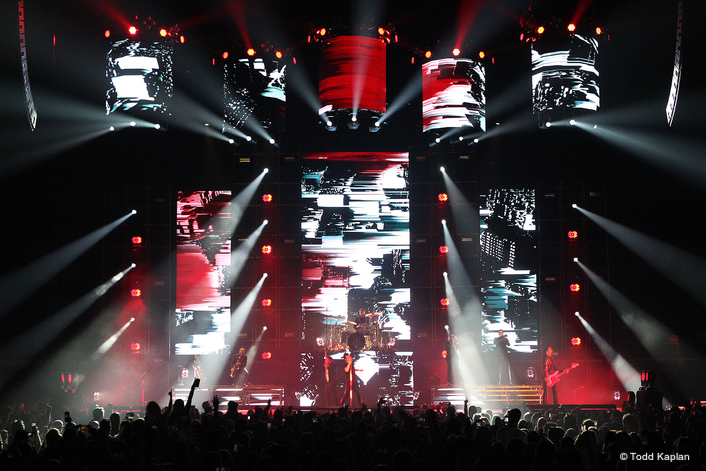 Lüz Studio was founded by Matt in 2007 – the same year he was nominated for a Parnelli Award for his work lighting the Pyramids in Egypt for a televised concert. In 2009 he started integrating video into his designs and hired a video content director to work on producing bespoke material. The company has now grown to 13 talented full time multi-skilled creatives plus some regular freelancers, overseen by Matt as Creative Director.