Robe Gets Its Rizzle Kicks On Tour 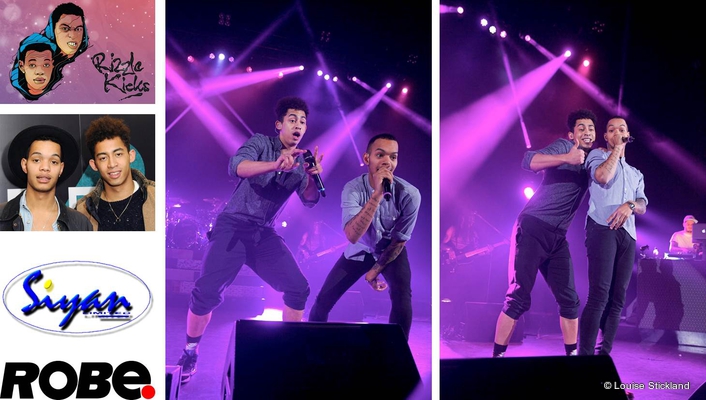 Smiffy initially lit the band when they were opening for Ed Sheeran – for whom he was working as Lighting Director - in early 2013, and at the end of the year, was asked onboard to create an eye-catching design for their own production tour.

The core of the rig was floor based on eight vertical trussing towers. Rigged on each of the six upstage ones were six Robe ROBIN Pointes and 18 x Robe ROBIN LEDBeam100s. Six ROBIN LEDWash 600s – three per side – graced the most downstage pair of towers providing low level front light skimming across the stage, and described by Smith as “Absolutely awesome!” 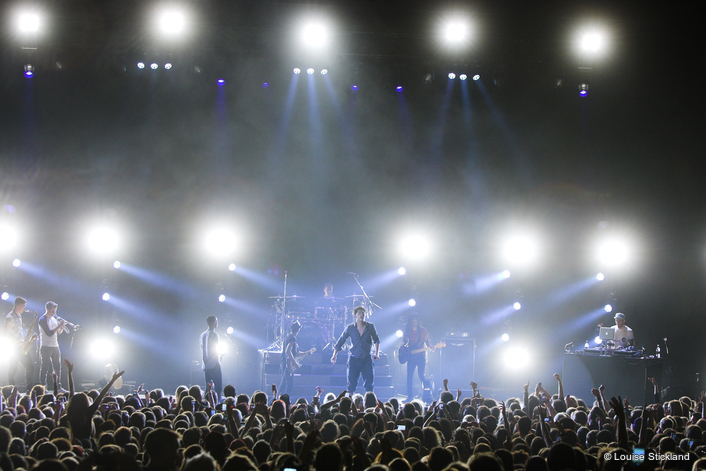 While the upstage fixtures provided a myriad of mind-boggling fast-and-furious effects, the LEDWash 600s on the downstage towers were a perfect solution for front lighting. In spite of all the chaos happening onstage … it was important to see the band.

The tour’s itinerary featured a great diversity of venues - small, medium and large, from legendary Rock City in Nottingham to iconic Hammersmith Apollo in London - and for the larger ones, Siyan also supplied a back truss with another six Pointes and nine LEDWash 600s.

Other fixtures on the rig included a splattering 2 and 4-lite moles and two follow spots – although with the effectiveness of the strobing on the LEDBeam 100s and LEDWash 600s, you could be forgiven for thinking that there was also a bunch of strobes! All faced the real challenge keeping up with Rizzle Kicks Jordan and Harley during their 90 minute high-energy work-out of a set! 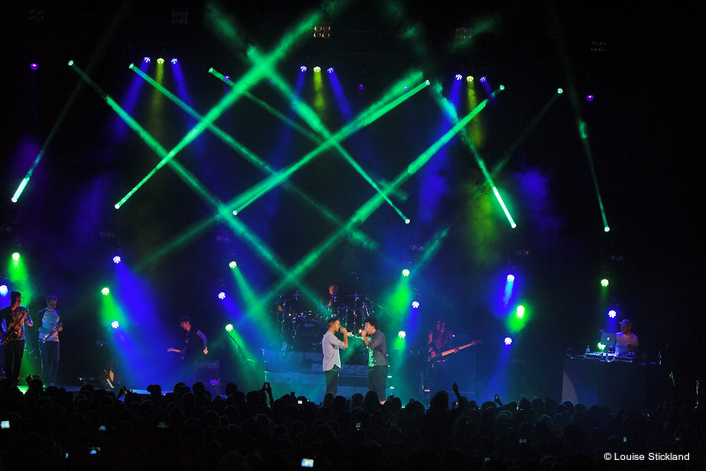 For a really expediently sized rig – and considering the flash-tastic, full-on pace of the show - using the Robe fixtures really helped Smiffy keep the visual pictures exciting and interesting right the way through. He was even able to hold some looks and effects back for the encores in an impressive feat of highly detailed programming and spot-on execution via his grandMA2 light console.

Smiffy has used Robe products extensively over the years, in fact even dating back to when Robe was still an OEM manufacturer and before the brand was launched in its own right in 2002!

He admits to being “Blown away” by the Pointes, which he first used on the Conor Maynard tour at the end of 2013. “I am amazed by their speed – and they are perfect  for this show where everything is at full-tilt craziness pretty much all the time”. 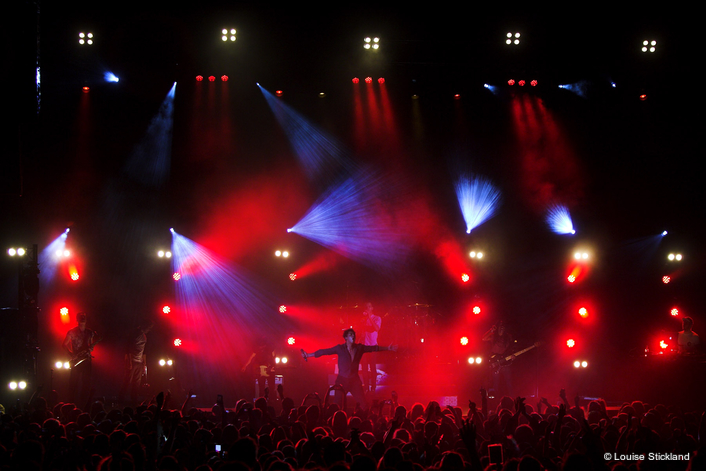 He adds with a mischievous grin that he has pushed the Pointes relentlessly on these Rizzle Kicks shows … in the process creating numerous effects that he’d never even imagined possible before, with the fixtures all keeping up without a single breakdown!

He also appreciates the extreme speed of the little LEDBeam 100s, which again is great for this show “This music originally screamed ‘scans’ at me for their sheer speed – but now I have found moving lights which can out-perform them on this parameter!” he declares. 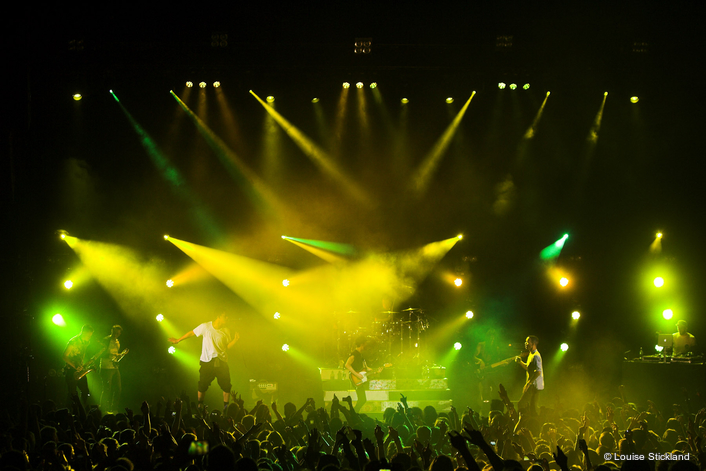 Apart from looking fantastic, the overall design was also extremely practical in that Smiffy and his Lighting Tech Ben Houghton could get it in, up and ready - and out again at the end – in a personal best of around 90 minutes!

The compact small size and light weight of the Robes meant the lighting department fitted comfortably into their allocated 12 feet of truck space on the one truck tour … with a few centimetres to spare!