Robe Gets The Idol Treatment Again in SA 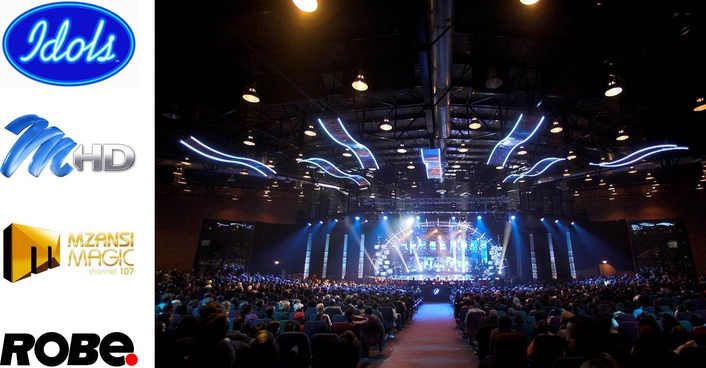 .
Award winning lighting designer Joshua Cutts from Visual Frontier designed lighting and video for the current series of Idols SA, with Robe moving lights featuring prominently in the rig, helping to create all the drama and excitement associated with the popular TV series.

Staged at the Mosaiek Theatre in Northcliffe, Johannesburg, and showcasing the rich array of local singing talent, the final 10 contestants battle it out for the 2102 title.

It is the third consecutive year that Cutts has designed the look and feel of the show.  Designing both lighting and video brings a great visual coherence to the show which has been noticed and appreciated by many, and Cutts recently won the 2012 Technical Production Services Association (TPSA) Award for ‘Lighting Designer of The Year’. 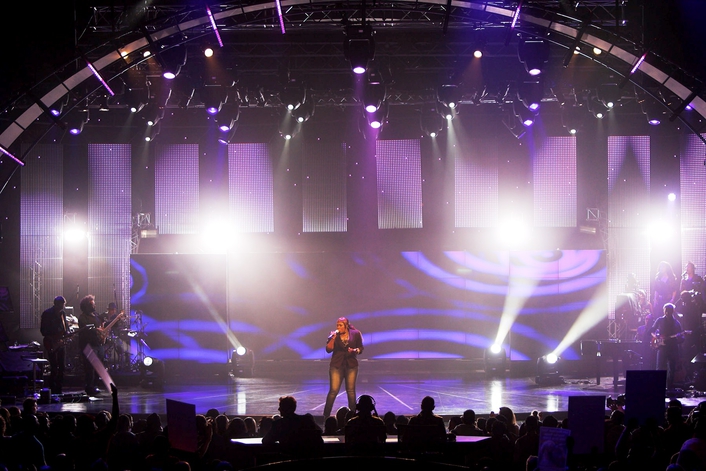 The series is produced by Sic Entertainment and is recorded for broadcast on Sunday night’s prime time slots on MNET HD and Mzansi Magic – with the results show live on the following Tuesdays.

Video is central to this year’s design which has really expanded the relatively tight stage space in the Mosaiek Theatre, giving it the appearance of a much larger venue, with clean, clear eye-catching mix of LED panels and LCD screens. 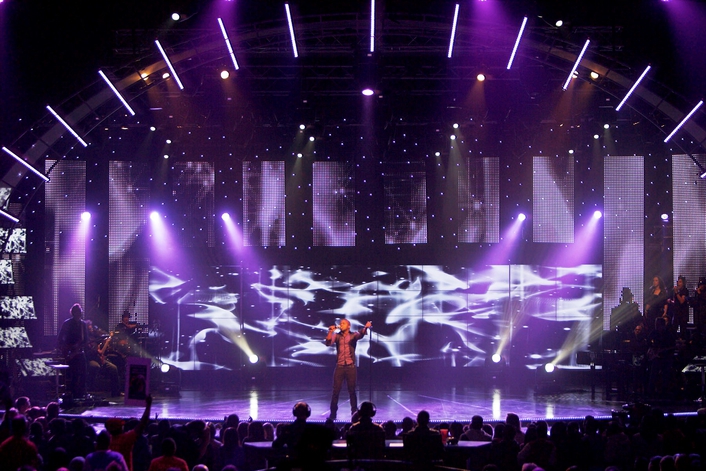 The stylish stage setting for the series was the result of the pooled imaginations of Cutts, set designer Dewet Meyer and series director Gavin Wratten. They wanted to create plenty of onstage energy that radiated out into the audience, wrapping them up in the dynamics of the performances.

Behind the main onstage screen - which opens for entrances and exits - is a block of Robe StageQube 324 LED panels which provide a massive blinding effect for artists as they walk through. 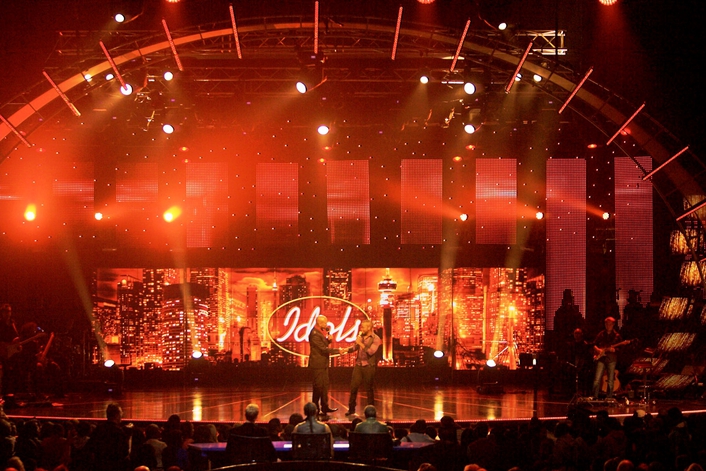 These are rigged on a series of overhead trusses, including a prominent arch shaped truss which defines the front edge of the stage - in contemporary proscenium fashion - and an advanced truss just in front of stage.

The Robes are used for all the major stage and artist lighting and effects. 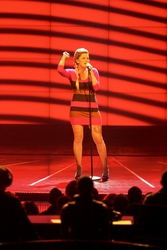 Having LEDWash 600s positioned on the advanced truss has enabled Cutts to illuminate and colour the large, hugely enthusiastic live audience of over 3000 each week, which works spectacularly for reverse camera shots of the judges when pronouncing. A new lighting scenario for this series, it is working very well.

There are only six LEDBeam 100s on the plot – positioned on the recess on top of the main onstage video wall – but the super-small, mega bight fixtures make an enormous back beam impact! A giant effect out of a tiny fixture!

These are complimented by six ColorBeam 700E ATs on the floor, which are also impressive for low level aerials.

Says Cutts, “Robe is increasingly my choice of moving light. The new LED range in particular really impresses me”. He remarks that the colour mixing is exceptionally good in Robe’s LED fixtures.

He still also really rates the ColorWash 2500 as one of the “Best wash lights around”, again for their power, punch and of course reliability which is synonymous with all Robe products.

For Idols SA, he controls these and all the other lighting used on the show from a grandMA2 full size console, supplied together with the rest of the lighting and video equipment by contractor Dream Sets. He is also triggering the Pandora’s Box media players running video content from the desk.

Sound is supplied by Audio Logic with FOH mixed by Marius Marias.