Robe Gets Emotional with Twenty One Pilots 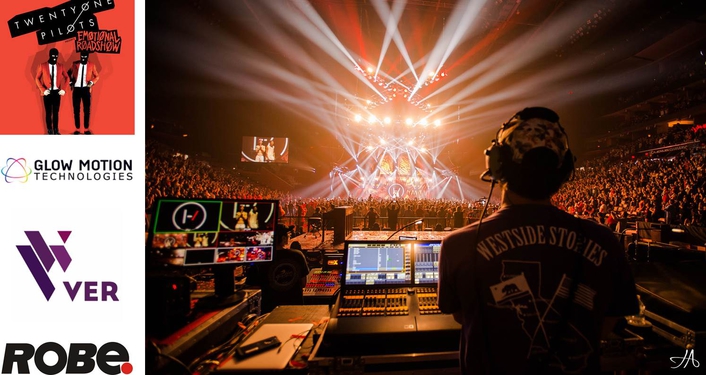 Twenty One Pilots (TØP) are among the most exciting and original bands right now, and while they cross and defy genres and pigeonholes with glee and their reputation grows for delivering an emotive high energy live show … these are crafted with love by many talented individuals into a ‘must see’ phenomena and real-world social experience.

Production designers Daniel Slezinger and Justin Roddick have embraced this eclectic theatrical mix of spectacle, mood and thought provoking performance since 2012, and the first time they saw TØP play at 12th & Porter, a Nashville club they owned at the time. Taking it from a US trailer tour to a sold-out multiple truck arena / amphitheater world tour, they have spec’d nearly 180 Robe fixtures for the current “Emotional Roadshow.”

TØP’s Tyler Joseph has always taken a creative lead in the shows explained Daniel, with the team around him interpreting this vision. Lighting director Tyler Shapard – who is on the road with the tour - and video director Chris Schoenmen from Tantrum who creates the show visuals, all evolved the aesthetic for “Emotional Roadshow” under the creative direction of Mark C. Eshleman. 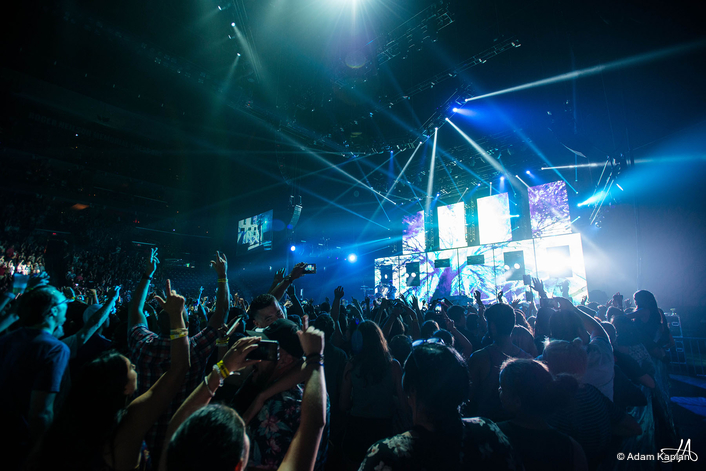 Some of the threads started earlier. On last fall’s BlurryFace tour they played some venues without flying or rigging, so they devised a custom ground package that could extend up to 16 feet and be totally independent of any top rigs that happened to be present. When they stepped up to arenas, they added more production and continued the basic ‘independence’ theme.

The BMFL Blades are used for the downstage wash and were selected because of the extra control offered with the shutter module.

The Spots are in the air above stage and audience and help achieve those sumptuous big arena looks because they can blast right across to the opposite sides of the venue.

The Pointes are dotted around everywhere!

Pointes have replaced their previous go-to beam light fixtures because of the speed needed to produce the big EDM looks, “while still having gobos in the toolbox”.

The LEDWash 600s are used on the B-stage, where they emulate intimate, underground ambience for this section of the show when TØP play some of their older material. This harks back to when they were trawling the clubs and LEDWash 600s were the main fixtures used. “They recreate some of our favorite retro looks,” said Daniel. 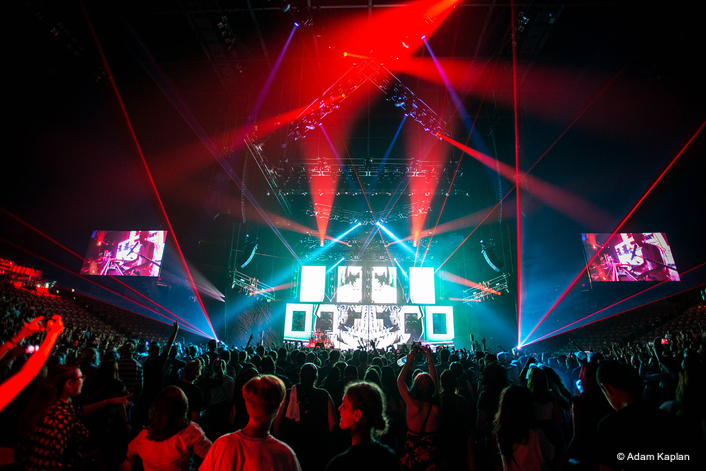 Twenty One Pilots has used Robe fixtures for the last four years, from the time they first started touring their own production kit, and Robe has always been the most prominent brand.

“Robe is solid, reliable and becoming a lighting industry market leader, and very supportive of its extended ‘family’ of clients,” Daniel concluded.

Video and lighting work harmoniously in timing and color schemes – in fact, both mediums were previsualized together using Light Converse months in advance of the tour – so the departments could have all their notes prepared when entering the rehearsal period.

Many of Brandon Ryke’s striking album artwork stems are used as a backbone to the video content, and some songs are characterized by specific shapes.

“There is a strong architecture to the video content and, especially with some of the earlier and pre-radio era art, the show is essentially a narrative journey,” stated Daniel, adding “It’s also difficult to take it all in just seeing a single performance!”

This multi-layering creates the theatrical structure, “There’s not a moment in the set that’s not orchestrated or without purpose,” which requires some serious teamwork. 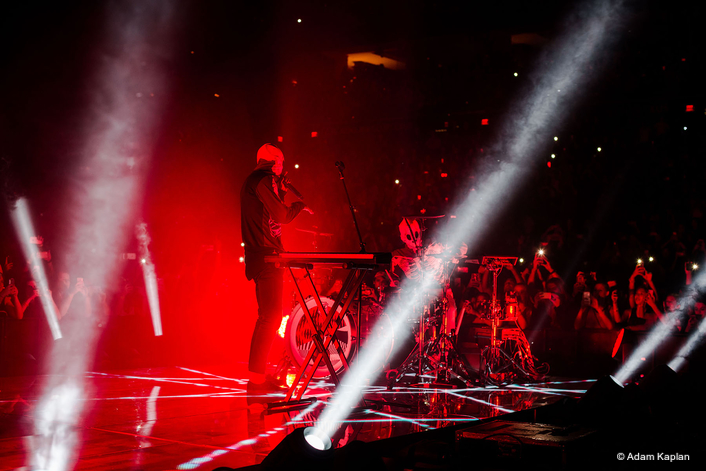 With up to 1000 cues in a single song … timecode is an essential “heartbeat of the show” according to Daniel, uniting all the components and keeping them in sync, which is critical to the magic and anticipation of a ‘moment-driven’ show like this.

The complexity of the programming was exacting, for which Daniel and Tyler (Shapard) utilized an App developed by Thomas Krautschied to streamline the process and the timecode application. This allowed them to focus on detailing the creative elements of the cues rather than the timecode logistics.

However much technology is involved in the production, the one thing that stands out with a Twenty One Pilots show is “the incredible connection that Tyler and Josh have with their fans.” 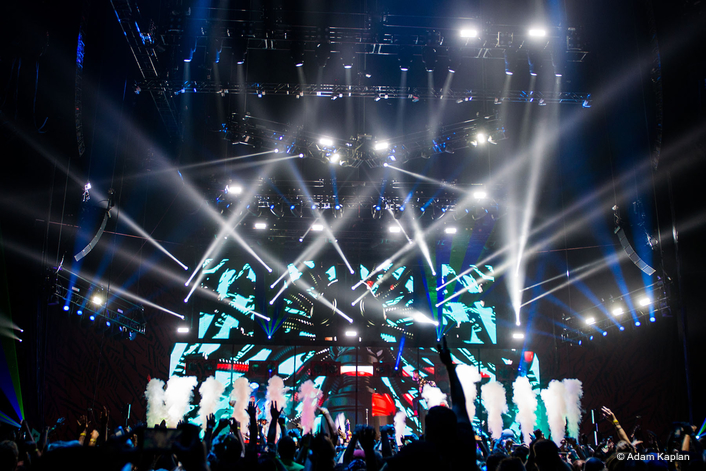 For the US legs of the tour, the Robe fixtures are being supplied to Concert Investor by VER. Emotional Roadshow’s production manager is Daniel Gibson. VER is also supplying video and audio, Accurate Staging and SGPS delivered the fabrication, Tantrum Content was commissioned to produce the playback video and Image Engineering takes care of the special effects.