Robe Gets Art of Light Treatment at DanceValley 2014

.
The fabulous Main Stage design at this year’s legendary Dutch EDM event DanceValley … was designed by 250K with lighting by Andre Beekmans from The Art of Light featuring nearly 230 Robe moving lights.

The one day music extravaganza at Spaarnwoude, near Amsterdam was attended by 40,000 people who came to enjoy a sizzling line up including Steve Angello, Nicky Romero, DJ Chuckie and others on the main stage, together with eight other major action-packed arenas of dance music. 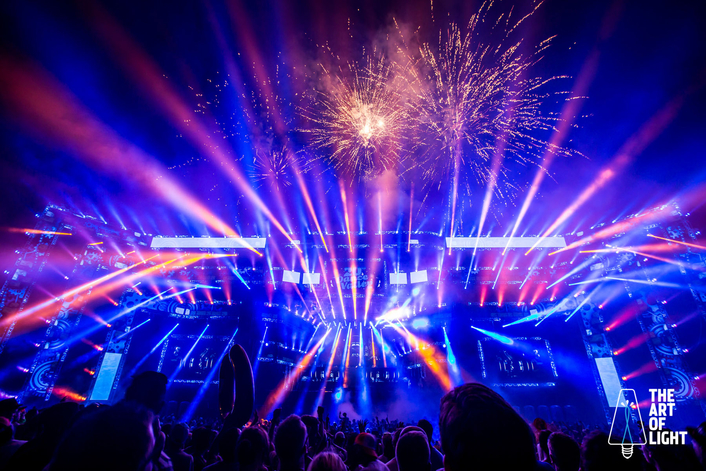 Beekmans used the Robe moving lights – 150 x LEDBeam 100s and 77 x Pointes to help achieve one of his specular trademark lightshows - which also included around 400 other fixtures including binders and strobes – all supplied by leading Dutch rental company, The Purple Group.

It was the second year that Beekmans and 250K have designed the festival in Velzen for organisers UDC, who wanting to seriously up the production values and boost the line-up and profile of the event, capitalising on the current massive popularity of all EDM genres in the Netherlands.

Beekmans has been using Robe fixtures constantly in his work – which includes lighting direction for superstar DJs Armin van Buuren, Hardwell, Afrojack and others for the last three years.

When he saw this stage design – with three large, highly visual arches made of LED panels creating the architecture - he knew he needed mega bright lights that could hold their own against the LED. 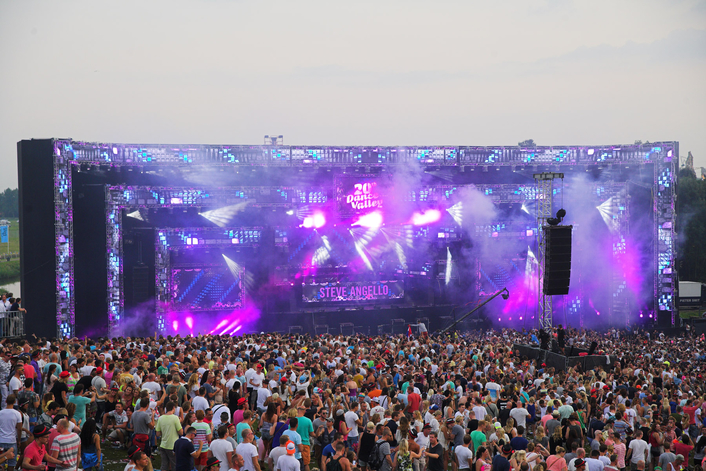 The other major consideration was that 80% of the show was in daylight, more need for bright fixtures that had to register and look good throughout the entire event.

The LEDBeam 100s framed all three of the video arches. Beekmans has used LEDBeam 100s before in this context – juxtaposed against LED screen – but he admits that he’s still amazed by the brightness of the little fixtures, especially with the video running full-on as well.

He chose the Pointes for similar reasons – extreme intensity for daytime operation and for their great dynamics. The slightly overcast drizzly weather helped generally with accentuating the lighting in the daylight hours this year - and at night the Pointes become fantastic ‘signature’ fixtures, producing great effects with prisms and gobos, etc.

In fact he’s used LEDBeam on all his projects in the last two years. “If I had a Euro for every time I have specified a LEDBeam 100, I would be extremely rich,” he quips!

As well as creating the Main Stage lighting design, Beekmans ran lights for the entire day on his own trusty grandMA2 full size console. Eyesupply produced all the custom video content, specified the media server and supplied a VJ to run it for the duration. 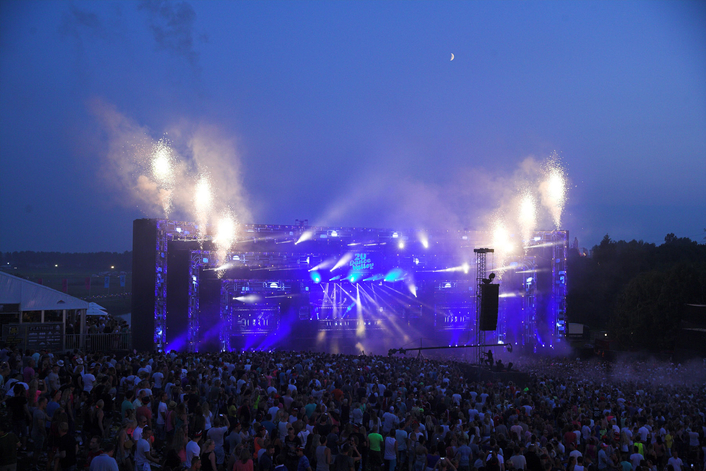 The great visual harmony between the lighting and video certainly highlighted the fact that the two elements had been developed closely together. There was plenty of synergy with matching colours and texturing, and more than enough variety of looks to be different as the day progressed, as the various artists took to the stage and the daylight transitioned into dusk and then finally darkness.

Schijndel based Purple Group also supplied audio for the Main Stage and the LED screen panels came from Pixel Screen. 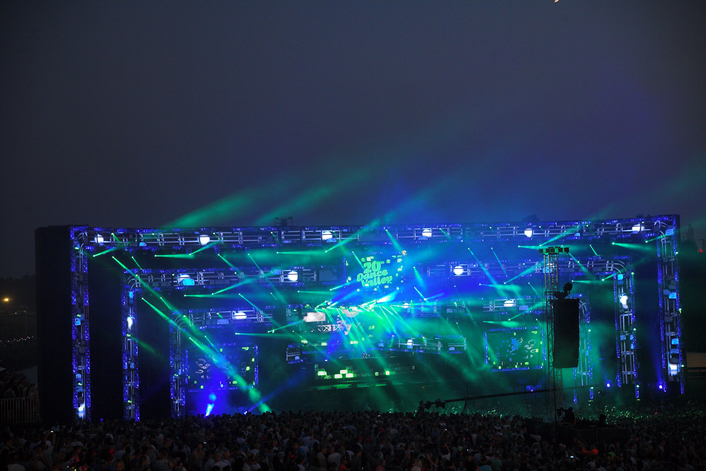