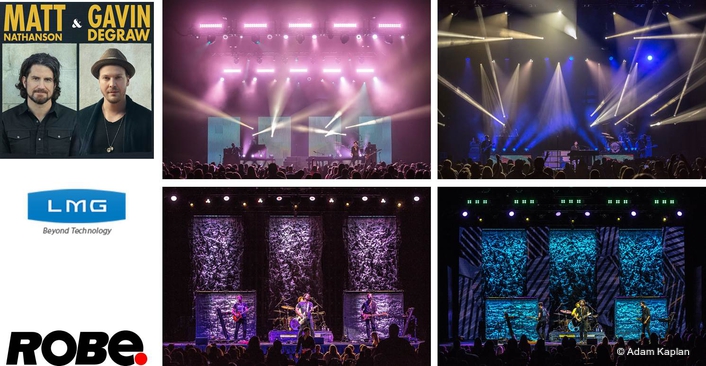 Originally hired by Nathanson’s management - who he met through his work with the group Train - to produce a lighting scheme for the tour, Hogan also reached out to Gavin Degraw’s team to see if they had something in mind for the lighting.  At this point, they decided it would make sense and be efficient if Hogan coordinated the lighting needs of both artists … in a single adaptable and flexible design.

The size of the venues on the tour varied, and featured numerous theatres, so in order to fit the production in to the majority of spaces, Hogan chose a front and back truss to provide his lighting positions.

For Nathanson, there was an additional video truss rigged with LED columns alternating with aluminium mesh drops, with scrims placed in front.

The video elements were introduced to provide a completely different visuality for Nathanson, who does not allow haze or smoke to be used during his set, immediately eliminating any lighting ‘beam looks’ from the show.

Hogan placed ten of the LEDWash 600s on the downstage truss, generally trimmed at around 28 – 30 feet, however, in reality, the fixtures were so bright that he only needed eight of them. The other six units were rigged on the front truss. 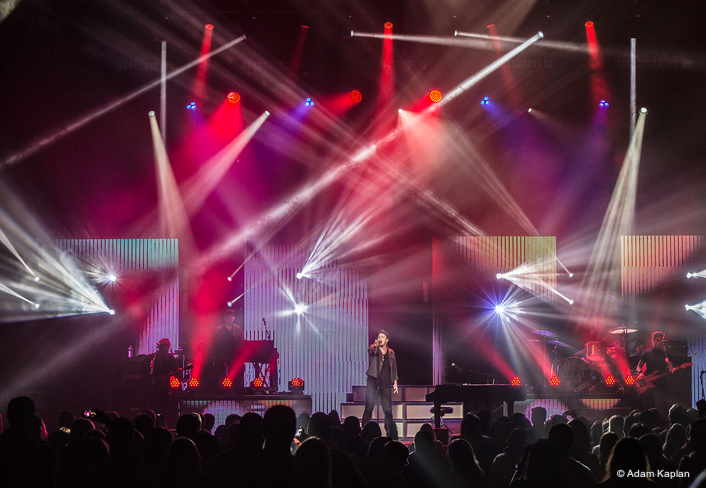 For Nathanson’s set, without smoke and haze, Hogan utilized the individual LED ring control of the LEDWash 600 to introduce some eye-catching effects and add a different perspective that didn’t rely on the atmosphere for impact.

He is also looking forward to using Robe’s new CycFX 8 fixtures in future designs for this reason.

The six LEDWash 600s on the upstage truss were used for front and general stage washing, complemented with other LED wash fixtures.

With Gavin Degraw on stage – complete will full-on atmospherics - the LEDWashes and other fixtures could be used as impressive beam effects. Although it meant more challenging conditions for lighting, restricting the smoke helped guarantee that both artists had a completely different aesthetic for their respective performances … while sharing the same lighting rig.

Hogan had been aware of Robe products for a few years but first utilized them in his lighting designs at the start of 2011, initially LEDWash 600s on a Good Charlotte tour, which impressed him enough to spec them for the Train tour later that year … and LEDWash 600s have been on every Train tour since! 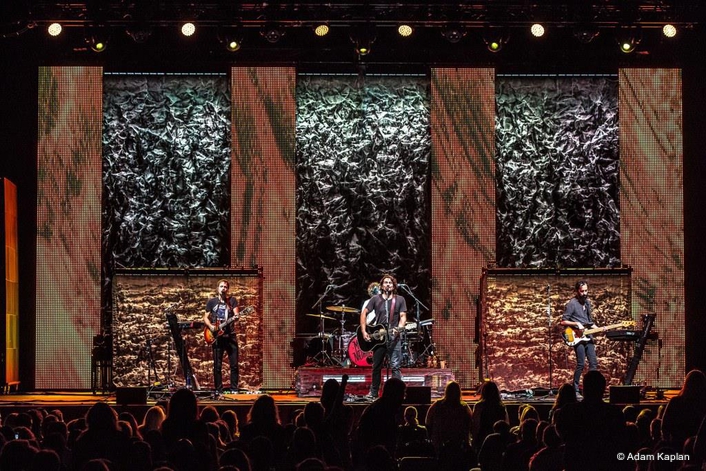 “They are a perfect solution.” he commented, “Plenty of power, very light in weight and really expedient in occupying truck space”.

Hogan intends to specify a substantial quantity of Robe ROBIN Pointes for the upcoming Train tour.

‘This is Brazil’ in Edinburgh
Robe BMFL South African Launch a Massive Success
Painting With Light Helps...elebrate 25 Years of VTM