Robe Fit & Knows It on The Streets! 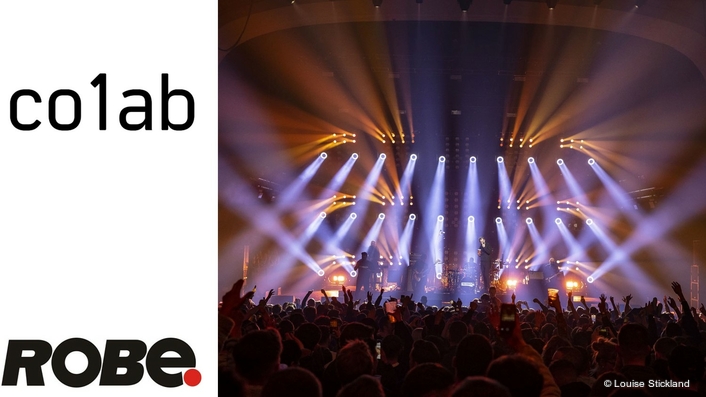 One of the UK’s most exciting new lighting and visuals design partnerships, Co1ab, produced the edgy and eye-popping lighting show for a recent run of gigs by The Streets, led by gritty hip-hop raconteur Mike Skinner, and a project that helped define British urban music culture through the noughties!

Co1ab unites the talents of Jon Trincas and Steve Hough, two respected young designers who pooled imaginative and creative resources to deliver the right look for the visceral raw wit, energy and stark reality of The Streets!

They utilised 120 x Robe Spikies and 30 x Robe Spiider LED wash beams… all delivered as part of a lighting package by Blackburn based rental company, LCR. 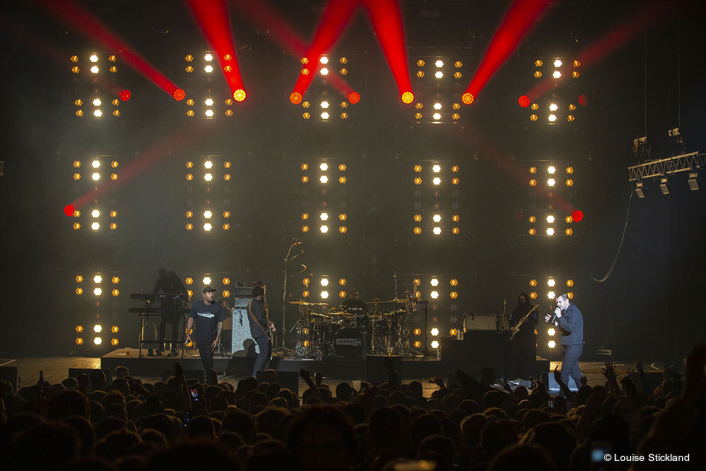 Steve was originally contacted by The Streets’ tour manager Keith O’Neill when they played some ‘come back’ gigs in 2018, which culminated in three incendiary gigs at Brixton Academy. The phenomenal interest in The Streets live resulted in this run, comprising a short UK tour with a lighting floor package, followed by five shows at Brixton, three in Manchester Apollo and three at the O2 Academy in Birmingham.

All were sold out, ramping the excitement and showing just how much we’ve all missed the vocal mastery and stand-up rapping skills of Mike Skinner!

The brief for lighting was “intense but not too distracting”, and knowing they would not use any video, Jon and Steve knew they would have to rely on lighting to provide all the visual elements. 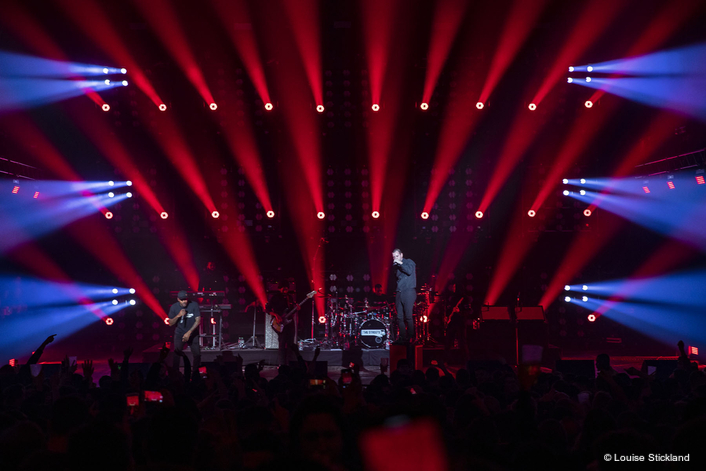 The design was based on 15 custom dolly/frame pods, made from pre-rigged truss and flown in three rows of five. The bottom ones were ground supported, with the top two rows lined up exactly and flown beneath one another on special steels.

LCR had all the necessary metalwork and rigging fabricated, and all the fixtures associated with these travelled in the pods for expedient get ins and outs.

Each pod contained 8 x Spikies, two Spiiders, three Hexalines and an LED strobe and together these formed an impressive back wall. 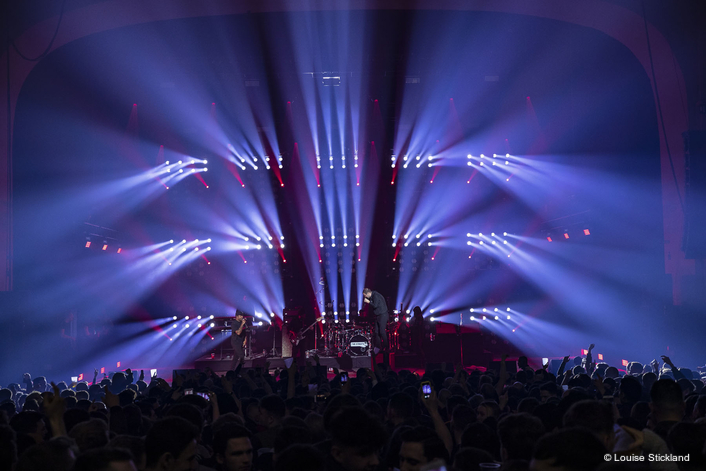 This strong structural element “ticked all the boxes” comments Jon in terms of having the power and intensity right there for specific tracks, while being able to pull right back to minimal when necessary. “Whether it was the massive Spikie looks or a single shaft of spot light, we could retain the essential rawness that at core of this show” added Steve.

In addition to the frames, they had two overhead and two side trusses which were loaded with spot moving lights and strobes, with some more on the floor in the small gaps between the lines of pods.

Having done the tour last year, Steve and Jon had precise ideas of what they needed from the rig in relation to the rhythm and flow of the set, which was hugely dynamic – from total chaos to jittery calm – all carefully crafted by the artist. 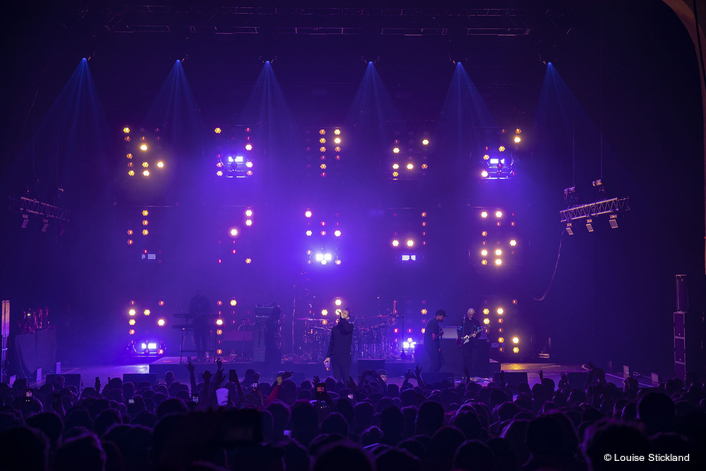 Spikies were selected as a small and punch lightsource that would physically fit into the frames… and the budget!

It was the first time Co1ab has spec’d Spikies, and they specifically wanted a fixture with a zoom, that had to be fast and offer good colours. The flower effect was an additional feature used almost as a ‘bonus’ during programming.

Jon had used them for a show in the US and was very impressed. He explained that until recently, many Co1ab shows utilised discharge fixtures as the main lights, but as “these are not always reliable and pull a lot more power when scaling down to smaller venues”, they have now started looking more to LED solutions 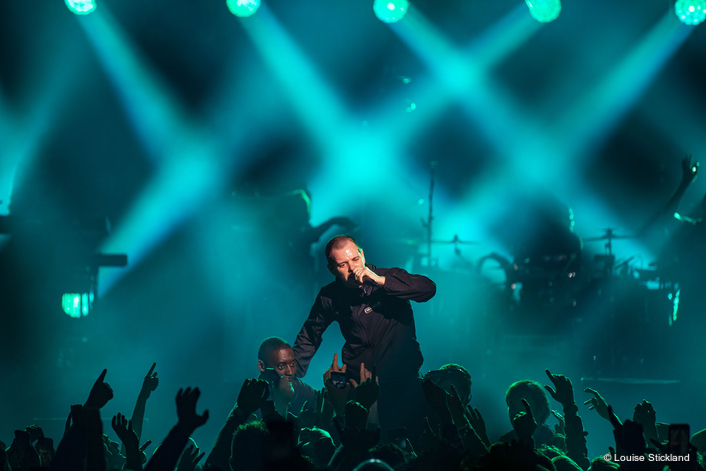 “Robe have led the way with their LED range of fixtures for a while now” states Jon, adding this this was perfect timing to put a decent quantity of them together and “see something work consistently every night”.

The Spikies were rigged in the top parts of the dolly frames to get them as high as possible, with the Spiiders immediately below.

Steve explains that he became “blown away” with Spiiders mid-way through 2018 when he had them on a show and realised their incredible capabilities as a consistent and excellent quality wash luminaire. He then started exploring the possibilities of using the central flower effect (the same LED used in the Spikie), and absolutely loved that, so Spiiders have started featuring in several of their designs.

Jon comments that both types of fixture are versatile for their different roles in this rig. “The Spikie works well as a solid beam light and as mini wash fixture to some extent with the good zoom ability”.

Having used Spiiders as traditional wash fixtures, Jon also likes the ring / zone control for pixel mapped effects and the centre flower for something totally different and unexpected!

Steve and Jon have also visited the Robe factory in the Czech Republic, and Steve relates that the R ‘n’ D team there generally value the opinions of those out there on the touring front line! They also really liked the personal touches that were evident at the company.

They programmed the fully timecoded Streets show together with some super early starts and very late finishes! Robe UK made a Spikie unit available which really assisted the process, and were on hand with any support needed.

Both Steve and Jon admit they are very similar in personality, outlook and work ethic… so speaking the same language ensures a fluid and coherent workflow. “It’s almost like working with a clone of yourself” says Jon smiling!

Steve adds that they complement and bounce off one another extremely well and share a similar thought process when programming. Their notes from the first full production show were 90% identical when matched up. 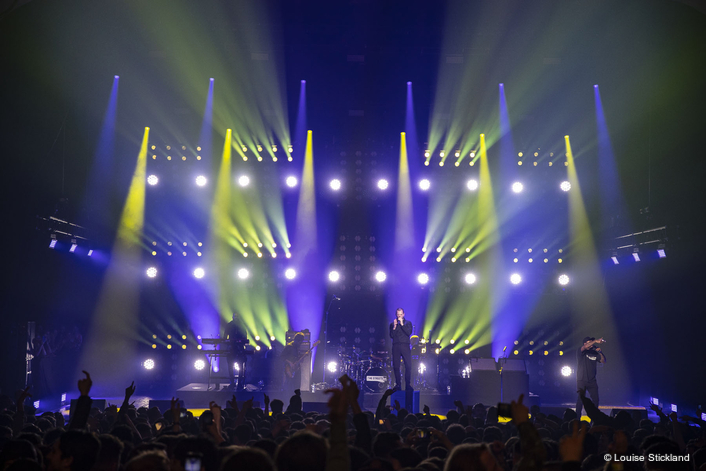 Steve was joined on the road for the Brixton and Manchester shows by LCR’s James Townsend, Dan Groves and Aiden Cartmell, and Aiden crewed the first week of the preceding European shows which utilised the floor package and four of the frames. The rest of that section, Steve tech’d on his own. LCR’s account handler was Mike Oates.

Steve concludes: “The great teamwork between us (himself & Jon), LCR and the entire Streets touring crew has been a pleasure”.