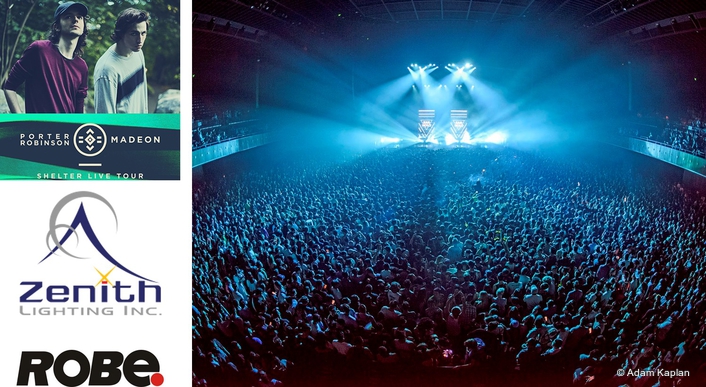 Ben Coker, lighting designer for Porter Robinson and Madeon’s co-headlining ‘Shelter’ theatre tour, has just finished an extensive 34 date run in the U.S, with Robe BMFL Spots and WashBeams and Pointes prominent on the rig.

The decision to play primarily theatres and sit down venues has been hugely successful and allowed them to present their music in a different context and environment. The show took on the style and feel of a concert with individual songs / breaks in between, live vocals much of the time and a selection of live instruments introduced and played throughout the set … from electric pianos to percussion.

It was something ‘out-of-the-box’ for the electronic music scene and different with a new and interesting energy from these two leading electronic artists.

Ben started the design process well in advance, producing multiple concepts which were presented to the artists and their management teams, and from there key elements were chosen. After that, Ben was left to choose the best technologies to achieve the show everyone wanted. 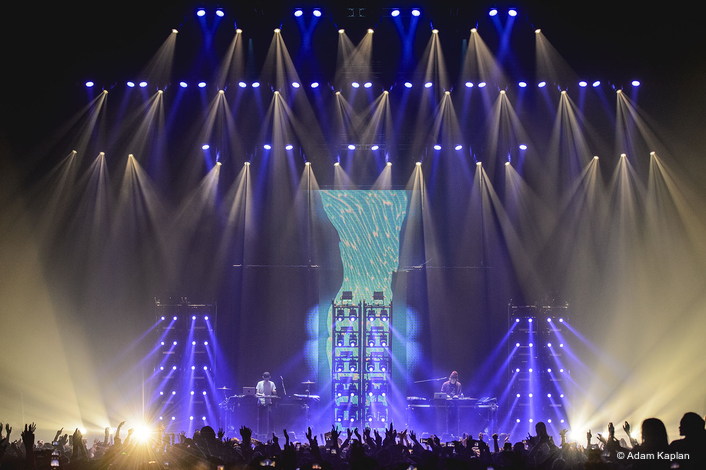 The rig had to be practical and capable of being installed in under four hours and coming out in three … and fit into various different stage sizes.

The artists wanted to be on separate risers, so these were both backed by HD video screens, with a low resolution video wall upstage connecting the two areas, adding depth and completing the set.

The lighting rig was straightforward and clean with three trusses – front, mid and back. The two mediums were a carefully balanced mix calculated to harmonize elegantly and deliver a stunning and exciting live show that kept the music center-stage.

The upstage truss featured 30 degree wings on both sides which were angled downstage, with three of the BMFL Spots on each of these. Ten BMFL Spots were rigged on the mid-stage truss. The BMFL WashBeams were grouped in eights located on both the downstage and upstage trusses with an additional six on the floor stage left and stage right.

The Pointes were placed directly in front of each artist’s riser on the floor.

Ben reckons the BMFL WashBeam is a “perfect” choice for lighting this show with its “amazingly powerful beam, massive zoom range and beautiful hard-edged gobos,” and he thinks the BMFL Spots are a perfect complement to the WashBeams.

His favorite BMFL effect is currently the color wheel. Rotating it at high speeds in a BMFL series fixture is “unreal!” he said, adding that he just loves the sheer power and speed of the fixture. 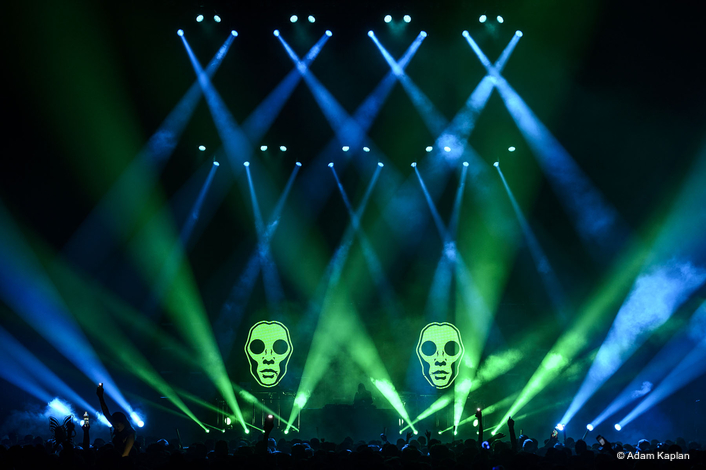 With Pointes he appreciates the size / intensity ratio and the versatility. “You can use it as a super-tight beam and have all the punch needed to cut through the brightest video and lighting rigs,” he commented, while features like the zoom, prisms and gobos are all handy tools.

Lighting the Shelter tour involves many contrasts – from full on flash-tastic pumping moments to subtle drops that are darker, slower and very minimal. There are also sections of the set where the only lightsource onstage is video.

The show’s video content was produced by a number of artists, all commissioned and coordinated by Porter and Madeon as well as Porter’s video director Ryan “Ghostdad” Sciaino. There is also content created by both artists themselves. 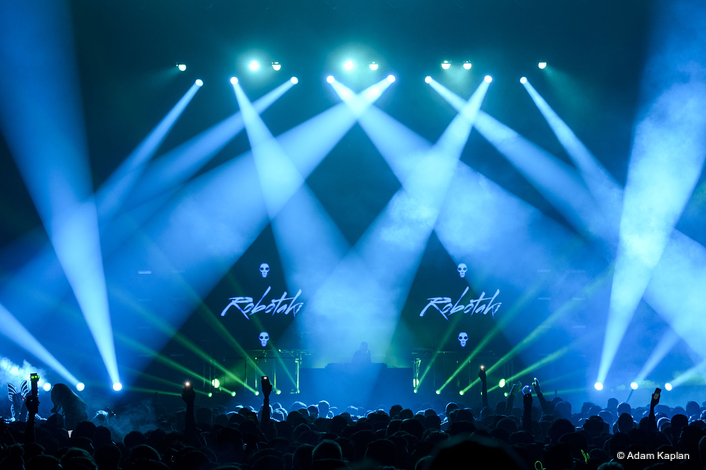 Ben operated lighting from a grandMA2 full size console with video running via Resolume Arena on MacPro servers, all cues – together with lasers – triggered by SMPTE timecode.

Ben has been working with Porter Robinson for nearly five years, and their busy summer festival tour schedule entails him using fixtures from many different manufacturers … which is a proving ground for when it comes to spec’ing their own!

It was when the Pointe was launched in 2013 that he really started to take notice of what Robe was doing!

Right now, he feels Robe has “one of the strongest brand images on the market!” 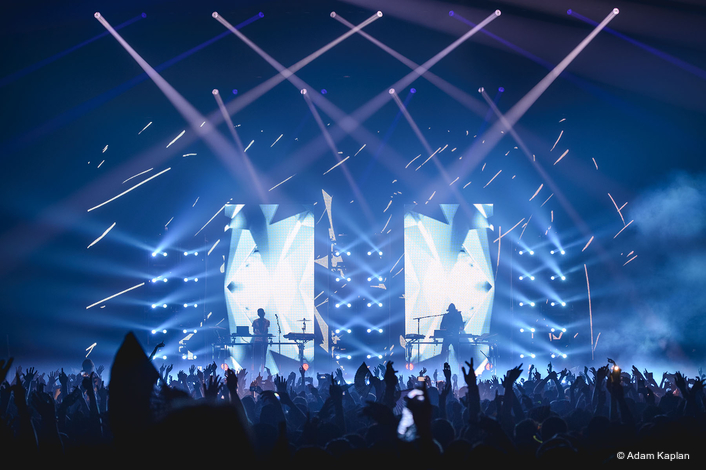 He added that the products are “innovative, competitive and durable – I so rarely have any issues with Robe products used in any of my work.”

Lighting and video equipment for the ‘Shelter’ tour was supplied by Zenith with whom Ben enjoys an excellent working relationship.

The Shelter collaboration is currently scheduled to continue in early 2017 with shows in Australia and Europe.