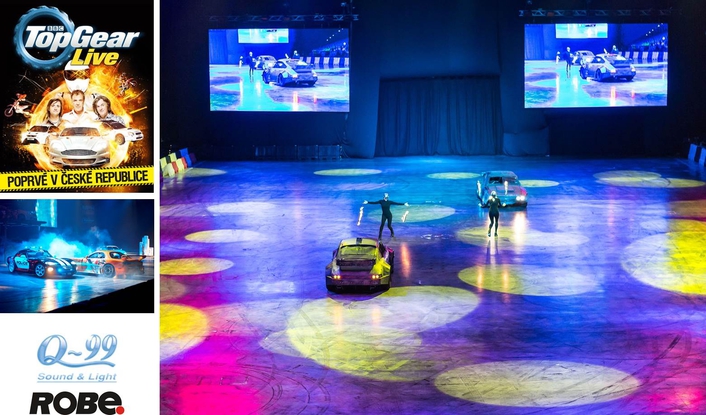 The lighting and LED screens were supplied by Bratislava based Q-99
Top Gear Live (TGL) – the show that presents all the adrenaline, excitement, humour, serious motoring stunts and moments of the top TV show in a breath-taking arena extravaganza – has just completed a whistle-stop European tour playing Prague, Budapest, Zagreb and Turin.

Lighting Designer Steve Sinclair lit this using nearly 200 Robe moving lights – and for the first time no generics – not even a single PAR can or Molefey in sight!

The show saw legendary TV show hosts Jeremy Clarkson, Richard Hammond, James May and The Stig add their irreverent and quirky humour to this extraordinary motoring theatre event, alongside some of the world's most expensive, powerful … and most absurdly modified cars. 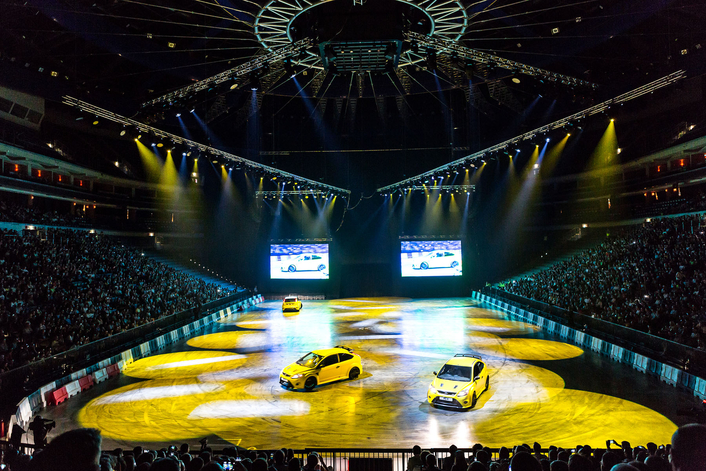 Sinclair has been lighting the hugely popular TGL show worldwide for some years. This tour featured a completely new design, and the decision to go only with moving lights was to help optimise it for the very tight production schedule required to tour the four cities in two weeks, staging two daily shows in some locations.

The lighting and LED screens were supplied by Bratislava based Q-99, Slovakia’s leading rental and technical solutions provider and a company that has invested heavily in Robe inventory.

A network of trussing was flown in the roof of each venue to facilitate the lighting positions. The design consisted of two very long, four relatively short and a Tee shaped truss down stage! The overall shape was designed so as to facilitate the rig cable meeting in one place at the distribution end; this meant they didn’t have cable running all over the place!

The MMX WashBeams were the primary beam lights – the first time Sinclair has used them in this role, on which he comments, “They did an excellent job, the gobos are good and they are nice and bright”. 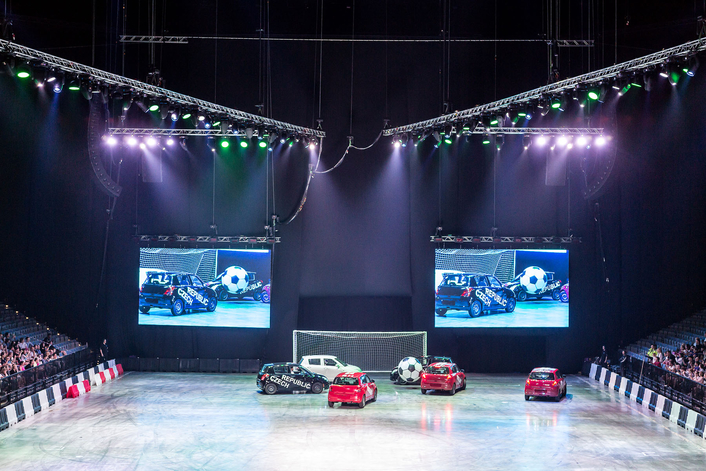 The LEDWashes took care of all the general washing across the performance area and also the packed audiences. They effectively replaced all the Pars and Moles on previous versions of the lighting rig, and so worked extremely hard and were absolutely essential to every cue.

“The LEDWash 1200 is an excellent fixture,” declared Sinclair afterwards, “Really punchy and simply a fantastic piece of engineering”.

He used the LEDWash 600s to back up the LEDWash 1200s and also for creating rich and dynamic audience looks, remarking that the movement is so quick that it enabled him to be highlighting the stage area one moment and a nanosecond later - to have them whizz round and pick up the audiences.

The expedient power consumption of the LEDWashes and the MMX WashBeams in particular enabled Lighting to slash their show power consumption to nearly a third of what it had previously been! The entire rig ran on a single 250a 3-phase supply, whereas before they had needed a minimum of 600amps plus of three phase power.

Sinclair – who has used Robe fixtures on several previous projects and designs …  but not to this extent - was very pleased with the overall results. “I will definitely consider using Robe in the future,” he comments, adding that all of the fixtures also proved very reliable throughout the tour. They have a cherry picker at each show in case of ‘fixture maintenance’ and across all the shows only had to use it once!

A major challenge with taking the TGL show into different venues in a touring scenario is finding rigging points across the whole roof space as most buildings are usually geared up for concerts and rock ‘n’ roll shows, so he looks at what’s available and starts the show lighting design from there. 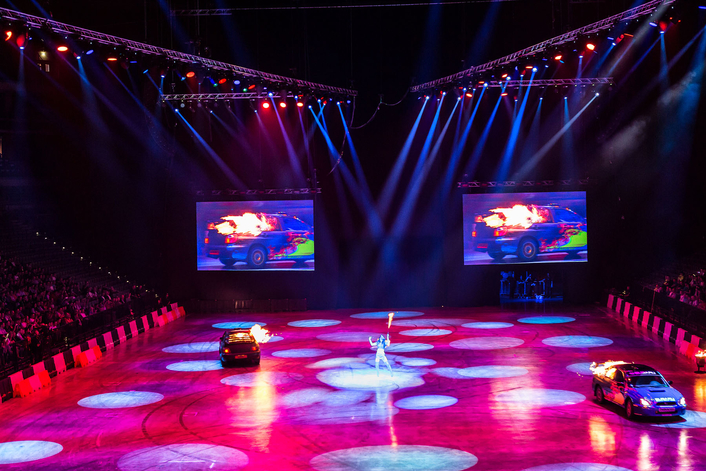 Once on the road, updating the pre-set focus positions is another aspect needing time and precision. With a band there might typically be 5 - 10 positions… on this show there’s around 30 – 40!

Sinclair also operated the lighting on the tour using a Hog 4 console and a Wing.

“Q-99 did a great job … I really enjoyed working with them and using their inventory of Robe fixtures and would happily work with them anytime,” he concludes.