Robe is a Familiar Face in Slovenia 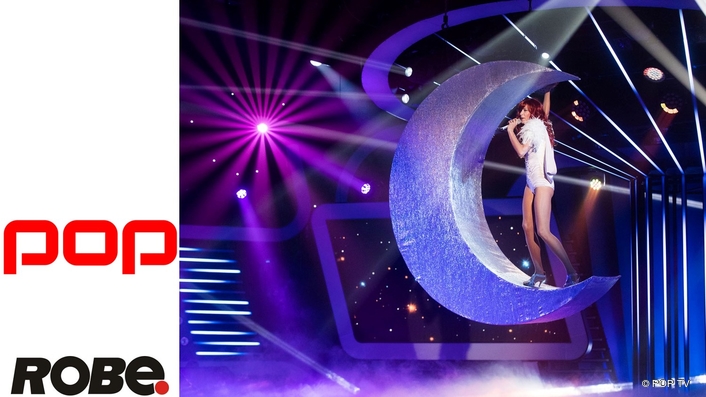 The fourth season of the top-rated ‘Your Face Sounds Familiar’ franchise in Slovenia was produced by POP TV and featured eight celebrities engaging in a series of singing impersonations – taking off local and international artists - over 12 episodes, which was voted on by a combination of judges and the public, with the public having the final say on the winner.

It was lit by Ziga Krajnc who worked closely with Matjia Kacin who designed a scheme of LED strips and panel products closely related to the set, and scenic designer Milan Vukadin. Ziga this year chose Robe moving lights as the main fixtures on a dynamic rig, including BMFL Blades, Spiiders, LEDWash 1200s, Pointes and LEDBeam 100s, around 80 in total, which were supplied to the production by Event Lighting, Slovenia’s largest rental company.

A weekly creative meeting took place ahead of each episode where they would all pool ideas and suggestions into the creative cauldron … and decide on elements like colours, playback video clips and themes for each of the eight songs featured in that episode.

“I needed a powerful and flexible lighting rig to give me maximum options,” commented Ziga on why he chose Robe. 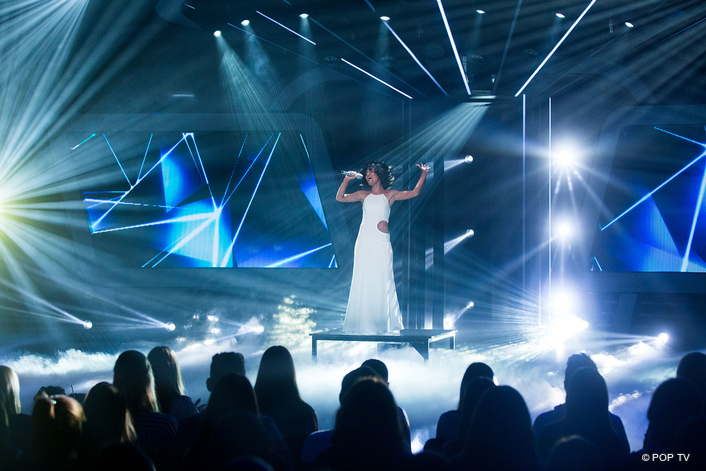 The BMFL Blades were used mainly for lighting from the sides of the studio, with the shutters worked extensively to highlight and accent parts of the set. Sometimes they had a set of tabs (curtains) across the set which were also lit with the BMFL Blades.

He capitalised on the mapping capabilities of the eight Spiiders and also the flower effects which “give great scope beyond a standard wash and a beam light”. Four Spiiders were located on the floor of the set, with the other four upstage above the singers.

Twelve LEDWash 800s were at the back and front above the stage and on side ladders. They were ideal for lighting additional performance factors like choirs or dancers. 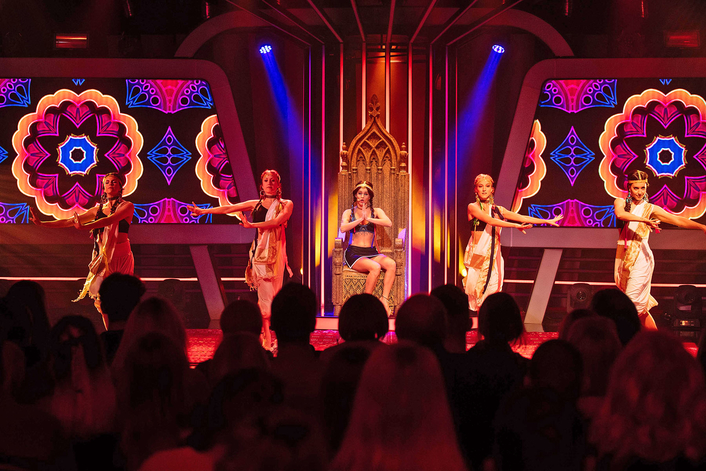 Twenty-four Pointes were rigged at the back on ladders and on the floor and sides, used for whizzy chases and the powerful and dynamic beam effects for which they are known and loved, together with all the bumps, accents and quick hi-impact transformations that are so vital for this style of television.

“They are fast, bright and great for movement ... that’s what I use them for most on this show,” admits Ziga.

He also used 8 x Robe MMX Spots high up at the back, essentially in the final lighting layer position of several making up the wide shot looks. He commented that they were a well-sized profile light for this size of studio space.

Other lighting includes stripes and 20 x Robe LEDBeam 100s fixed to the sides of the set and a ShowLED RGB starcloth which wrapped the entire studio in POP TV’s HQ in downtown Ljubljana. 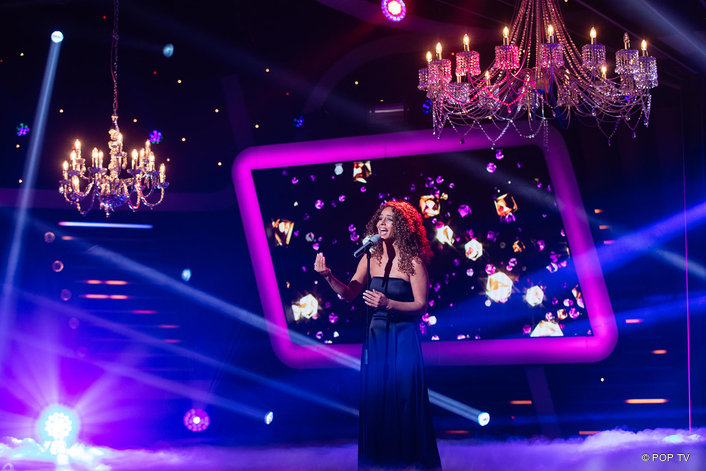 In addition to the general lighting studio rig, they also had an array of specials for each song which would involve extra lights, props or set which could be inventively lit using the BMFL Blade’s tight shuttering plus effects like the animation wheels.

A grandMA2 light operated by Ziga controlled the lights and Matjia used a Command Wing for the LED lightsources, with both consoles networked to provide a hot backup.

Ziga has been using Robe in his designs for 11 years now, starting with the 575XT series spot and washes. He has worked for Event Lighting for the whole of his career as a lighting professional, and is one of three prolific lighting designers in the company run by Jernej Gustin. 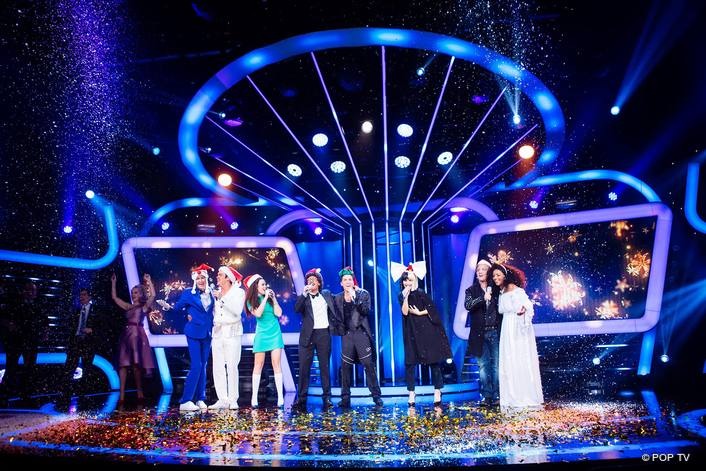 “I think Robe is the best moving light brand available at the moment,” says Ziga. “When I start a design, first I need to know I have good, reliable working lights – that is an absolute given! After that I like the brightness and finesse of Robe products, and the excellent colours as well as the general functionality”.

Ziga lights a lot of music television shows and has become a bit of a specialist in this specific  genre of stage and broadcast lighting. He combines styles from other lighting disciplines and puts his own spin on them in the TV studio to keep things, fresh, interesting and ever evolving.

Event Lighting was the first company in Slovenia to invest in the new MegaPointe launched in September, and also in Spiiders when they came out in 2016. Jernej is committed to ensuring that their clients and crews have the latest and best technologies available for their shows, events, tours and installations.