Robe for Evita in Estonia 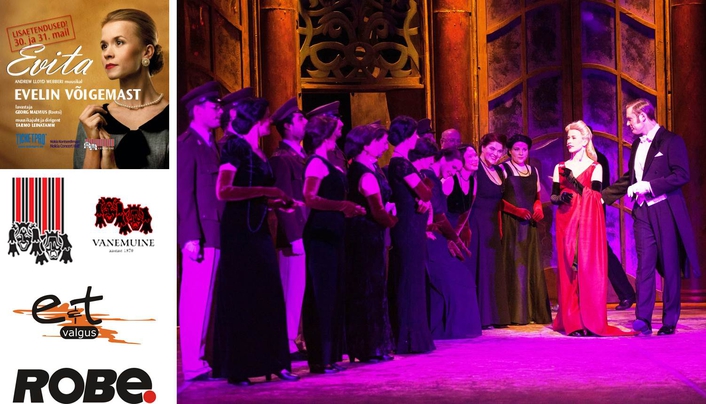 .
Swedish Lighting Designer Palle Palmé returned to the Big House at the Vanemuine Theatre in Tartu, Estonia – one of the country’s most important producing and receiving houses – to light their current production of Andrew Lloyd Webber’s hit musical ‘Evita’ which plays until May and is directed by Georg Malvius.

Last year, Palmé was the first person to take full advantage of the new in-house Robe lighting rigs that were installed across all three of Vanemuine’s venues, when he lit a very successful production of ‘Grease’, also in the Big House.

This year with Evita, he again utilized Robe’s products to upgrade and revitalize the production’s lighting which was originally staged in Turku, Finland in 2008. 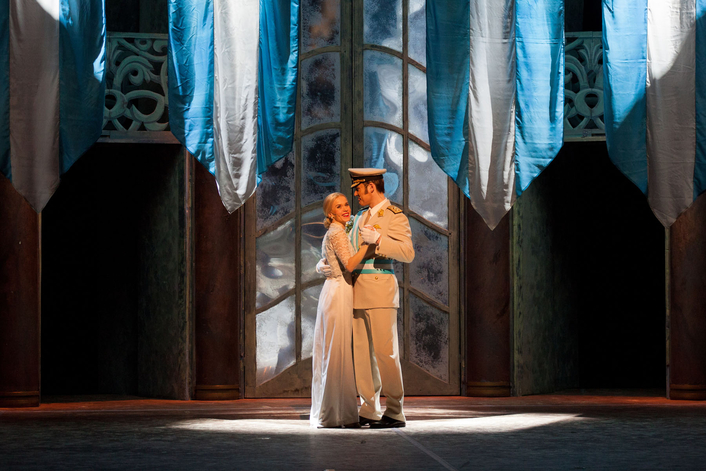 Palmé only used around half of the available LEDWash 1200s for Evita because the set design is neat and concise, so didn’t need very large quantities of fixtures. Twelve LEDWash 1200s are being used for back-light, eight for side lighting and four as front lighting – all of which help enormously to create the ‘big picture’ moods and general ambience for the show especially during the full stage scenes. 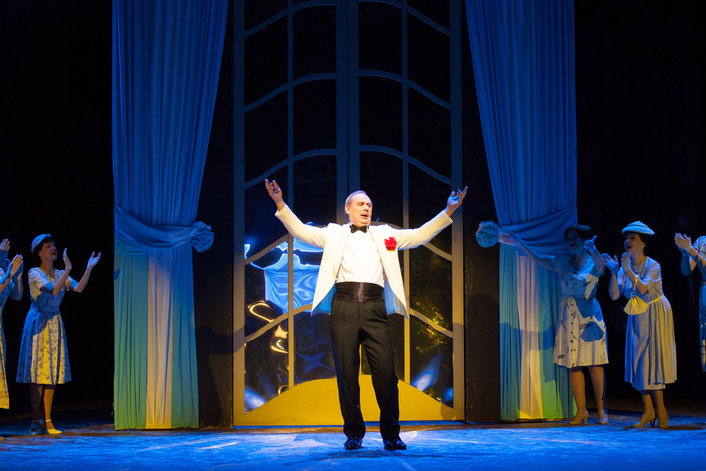 He worked closely with Set & Costume Designer Ellen Cairns throughout the tech and rehearsal period to craft an appropriate visuality for the show. It includes a lot of harsh, cold back-lighting for the classic mass scenes with Evita and Peron on the balcony, when the soloists are highlighted by follow spots and plenty of smoke.

For the love scenes he reduced the visible lighting and generally worked up a warmer and softer lighting atmosphere into the performance.

For the mass scenes with soldiers and aristocrats he played with the contrasting colour themes of lavender for the aristocrats and cyan for the soldiers. 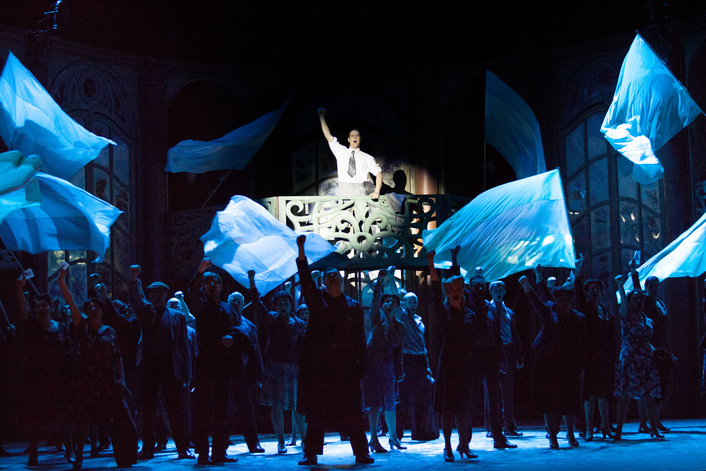 The 20 x MMX Spots are the real workhorses of the show which  features numerous different gobo effects including rectangular ones which are used for framing purposes as well as covering different window and door positions.

The 600E Spots include four hanging above the orchestra pit which are used for small and precise specials and pin-pointing specific objects in the rooms.

Commenting on the change between Vanemuine’s previous lighting system and the new Robe one, Palmé says, “It’s like coming into a new world!” 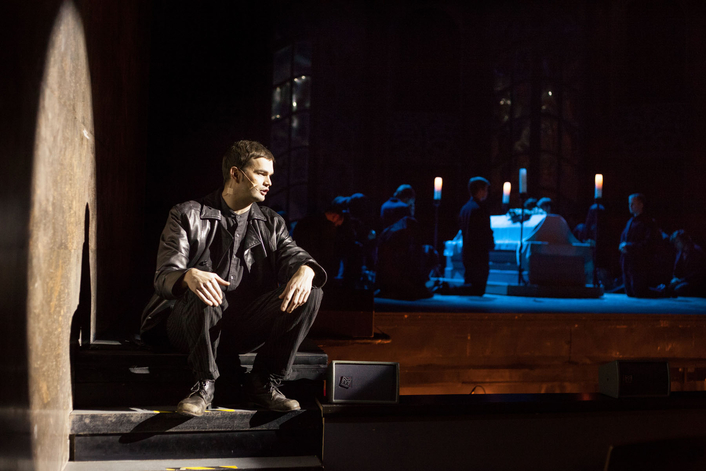 He says that before – he’s been working at Vanemuine for over 10 years and completed round 15 different productions there -  it was hard to do a show without using conventionals as specials as the moving light rig was so much smaller and less versatile. Now with around 140 Robes at their disposal … anyone designing a lightshow has more than enough options to do whatever they want for any show!

Palmé programmed Evita himself using the house’s WholeHog III console and is really pleased with the results, “I have added many new looks which were simply not possible before as the kit was not available … and the show looks a lot more expensive now!” he says with a smile. 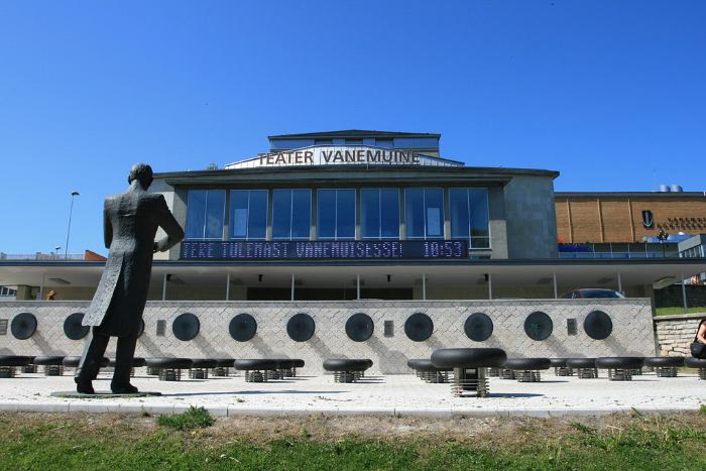 The Big House at the Vanemuine Theatre in Tartu, Estonia

Palmé has also used Robe fixtures on a number of other productions recently including for Swedish magician Joe Labero, whom he lit at the National Exhibition for Motorcycles in Gothenburg in January using a combination of LEDWash 600s and MMX Spots.

Andres Sarv, Vanemuine’s Head of Lighting is also extremely happy about the investment in the Robe fixtures, which was delivered by Robe’s Estonian Distributor E & T as part of a wider installation project to re-equip all Estonia’s state run theatres.

It has enabled them to work more quickly and efficiently when staging productions, and using the modern eco-friendly Robe fixtures has slashed their electricity consumption by around 50%!

Robe is a Greatest Hit fo...Laura Pausini World Tour
Robe Has a Voice in Germany
Robe Gets A Taste For Chef Games