Robe is at the Essence 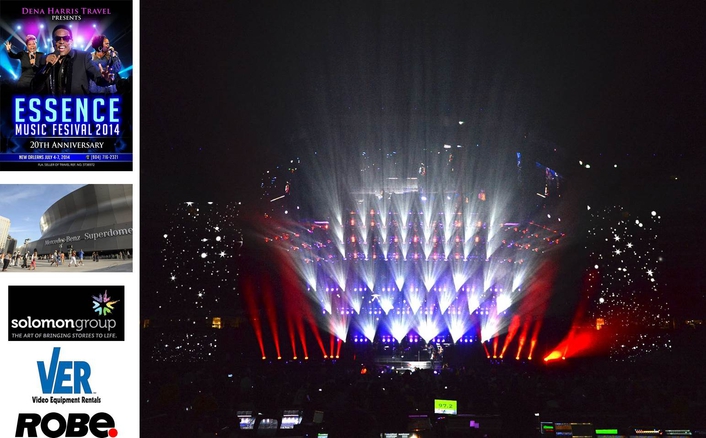 Musical acts included Prince, Erykah Badu, Mary J. Blige and Jill Scott
One hundred and forty Robe Pointes were at the core of the production lighting design for the 2014 Essence Festival in New Orleans, which was created by Matt Foucheux of Solomon Group, production designers and equipment suppliers for the Main Stage in the Mercedes-Benz Superdome.

The Solomon Group has worked for the vibrant and diverse “party with a purpose” - which started in 1995 - for the last three years, and for the last two has also been responsible for producing the 60,000 capacity Main Stage at the four day event.

This was the first time that Foucheux and Solomon Group have used Pointes and actually the first time they have ever worked with Robe products! The fixtures were supplied by VER, and it underlined a real confidence in the brand and its reputation to commit to so many Pointes on such a high profile show.

“We were looking for something new that would offer more than just a beam light with basic functionality!” he explained.

Several lighting designers and programmers recommended that Matt and his team check out Robe’s Pointe, so a demo with VER was arranged in Las Vegas, which confirmed it was the right fixture for the job!

“You can use it as a beam, a wash, a spot or as an effects fixture … it’s massively flexible and when we were planning the Main Stage lighting this year, it seemed a great opportunity that would be appreciated by the many LDs and operators coming through the festival.”

Around 40 – 50 of the Pointes were rigged on trusses over the audience and up above on top of a social media feed ticker-tape style screen high up in the roof of the stadium. The balance were dotted all over the stage on the LX bars which included the side wings, with some on the floor.

Solomon provided a team of lighting programmers and operators for the duration of the festival led by Ryan Stumpp, who used grandMA2 consoles and also ran lighting for artists not bringing their own LDs. 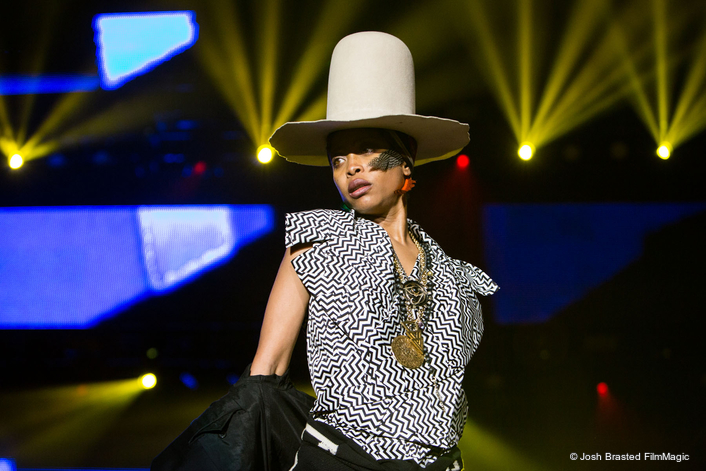 Those who did bring their own LDs included Jill Scott’s Martin Thomas, an avid Robe fan already using Pointes on his touring specification.

He was absolutely delighted to find so many Pointes on the rig! “I knew immediately that I could create great wash looks, vary the zoom and produce a whole range of scenes to suit the set. I created plenty of looks featuring multiple angles and interesting layers of light.”

He was also able to throw stylish texturing onto the stage and around the audience via the prism effects or easily cut through the other lights running the Pointes in beam mode for strobing and ballyhooing.

While for others it was their first experience using Pointes, either way, having fixtures on the rig was a big success.

Foucheux commented on how impressed he was with the versatility, speed and prism effects, “It’s probably the best prism I have seen on any fixture,” he stated, adding that all the fixtures worked flawlessly with four days of heavy use!

He will definitely be using them again and has already spec’d 80 Pointes for the Perry’s stage at Lollapalooza 2014 staged in Grant Park, Chicago in August.