Robe Enjoys the Purpose of Bieber 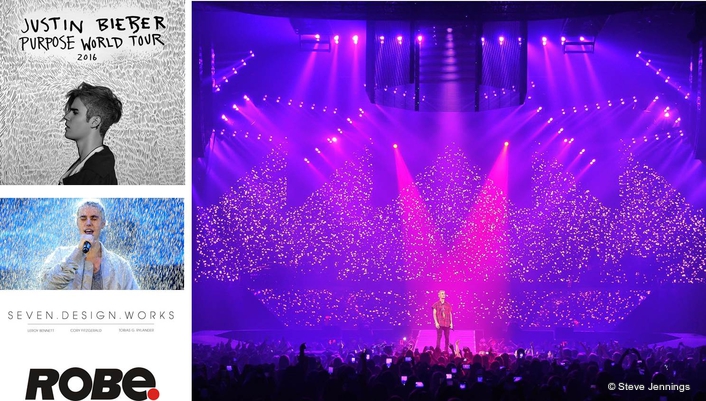 Justin Bieber, one of the most universally recognized pop icons of the 21st century, is enjoying the commercial success and critical acclaim of his excellent fourth studio album, “Purpose”, the campaign for which currently includes an extensive world tour.

Lighting for the tour has been designed by Cory FitzGerald with the rig including Robe Pointes plus two BMFL Spots which are being utilized as rear follow spots.
It’s Cory’s first work for Bieber. When he came on-board, the production design created by production manager Chris Gratton and creative director Nick DeMoura was already evolving, together with video content produced by Michael Figge of Possible. 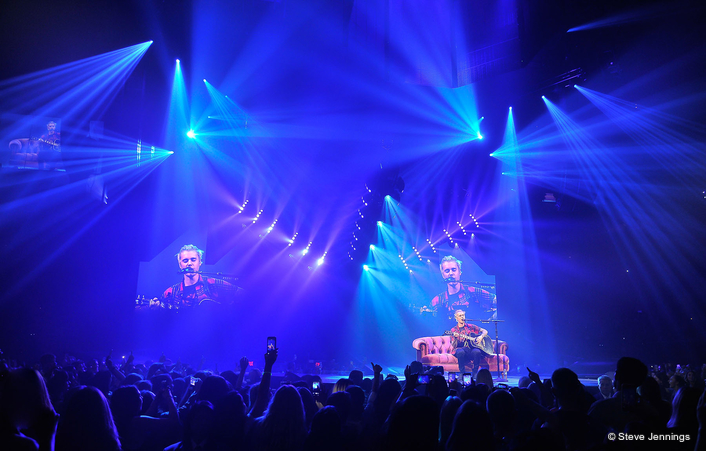 After listening to a detailed brief from Nick and Chris, Cory wanted to make the lighting as flexible as possible to create “a wide diversity of looks and help transform the space,” taking the video content, which is a huge element of the stage design, as the base images … and building on it from there.

Fifty six Robe Pointes are rigged on the upstage trusses and under the downstage flying catwalks, which are used for many scenes and effects, primarily as the high-powered beam lights for which they are renowned.

“They are great fixtures” he states, “fast, punchy and with lots of tools under the hood to create multiple looks with a single fixture.” He especially likes the dual prism.

The two BMFL Spots work hard throughout the show as rear follow spots. “We really take advantage of their brightness on this,” explained Cory. Having used them extensively on other gigs, he was again impressed with the intensity, animation wheel, colors and diversity. 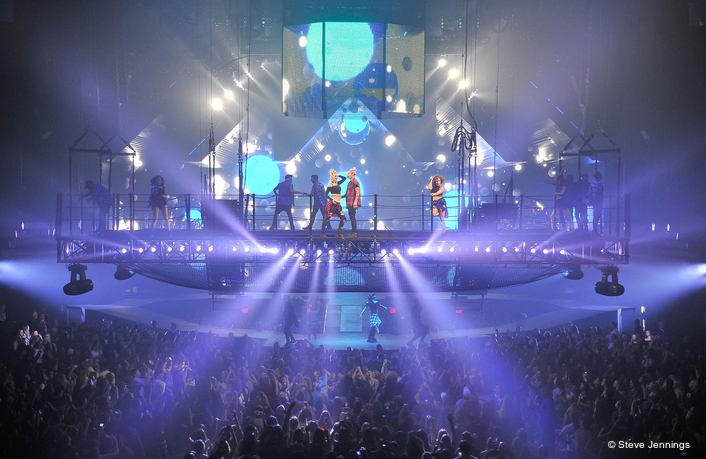 “The BMFLs give us full control of beam size, color and strobe effects from the console, which can then be cued into the show like any other lights, giving the rear spots a life of their own,” he commented.

Cory programmed the show with the help of Davey Martinez, and Nick Van Nostrand is lighting director and operator on the road. The lighting equipment is being supplied to the tour by VER.

They have a tight load-in schedule in order to get it all up, running and programmed during production rehearsals but everyone is delighted with the results, “it was a true team effort  and a great process to be involved with,” confirmed Cory.

Each song has a totally different vibe, and lighting and visuals form an important part of unfolding the narrative and producing the right ambience. All of Cory’s lighting palettes are very specific to each number as well as being connected to its relevant visuals.

Bieber is known for being a great live performer and commands a very special engagement with his audience and the production has been designed with this and many other criteria in mind.

Cory has been using various Robe products in his work for some time and thinks the brand is in a “really good place’ right now, with innovations constantly being developed and a solid set of standard products that is very useful.” 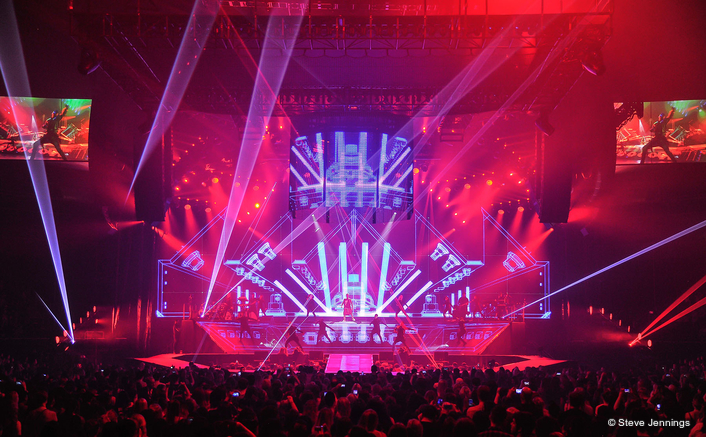 Cory FitzGerald has been in the industry all his life, starting his lighting career as a pre-teen during a school summer camp. He’s based in LA now, but has spent many years in New York and now focuses on designs that integrate lighting and production design elements like video, set and automation. Other recent artists he’s worked with include Bruno Mars, Jennifer Lopez, Beyoncé & Jay Z, Gwen Stefani, Meghan Trainor, Skrillex, Troye Sivan and Zhu.