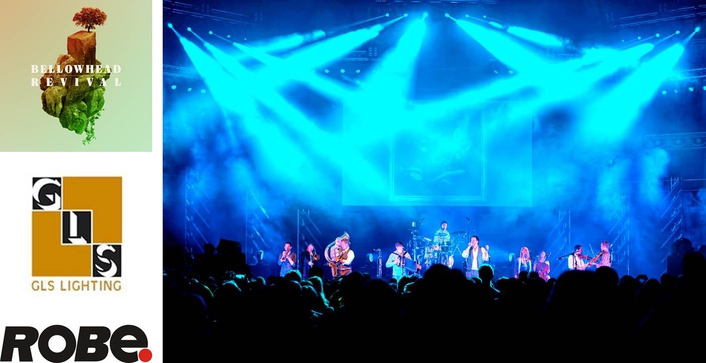 Emma has been working with the band for the last three and a half years. They tour regularly each year in autumn and spring and she is also a big fan of Robe products. The lighting design for these two special shows referenced that of the last tour but on a vastly expanded scale, with a big increase in the amount of kit used, most of which was supplied by  Southampton based rental company, GLS. 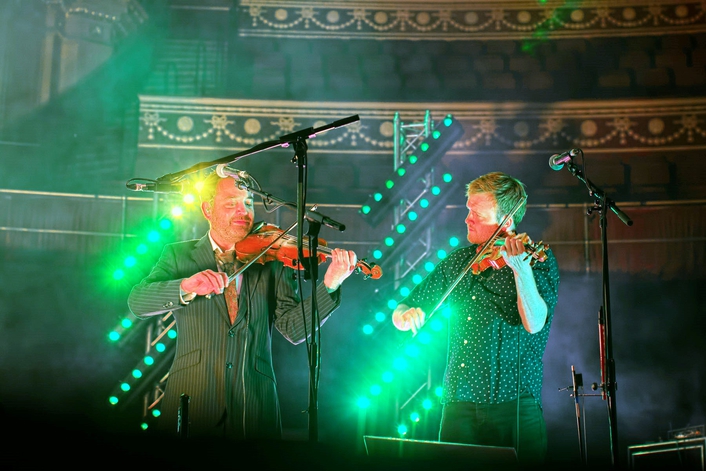 “I’ve always used Robe fixtures in my Bellowhead shows,” says Emma. “It’s great technology, very solid and there is always something new and interesting that I can weave into the design.”

There was a heavy back-lighting element, with seven upstage 4-metre sections of truss flown in a pyramid formation, and these provided positions for the top half of the lighting rig that comprised from 18 x Pointes, 32 x LEDBeam 100s and 21 x 4-cell blinders. 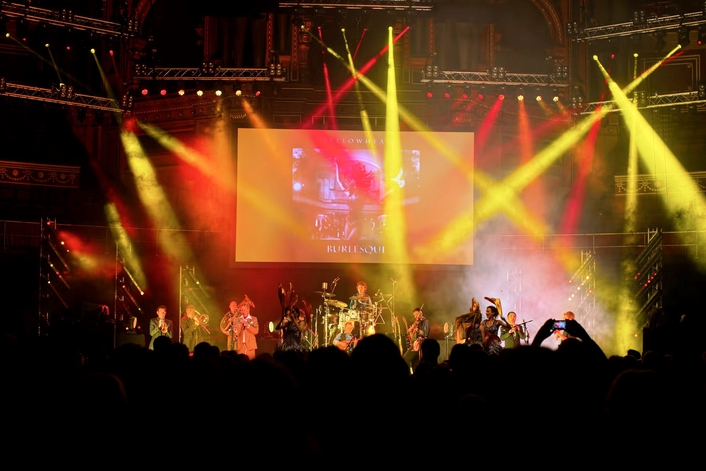 On the floor were six upright sections of truss on which the 30 x CycFX 8s were rigged – all at 45 degree angles. Also on the floor - to the side and rear of the band were 10 x LEDWash 600s used for low level cross lighting shooting across the stage and front line. The other four Pointes and additional 4-cell linear Moles were also on the deck.

The only front lighting in this somewhat moody mix were some ETC Source Four key lights and 2K fresnels on the front truss. 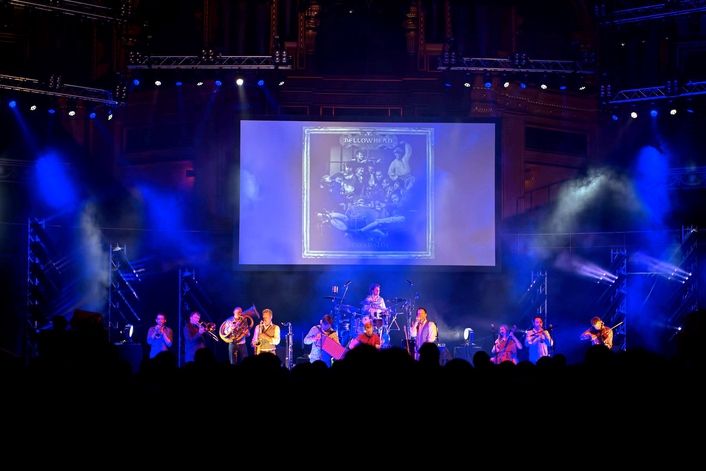 All the lighting was controlled by Emma using her trusty Avolites Tiger Touch console.

She loves the Pointes because they are highly versatile. She particularly likes using the prism effects and the ultra-tight beam effects which look great for the band’s snappier up-beat numbers. Emma first used Pointes on Bellowhead’s Autumn 2013 tour, and has not looked back! 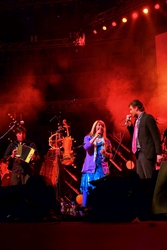 In the LEDBeam 100s she appreciates the punch of these little fixtures and in particular the colour mixing and the fact that you can get a proper continuity of colours across these, the CycFX 8s and the LEDWash 600s.

Bellowhead will again be using 12 x LEDBeam 100s for their 2014 festival run in the summer – the tiny dimensions of the fixtures mean they can easily be packed up and fitted into the backline trailer being towed behind the bus.

On the LEDWash 600s Emma loves the individual ring control effects and how these can be pixel-mapped. She also likes the superior colour mixing, and mentions that when integrating a touring rig with venue house lights, the LEDWash 600s are “ideal” for colour matching to almost any other fixture. The zoom is great” she declares, “And the effects and general output of the LEDWash is good for accentuating the drama and theatrical elements of the set. Every song has a story and a narrative, and using these lights, you can go from really subtle and understated to full-on brash and brassy in a split second!”

The CycFX 8s were a new addition to the show, Emma says: “The tight zoom on each cell combined with the unique tilt feature means you can create some stunning pixel-mapping effects”.

Emma also enjoys working with GLS, a fast growing proactive UK rental company headed by Ian Turner who is also himself a busy LD and has invested heavily in Robe products in recent years. “The equipment, service and the people there are fabulous,” she confirms.

The Bellowhead anniversary shows were extremely well received – over the years the band has built up a loyal cult following who will also be able to catch them at selected festivals through the UK during the summer.