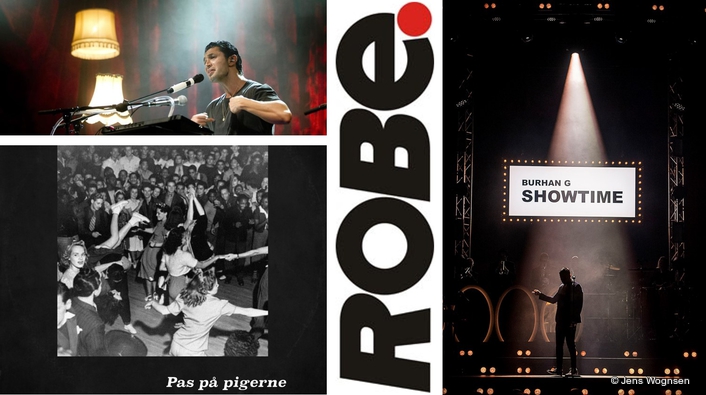 Popular Danish R&B and pop singer Burhan G is on the road with a brand new set and lighting design by Theis Wemuth of Aarhus based creative visual practice, Create This, with Robe Spiiders, BMFLs and Pointes right at the core of the aesthetic.

Theis started his lighting design career 12 years ago and is well known in Denmark for his imagination and thinking ‘out-of-the-box’. He was asked by the artist to produce a design for the tour which promotes his latest album Pas på pigerne (Beware of Girls) which features a big band sound and style bringing a new dimension to his diverse repertoire.

This set the tone for the lighting and scenic design proposed by Theis, for which he specified 18 Robe Spiiders and 25 x BMFL Spots, which are being supplied to the tour by rental company Comtech. There's no video on the tour, so it’s down to music and lighting to enhance the mood, and in these days of visual expectation, that means the lights have to work a lot harder!

Theis wanted a multi-level riser system to accommodate the 15 musicians in different sections onstage. His ideas included lots of warm colours, a cosy sumptuous feel and a rig that could also be flipped into something rawer, meaner and more dangerous at times for the more rap orientated elements.

The architecture of the rig is based on two flown trusses and six vertical pre-rigged trussing towers upstage, with Robe spec’d as the primary moving lights. 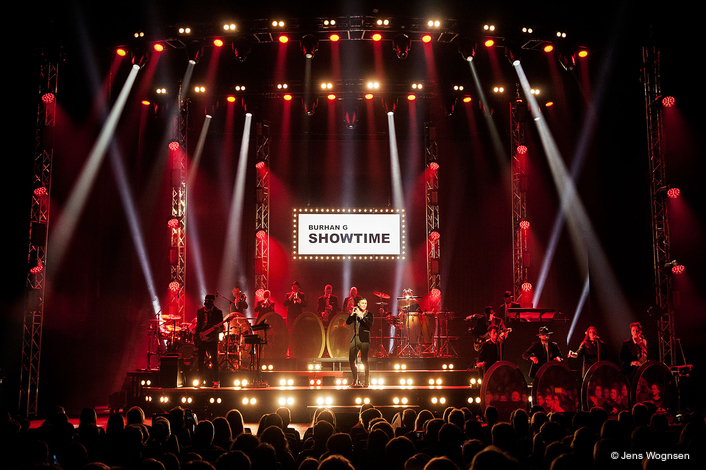 Theis was keen to used Spiiders as they are the very latest technology and it’s always exciting to work with new tech! He also thought they would be perfect for the job if producing a wide variety of looks and effects, so three Spiiders are distributed on each tower giving a total of 18 x fixtures that are absolutely fundamental to the rig.

He initially saw the Spiider at the PLASA 2016 expo in London where it was launched … and loved it! He likes the tightness and hard edged nature of the beam which also softens as soon as the zoom is pulled, revealing its powerful wash capabilities.

He thinks the LED flower in the centre is super-cool... a bit like a hidden surprise with many more revelations inside!

When it came to profile fixtures he chose BMFL Spots, which are split between being rigged on the flown trusses and sitting on flightcases on the floor used for side lights.

BMFL number 25 is used in follow spot mode on the back truss operated from the console.

The 11 Pointes are all upstage on the deck to give aerial beams and ACL patterning from that position, a visual ruse that sits well with the big band ambience.

Catching up with Theis at production rehearsals in Copenhagen, he was very happy so far with all of the fixtures! 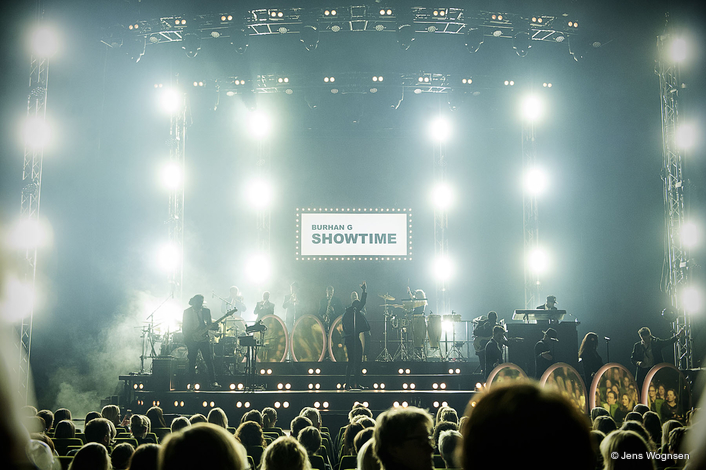 "The BMFL is great - very bright and very useful as a profile with a nice fat beam!" and he likes the Spiiders for many reasons including the fact that they are completely unique!

He's used Robe fixtures before over the years but this is the most he's specified to date for a tour.

Anders Tinggaard – who also works full time for Create This as technical Project Specialist - is on the tour with Theis and is also a big Robe advocate. His positive comments centre around the Spiiders being very quick to set up and use, small and lightweight with an "excellent quality of light".

On this tour they are visiting a mix of venues so it is essential to be able to scale the rig and re-position and re-work the stage looks. The smaller and more flexible the fixtures are, the easier this task is!

Theis and Anders are working with a technician from Comtech. The tour runs until May, then there’s a short break before returning for the summer touring season. 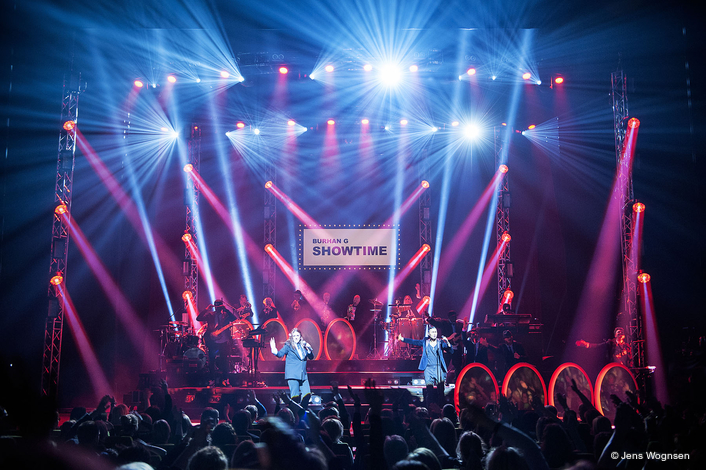 In addition to Burhan G, Create This is busy with a number of other clients including Jacob Dinesen for which they have specified 12 x Spikies - among other fixtures - on the rig which are being supplied by Vigsø Dry Hire. Theis comments, “I really love having Spikies on the Jacob Dinesen tour as I can get both beam and wash effects from one fixture. On top of that, the flower effect gives some amazing breakup looks. It is a very compact but surprisingly powerful fixture.” Lighting on this tour is being operated by Per Toft Hansen.