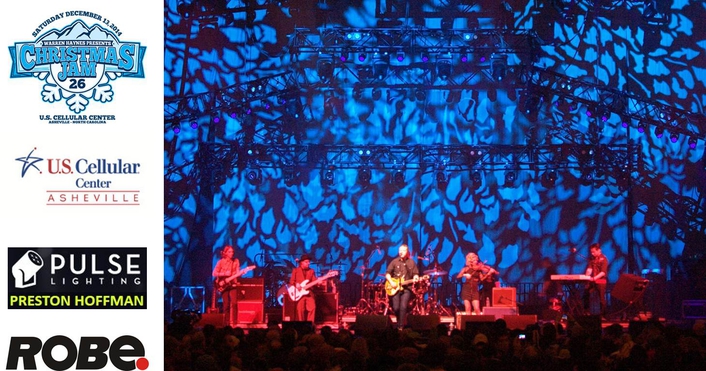 .
Robe made six of its new BMFL Spots available to lighting designer Preston Hoffman for the 2014 Warren Haynes Christmas Jam.  The annual event, this year staged at the U.S. Cellular Center in Asheville, North Carolina, featured Billy and the Kids, The Revivalists, Jason Isbell, Vince Gill, The Hard Working Americans and Haynes’ own band, Gov’t Mule.

Now in its 26th year, the high-profile music event, which began in a small club in 1988, has become a major charity fundraiser.  Since 2008, the proceeds have gone to Habitat for Humanity, an international not-for-profit organization dedicated to empowering communities and building affordable housing for those in need.

Preston has been lighting the Christmas Jam for the last four years.  This year’s goal with the lighting design was to move forward from last year’s spectacle which was expanded to two nights with an enlarged rig to celebrate the 25th anniversary.

Having successfully used BMFLs to illuminate Boston City Hall as a vibrant backdrop to the 2014 Boston Calling Music Festival, he wanted to use them again for a full-blown rock ‘n’ roll show, and this was an ideal opportunity. 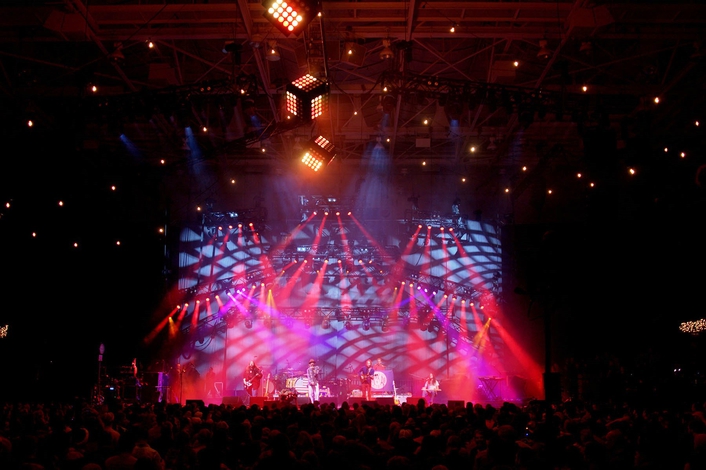 “Robe very generously made them available for the show,” explained Preston, who positioned the BMFLs on his downstage truss and used them for two specific tasks.

The first was lighting, texturing and transforming a 60-foot wide by 30-foot high grey polysilk back-cloth, and secondly, for powerful audience washes.  He textured the backdrop for emotive ‘scenic’ songs and then swung the BMFLs out into the audience for the more rocking songs.

“They were absolutely awesome for everything I wanted,” he commented on the BMFLs.

The gobos from the six units filled the back-cloth to make a series of striking patterned backdrops, and with the addition of the animation wheels, added a dynamic new layer of fluid three-dimensionality to the stage. 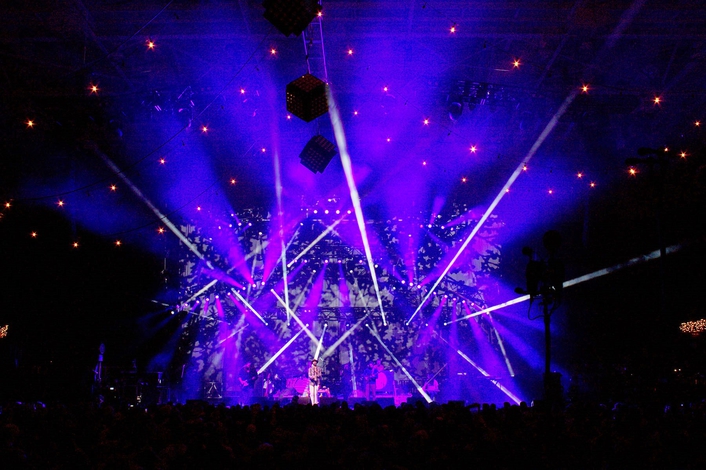 One of the original requests from producer John Dindas was for a starcloth.

Thinking laterally, Preston realized he could provide a highly effective star backdrop using the BMFL star gobos. In addition to this effect, there were numerous other options available which star cloths don’t have!

While the dual graphics wheels and other gobo selections in the fixture made the backdrop dynamic and engaging, the money saved from not needing the special drape helped generate more funds.

Preston remarked on how seamlessly the BMFL gobos blended together into one overall picture across the whole surface and thinks the overall gobo selection is excellent, especially the more organic ones. 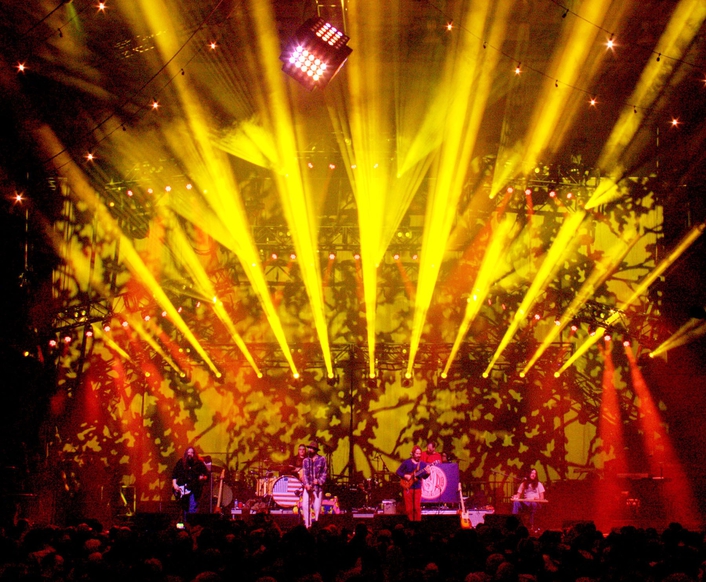 Other BMFL characteristics he noted include their ability to produce amazing beams, which are much “narrower, sharper and brighter than standard beam fixtures although they also fit right in with those looks.”

Even with the dark saturated colors and running at half intensity, the lights still had masses of punch as back light.  “You could pick the darkest colors, add prisms, gobos and other effects … and still have a huge, intense beam of light coming out  …  and THAT was when they were trimmed at 50% for the cameras, ” he added with a smile!

Preston lit three of the five bands performing, and the other two brought their own LDs who were also impressed by the BMFLs.

Preston looks forward to using them as his primary lighting fixtures on a tour soon!