.
Multi-award winning Dutch rockers BLØF have an enthusiastic and eclectic fanbase as well as earning serious respect for the musical integration of sounds, styles and genres from a diversity of cultures into their work, so the ability to ‘paint’ with light when constructing their live shows is key to evolving the look and feel of the visual environment.

For BLØF’s recent show at Amsterdam’s 17,000 capacity Ziggo Dome Lighting Designer Patrick Kramer did exactly this … with a little help from over 200 Robe moving lights including 26 of the new BMFL Spots.

Patrick cut his professional lighting career teeth in the theatre and has always liked to work as part of a creative team. On this one, he collaborated with set and video designer Bart van Rooy and between them, the concept of building geometric shapes, squares and rectangles evolved. These were based on a Layher scaffolding superstructure clad with a mix of LED and scenic panels. 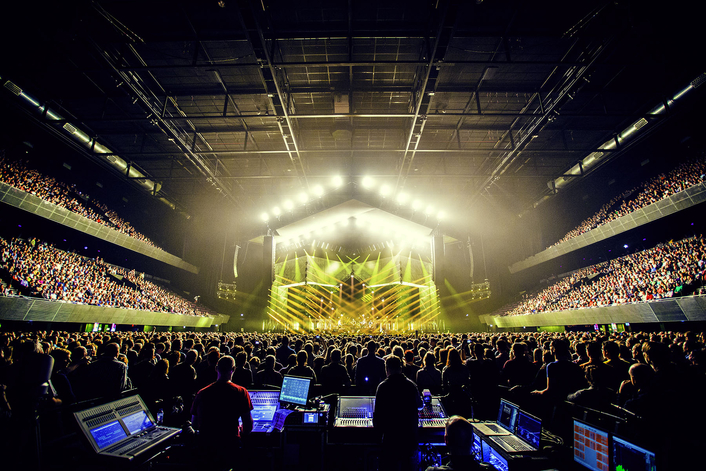 He then needed powerful lighting fixtures to fill the venue’s vast interior that would offer a good range of spot, beam and wash options and the ultimate flexibility to craft an intricate show requiring plenty of attention to detail.

He chose Robe for almost all his moving lights!

Each set of fixtures had a specific functionality and combined, these enabled Patrick to produce a stunning, eye-catching and emotive show that thrilled and captivated the audiences and impressed the press! 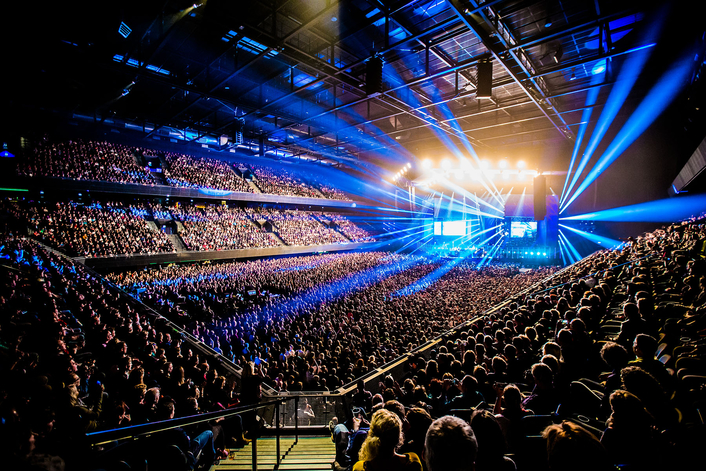 BMFLs on the over-stage trusses were used for potent front lighting, while those on stage at the back were used to create huge all-encompassing long-throw beam-tastic looks, high-clarity gobo effects and vibrant band washes.

The 40 Pointes were positioned upstage in five vertical lines, their primary role to increase the depth and three dimensionality of the set / stage … and help accentuate its scale.

The 80 x CycFX 8s framed the top and bottom of the set / stage, emphasizing the architecture of the space and completely changing the appearance of the stage. Also they were connectors between the energies of the band onstage and the audience, wiping across the space with huge sweeps of colour and masses of beams so the stage appeared to be floating! 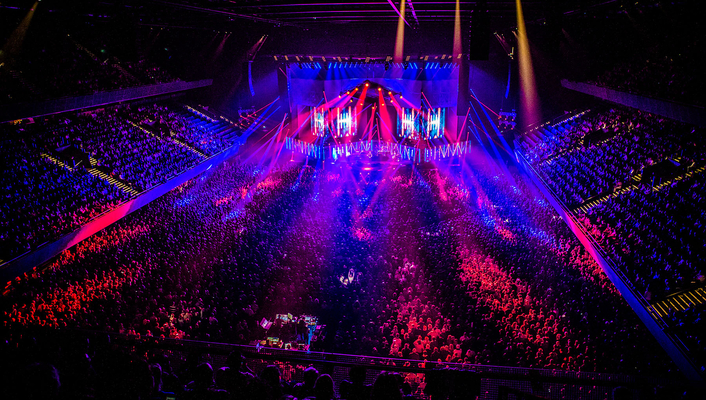 The 34 x LEDBeam 800s were ensconced in the Layher scaffolding structure and used to backlight the stage making it glow and shimmer.

The 32 x MMX WashBeams were used for side lighting, highlighting the contours and lines of the set as well as for adding pulsating washes.

The scope of the design and the versatility of all these Robe fixtures meant that Patrick could cut between enormous epic looks one second to cool, subtle, fluid, intimate looks the next. 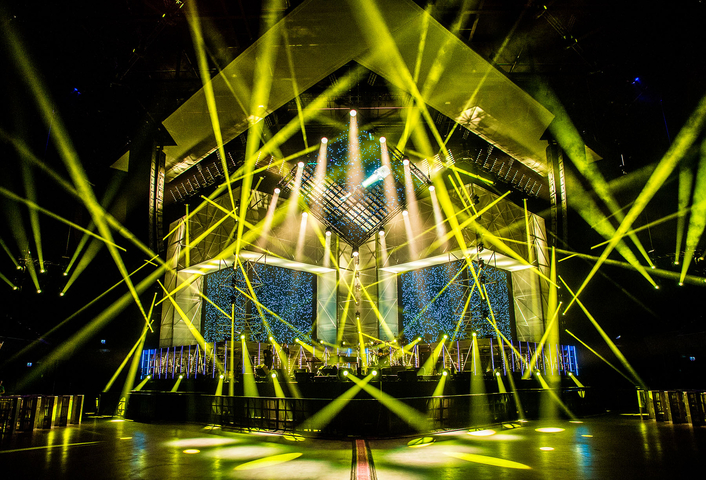 It was the first time he had used BMFL Spots – something he’d been itching to do since first seeing the pre-production models at the factory in the Czech Republic in the summer in a visit arranged through Robe’s Benelux distributor Controllux.

“Excellent, a very big bright light in a small body offering super-fast, high-quality output that still looks very intense with colour, gobo, prism, etc. combinations”. He also likes the zoom range and the choice of gobos … and reiterates the impressive optical quality of the BMFL.

He’s been using Robe products for some time, increasingly since the launch of the ROBIN series in 2010, and comments that the brand offers a “Complete and reliable line of spots, washes and beams that are always among my palette of solutions”. 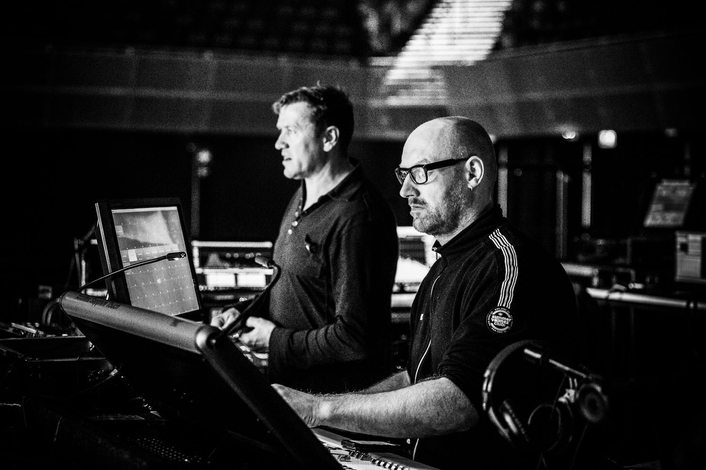 Patrick ran the lighting and lasers (from Resal Laser) for the Ziggo Dome event on his Avolites Sapphire Touch console, with an Avolites Ai Infinity server playing back the video content and  live camera feed.