.
Robe’s new Bright Multi-Functional Luminaire (BMFL) Spots made their debut on the vibrant Italian electronic music and arts scene, featuring prominently on the main stage at the 2-day C2C (Club2Club) International Festival of Music & Arts in Turin, where they were specified by production lighting designer Walter Lutzu.

Walter also utilised 16 x Pointes, 12 x MMX Spots and 12 x LEDWash 600s on his versatile and spectacular design, which had to be flexible enough to deal with an action-packed line-up of DJs and artists, all requiring their own distinctive visual styling and settings.

It was Walter’s second year lighting the main stage at the multi-venue uber–cool event which was again set in an atmospheric disused former industrial plant in the Lingotto area of the city. 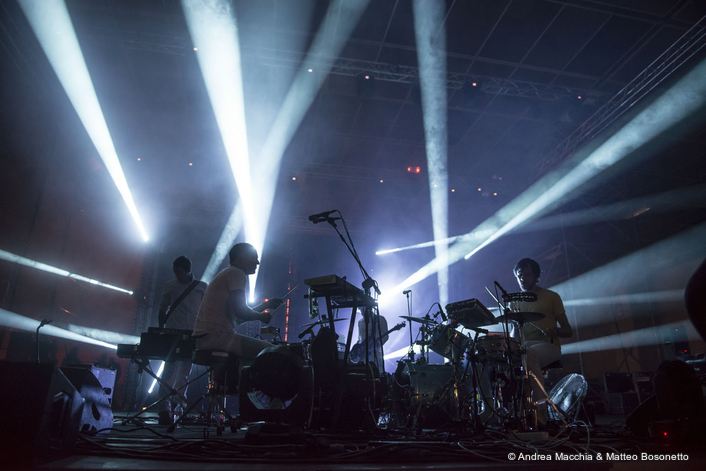 As well as offering the best in Italian and international electronic and experimental music with over 48 sizzlingly hot sets - including the legendary Italian singer-songwriter and composer Franco Battiato performing ‘Joe Patti’s experimental group’ his thirtieth studio album - there was also a strong cultural element to the festival. It ran alongside the city’s Contemporary Arts Week, complete with a number of other art installations, interventions and experiences for festival goers to enjoy.

At the Main Stage, Walter’s lighting design also had to incorporate the requests of various visiting LDs who operated shows for their artists, plus some additional specific rider requirements for other artists including Apparat, Caribou, Chet Faker, Marcel Dettmann and SUBTRKT. 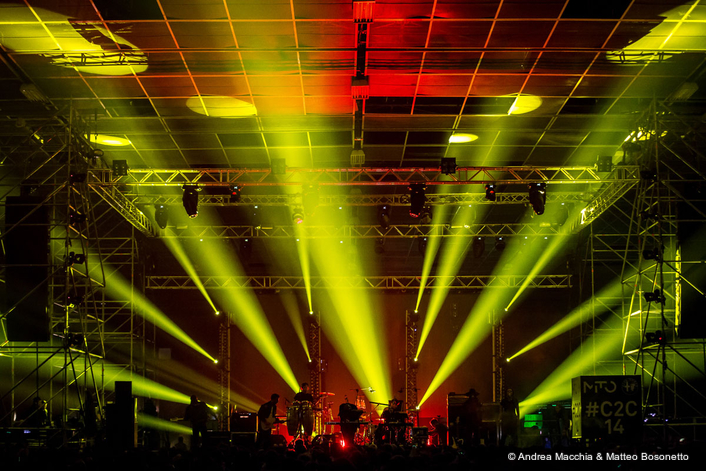 The four BMFL Spots were positioned at two different levels on the front truss. This made it very easy for visiting LDs to integrate them into their existing shows if they wished to use them.

For the bands that Walter himself lit, the BMFL Spots were in an ideal ‘exclusive’ position to be woven into the show and also to have maximum impact especially when he turned them around and shot the searingly bright beams down into the audience complete with a dazzling array of effects and looks. “Having them on the front truss really allowed me to put them through their paces,” he explained.

LD Luca Casadei made use of the various colour temperature options during Franco Battiato’s and Pinaxa (Pino Pischetola)’s set. 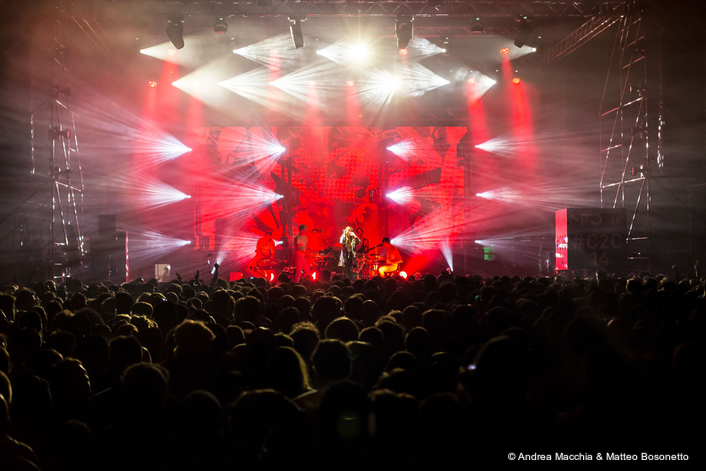 Walter was particularly impressed with the dual graphic wheel, together with the sheer power and intensity of the fixture – even with a combination of gobos and dark colours inserted in the light path – they still came thought incredibly bright and bold.

“With the iris and the zoom right in, the beams can work just like projectors in quality, clarity and detail, and it’s also an extremely quick fixture all round,” he concludes.

He first saw the BMFL  demo on the Italian date of Robe’s BMFL World Tour, at Cinecitta World in Rome, organised by Italian distributor Robe Multimedia … and was immediately struck by its power and potential. He was even more delighted to be able to be the first LD in the country to use BMFLs on a live show. 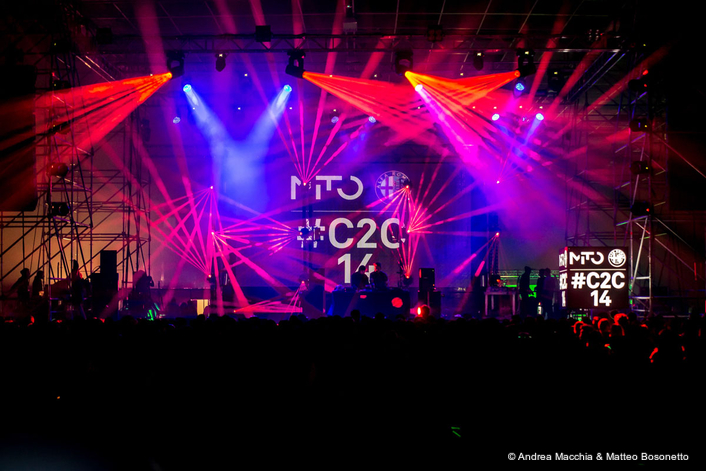 The Pointes on the C2C Main Stage were rigged on four vertical trussing towers at the back of the stage behind the DJ booth and used for “crazy horizontal movement” effects and in-the-face ‘beam-technology’ looks from upstage.

Lighting – which also included several other fixtures and a wall of LED battens - was programmed on a ChamSys MQ60 console, and all the equipment was supplied by Dada Servizi Musicali from Turin.

Walter also worked closely with trussdesign.it, developing the lighting plot and pre-visualising it on WYSIWYG where he could observe the BMFL Spots virtually before seeing them onstage for the first time, which helped enormously in a time-precious situation.

Over 40,000 people enjoyed the C2C Festival this year – record numbers as the event continues to grow in profile.