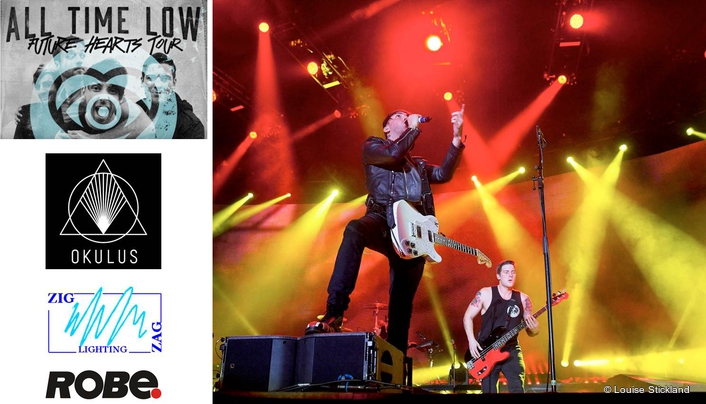 .
Lively US pop punk band All Time Low have just completed a co-headlining UK arena tour with UK rockers You Me At Six, and are kicking off their new “Future Hearts” album campaign.

All Time Low’s Boston based Lighting Designer Jeff Maker lost no time in specifying Robe’s BMFLs on the rig, together with an all-Robe floor package comprising 24 x Pointes, 27 x LEDBeam 100s and 11 CycFX 8s. These joined the overhead rig – shared with You Me At Six - comprising 18 x BMFL Spots and 18 x Robe LEDWash 600s.

Jeff worked closely with You Me At Six’s LD Louis Oliver from Okulus on creating the production design for the tour, with Leeds based Zig Zag Lighting appointed as the tour lighting contractor. As the second UK rental company to commit to buying Robe’s new signature moving light, Zig Zag actually purchased their BMFLs to go on the Gaslight Anthem UK tour at the end of last year, which was also lit by Jeff. 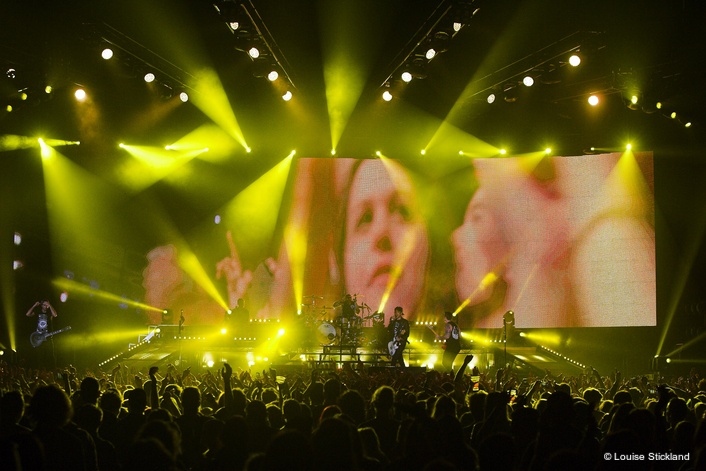 Delighted with the results of the versatile and mega-bright BMFLs, Jeff wanted to use them again for this one.

The 18 x BMFLs were rigged on six upstage / downstage orientated truss spines or ‘fingers’ and were very prominent in the rig. This positioning was perfect for Jeff’s hi-impact lightshow which matched the intense energy of the band whose animated and highly audience interactive performance enthrals fans wherever they go.

The BMFLs made up a myriad of big, bold beamy looks that blasted all around the room. “Yes I still love the BMFLs!” declared Jeff enthusiastically, “Great colour-mixing, great gobos … and great zoom!” 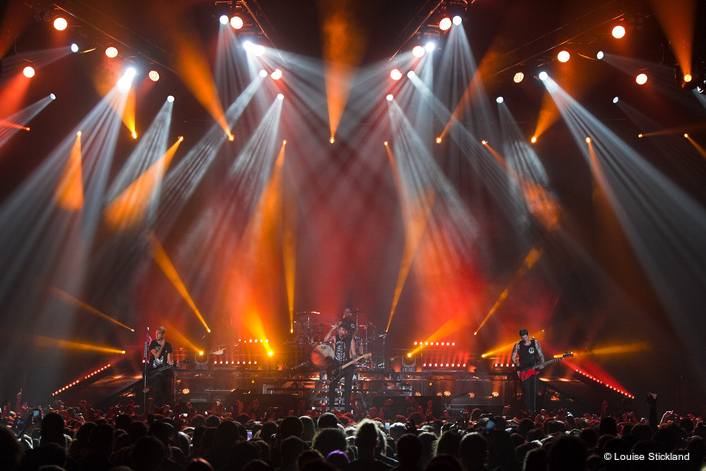 Like everyone who has used the BMFLs so far, he is blown away by the amazing brightness. He used them extensively in open white on this tour, and also zoomed in tight to amplify the clarity and crispness of the beam.

The BMFL’s renowned beautifully flat and even beam-field – with no visible hot-spot - was very evident on this show!

The 24 Pointes were dotted around the various multi-level risers and runways which formed All Time Low’s set, including beneath the drum riser. They produced lots of crazy, funky,  colourful, high-speed effects. 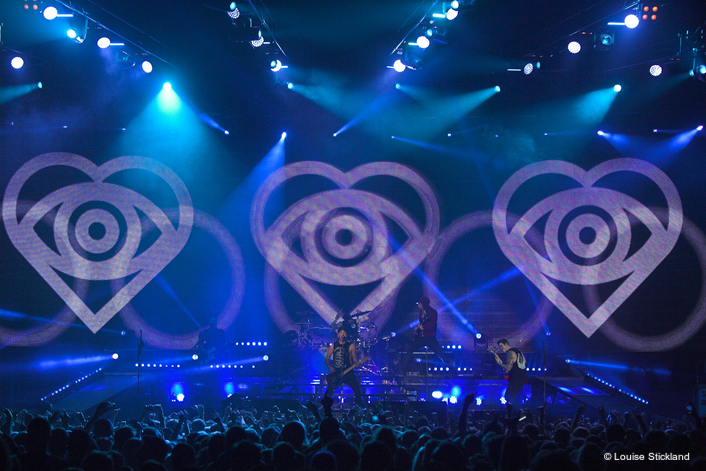 Jeff has used Pointes for a couple of years now and still never tires of those extreme razor sharp beams and other popular looks and effects like the linear prism.

The little LEDBeam 100s were dotted around underneath the band risers which had stretched gauze fronts, allowing the lights to punch right through at low level. This helped create multiple layers of lighting and sometimes the set appeared to be hovering in the air. Jeff likes the LEDBeams for their intensity, speed and minute dimensions … which mean they can be squeezed into virtually anywhere. 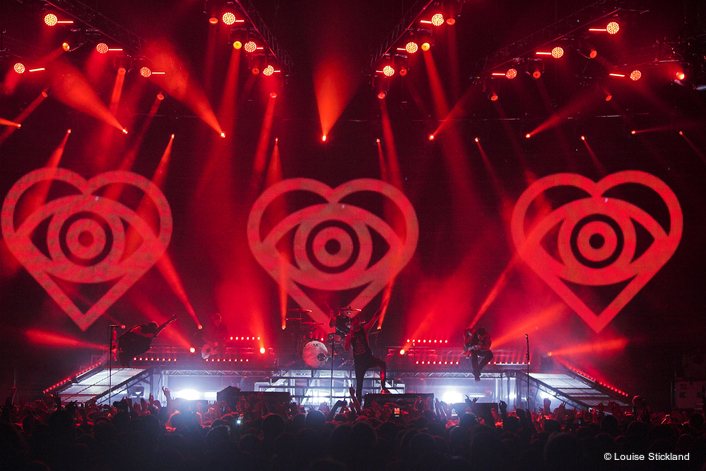 The CycFX 8s were another Robe fixture that Jeff used for the first time on the autumn Gaslight Anthem UK tour. Again they were a big hit, so they were on his plot for this one too, outlining the runways leading up to the risers and along the back of the riser podiums that were used extensively by the band throughout their all-action set.

The CycFX 8s created big, dramatic curtains and sweeps of light … all generally adding to the onstage chaos!

Jeff ran his show through an Avolites Sapphire Touch console. 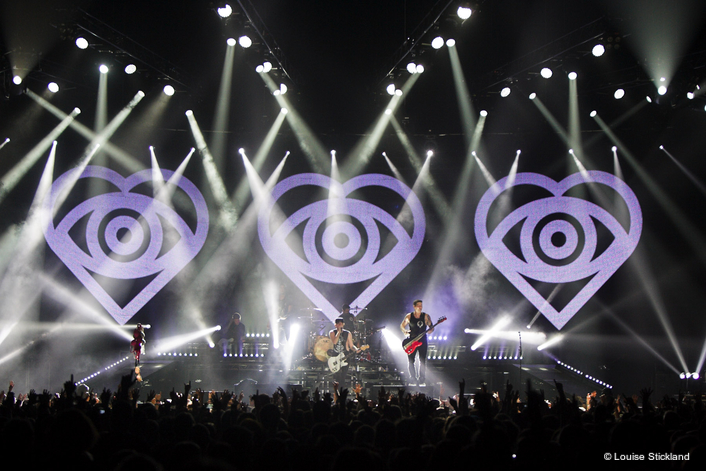 All Time Low also made use of a huge curved Winvision 18 mm LED screen upstage, running lots of custom video content and eye-catching graphics. This kicked out plenty of lumens, but the BMFLs, Pointes, LEDWash 600s, CycFX 8s and LEDBeam 100s all happily held their own against it.