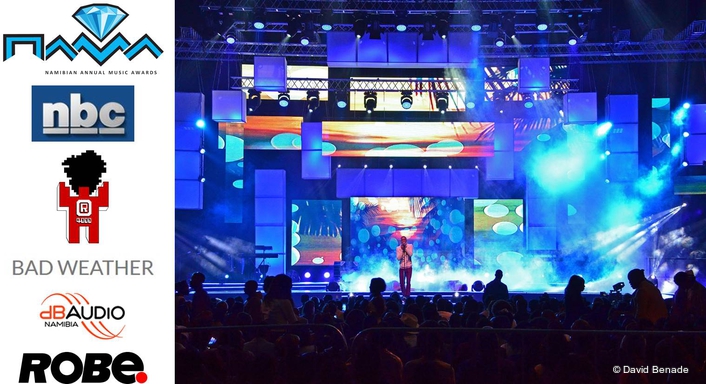 Celebrating the very best of Namibian musical and recording talent, the 2015 Namibian Annual Music Awards (NAMAs) was staged at the Swakopmund Indoor Sports Centre, in the coastal city of the same name, with full technical production delivered by Windhoek based dB Audio Namibia for producers Rockstar 4000.

The eye-catching lighting scheme was created by Jonathan Bandli from design practice Bad Weather in Cape Town, and included over 100 Robe moving lights.
The show, sponsored by a combination of Mobile Telecommunications Company (MTC) and the Namibian Broadcasting Corporation (NBC) who broadcast it live, was the second NAMAs for Jonathan, having been asked on-board last year by dB Audio Namibia to set the scene with a production design incorporating the visual mediums of lighting, video and set.

He received a brief from the producers outlining the theme and direction of the show, and started to evolve the design from there, taking into consideration the kit that was available locally.

The idea was that the set, lighting and video were all integrally layered to produce a more coherent overall look with each discipline complimenting the other, and also structured so layers providing more new and exciting visual treatments could be revealed as the lengthy show unfolded.

With 20 Awards categories recognising all areas of the very diverse Namibian music scene and 20 actual live performances, the show was somewhat ‘action-packed’, so Jonathan really needed to push as much dynamics as possible out every visual aspect.

He needed to have colour, movement, texturing and other mood-changing parameters at his fingertips and lighting was a key to achieving the overall fast-moving aesthetic. 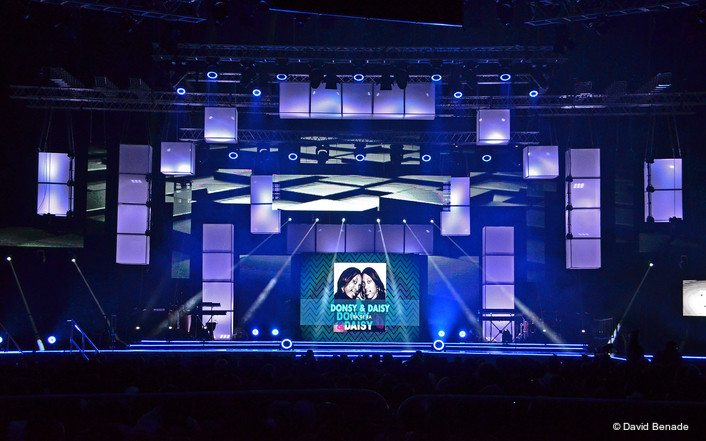 It was the first time Jonathan had used BMFL Spots, a new and important investment by dB Audio Namibia, and he was really excited about the prospect. Like many, he was extremely impressed with the brightness!

The BMFL Spots were arranged in three rows of six units on the three over-stage trusses, and for the event, they were Jonathan’s primary spot fixtures, handling multiple tasks from standard spotlighting to specials, general front light, texturing plus massive aerial and beam effects. 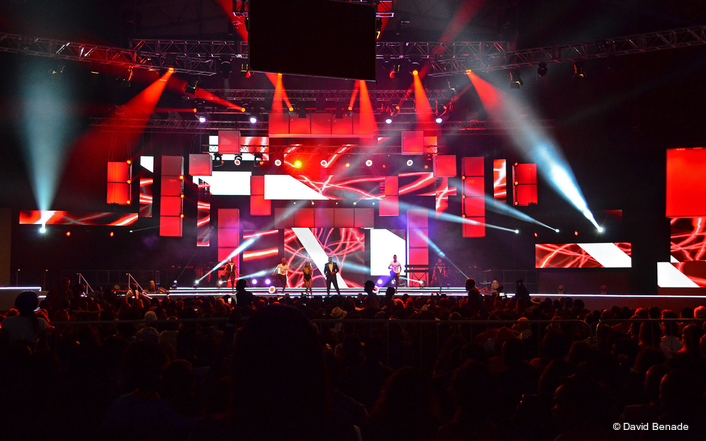 He was particular struck with the intensity of the BMFLs in the very dark and completely saturated colours like UV and deep red. He also liked the appearance of the tight beam – which is uniform right to the point at which it disappears, and with such a wide zoom, he had the latitude to go both very wide and extremely tight … as needed!

The LEDBeam 1000s were also new to the party, and these were spaced in between the BMFLs on the mid and upstage trusses where they created a very potent back wash. He also had two LEDBeam 1000s on the set ramp for creating eye-candy effects on camera.

He ran these plus the LEDWash 600s and 300s in ‘wide’ mode to take full advantage of the individual LED ring control which enabled the creation of numerous funky and fabulous effects. 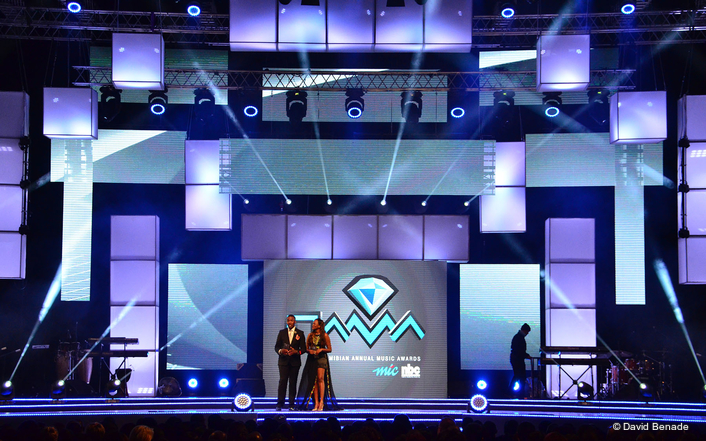 He really liked the way these LED ring effects – particularly on the LEDBeam 1000s – translated on camera – with the tight and fast zoom he could make a whole range of effects from washes to twinkling and pulsing to “Amazing” tight beams. He also noticed a clear separation between the rings which maintained a clean and sharp effect when the units were chased through!

With the large venue and the live broadcast in SD which was directed by Eugene Naidoo, ensuring it looked great for the 2000 or so live audience and for the hundreds of thousands catching it on TV … was a real challenge.

A lot of front light was used – there was also a large generic ‘white-light’ rig in the venue - and working with high intensity fixtures like the BMFL and the LEDWash 1000, the overall intensity could easily be lifted as needed to optimise lighting conditions for the cameras, whilst still retaining all the drama. 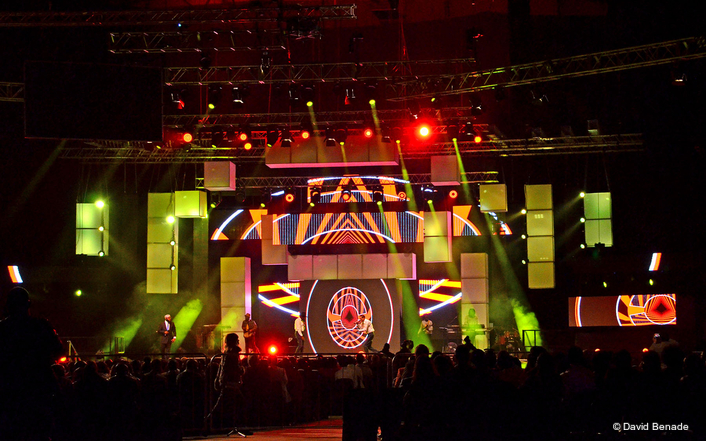 Having a good balance between the intelligent lighting and generic white lighting was also essential for the lighting design to work properly.

Jonathan, who also ran all the show lighting on a Road Hog 4, has used Robe products since the start of his career as a lighting professional, and commented that the brand is extremely widespread and well supported in Africa via distributor DWR.

He thinks that the recent investment by dB Audio Namibia in the BMFL Spot and other technology has really upped the ante in the Namibian rental market. “Bad Weather is very proud to have such a good working relationship with dB Audio who are a really switched-on and forward-thinking company. It was fantastic being part of their team helping to produce such a memorable NAMA show to the highest standards of technical and creative excellence”.