Robe Blows Up Like a Bonfire for The Hunna 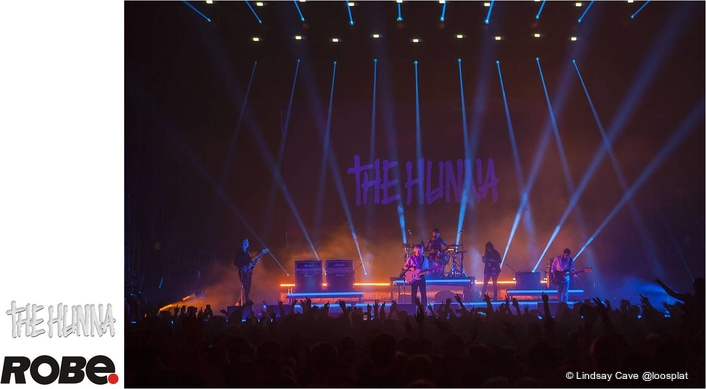 Lighting designer Tom Campbell fully embraced the Robe MegaPointe buzz on a recent UK  tour by indie rockers The Hunna – surfing high on the 2018 ‘ones-to-watch’ list  -  utilizing 37 of these trending new moving lights at the core of his design.

Tom’s opinion of the MegaPointe, having now had a chance to use them properly, is assuredly, “The MegaPointe isn't just a beam, it’s also the best spot fixture I have ever used!”

Lighting and lasers for the tour, the start of an anticipated busy live schedule for the band with a cache of catchy tunes and an enthusiastic fan base - was supplied by Colour Sound Experiment. They were among the first UK companies to invest in MegaPointes immediately after the product’s launch in September 2017. 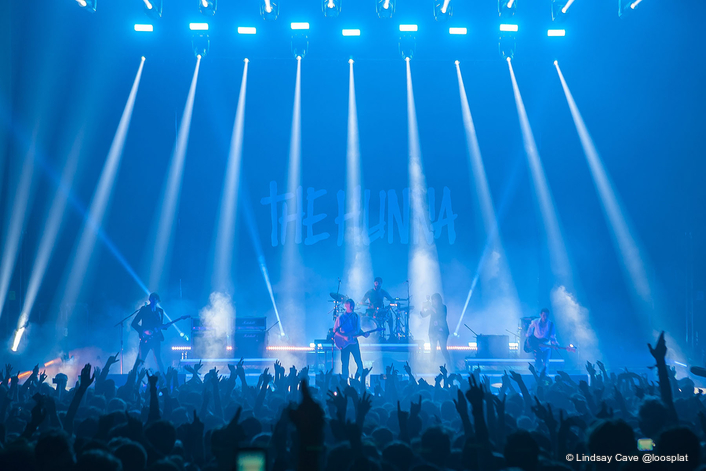 Tom came on-board at the end of last year to help craft a cool & unique aesthetic for The Hunna’s live appearances. He evolved the look and feel of this first production tour in close collaboration with guitarists Dan Dorney and Ryan Potter, bringing his own flair, imagination and experience to the visual equation. 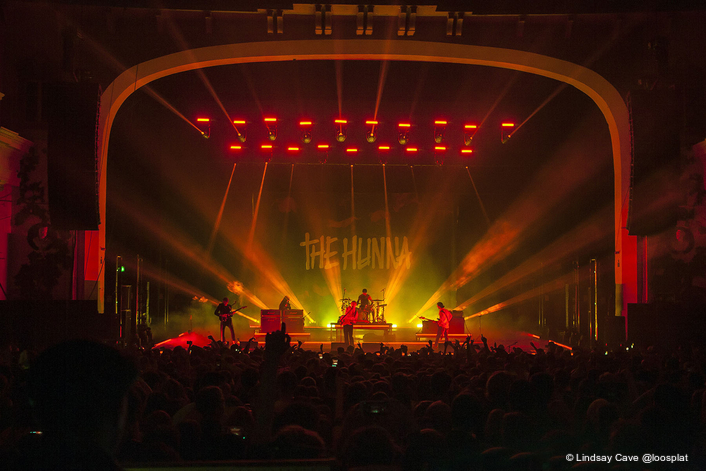 He originally saw MegaPointes in action at the PLASA expo in London just after their launch and was well impressed. When, during one of his design brainstorming sessions with the band, the idea of high-impact beamy looks and effects came up ... he knew MegaPointe would be the perfect fixture.
Nineteen MegaPointes were rigged on 12 ft. drop bars allowing them - trim permitting - to fly the mid truss out of view so the lights appeared to be floating in space. 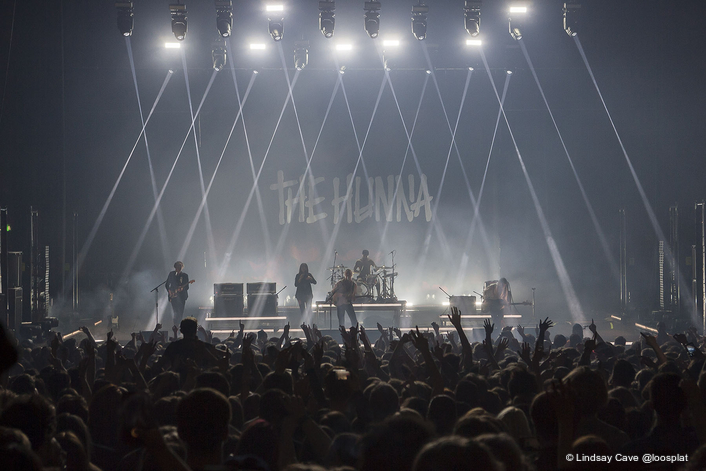 The rest were all on the floor where they provided a dynamic balance in the beams. Eight were located upstage along the back just in front of the backdrop, and the rest split into two groups and positioned at the sides, from where they produced a lot of the essential key light – as there was no front truss.
As a true multipurpose fixture, Tom loves MegaPointe for many reasons including the fact it does “all the classics to an exceptionally high standard  ... AND so much more”. 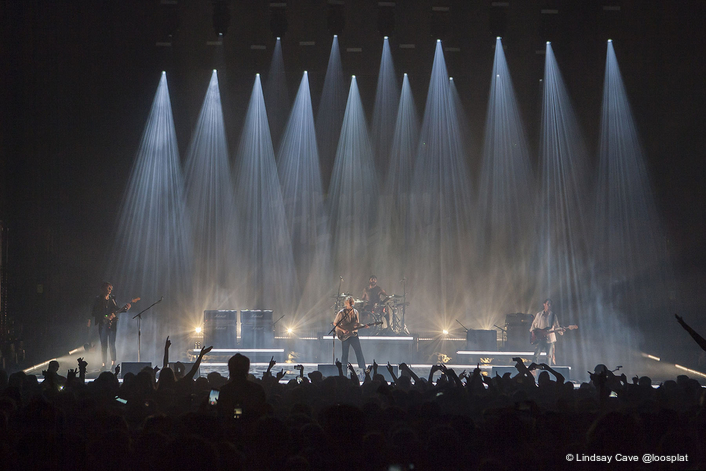 That includes the “fully HD” gobos, referring to the clarity and definition of these and the refined optics assisting them to literally ‘pop’ out in 3D.
The colour mixing he describes as “excellent and exceptionally smooth”. He uses a lot of strong saturated and single colour looks which underline the more edgy and jittery effects also from the MegaPointes as well as the lasers and strobes. 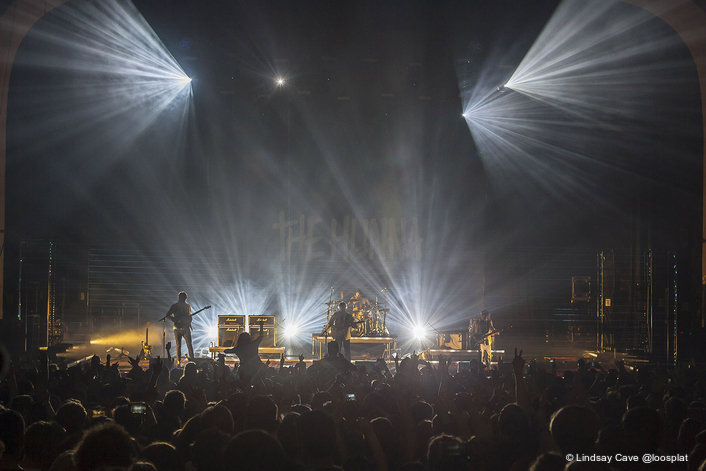 The elegance of the MegaPointe animation wheels proved great for adding numerous subtleties to the mix, and he also found himself using the frosts quite frequently.
The zoom was another primary feature, with the ability to go from a light parallel laser-emulation beam – ideal for complimenting the laser-based songs in the set, and at the other end of the zoom, for creating dynamic wide gobo looks, plus the near infinite variations in between.

Added to all of these considerations, being physically small and light in weight at 22 Kgs, it’s a luminaire that could happily be rigged on the 12 ft. drop pipes.
Tom thinks MegaPointes will be the heart of future designs and was excited to be one of the first UK LDs to give them a good work out on the road.

Colour Sound, a company that’s made a steady commitment to Robe over the last five years, also made a smart move in early adoption, pre-empting the huge popularity and demand currently enjoyed by MegaPointes.

Six Robe LEDWash 300s were also on the rig, in the footlights position around the front of the stage, unobtrusive due to the small size. The highly realistic tungsten and CTO emulation made excellent PAR can replacements.
Tom has recently joined visual design collective MIRRAD and used two Avolites Sapphire Touch consoles to run the show’s lighting and lasers.