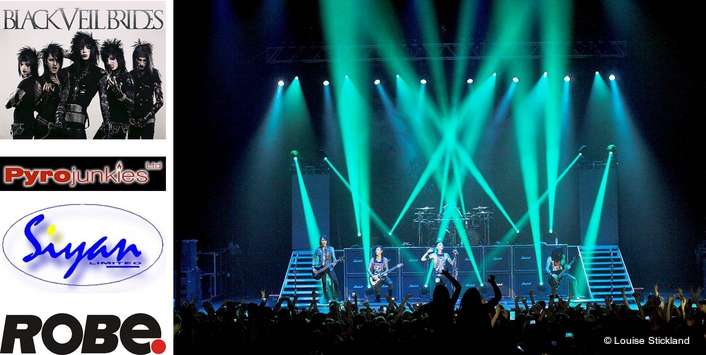 .
Black Veil Brides brought their loud flourishing and highly visual neo-glam metal and rambunctious rock to the UK on the first leg of their “The Black Mass” world tour 2014-15 including a touring specials rig of 14 x Robe Pointes, which in the UK was supplied by rental company Siyan.

The tour’s lighting is designed by California-based lighting designer Chris Reade, and being looked after on the road by Jimmy Duke as the band’s new lighting director.

Reade’s creative starting point was to make the band look larger than life onstage – a goal to which their extravagant theatrical makeup and distinctive black outfits that utilize a number of styles and textures like leather, rubber and PVC – naturally enhance. As the design process evolved, video also became intertwined with the addition of two 4 x 8 ft 6mm LED screens aligned with the set. 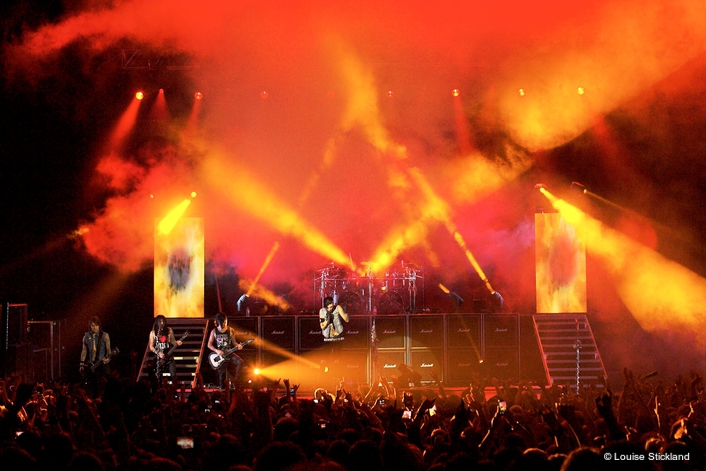 “The band is very powerful visually and sonically, so I wanted our part of the performance to be based on timing and punch,” Reade explained. “Rather than just a lot of thrashing and flashing for no apparent reason, you can expect lots of big potent looks – and a careful application of ‘less-is-more’ to make the most of the ‘negative’ space onstage as well”.

He chose to make 14 Robe Pointes the principal fixtures of the rig. 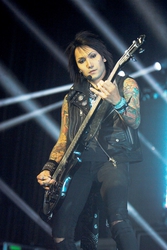 The idea is that they define the performance space, divide it into a number of possible layers and are truly the core workhorses of the rig, with additional ‘house’ overhead rigs provided locally completing the design.

Reade decided on Pointes because he feels the light is “Awesome” and because Pointes have been showing up on specs and rigs increasingly over the last 12 months. The opening act on another tour he recently lit were using Pointes … and he was really impressed.

He particularly likes the “Fantastic brightness” of the fixture, the zoom, the frost, and the rotating gobo and prism capabilities – all of which are helping make The Pointe one of the most popular choices of multi-functional beam light worldwide right now!

Reade has worked with many different Robe products over the years, starting from the early days of the brand back in 2003 / 04. Most recently – apart from the Pointe – he’s used the LEDWash 1200s a lot and of course, like many, he’s now itching to get his hands on Robe’s amazing newly launched BMFL Spot!

Black Veil Brides is the first time that Reade has collaborated with Jimmy Duke, based in Las Vegas, also an LD of international repute and a Robe enthusiast having used the brand regularly since 2010, when he was brought in to programme lighting for Robe Lighting’s booth at the LDI expo in Las Vegas that year and again for LDI 2011 in Orlando. 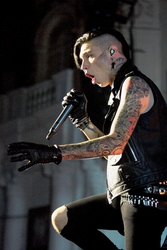 Apart from the lights, Duke likes the intuitiveness of Robe’s software, and also commented that “I think of Robe as a happy family. They are incredibly personable, friendly and accessible as a company … and this is really quite unique. I have worked with a few manufacturers, yet my relationship with Jerry Seay and David Chesal from Robe Lighting and Robe’s International Sales Director Harry von den Stemmen is far more genuine that you might expect in this industry!”

“Plus … you cannot help but get this sense of accomplishment when you peek inside Robe products and see the magic that makes Robe such a success … and I am hinting mostly about CEO Josef Valchar”.

Pyrojunkies supplied additional fireworks and sparks for Brixton, which Jimmy adds was “Fun to execute!”

“It was the first time I have scripted pyro for a show,” he explained, “And I loved it! The band trusted me and apparently I nailed it! I laugh now - it's not easy getting everything to line up perfectly, but it did! I appreciate Dan Eskee for learning the music and knowing his Pyro cues without hesitation together with his ability to work safely with the artists onstage which was paramount." 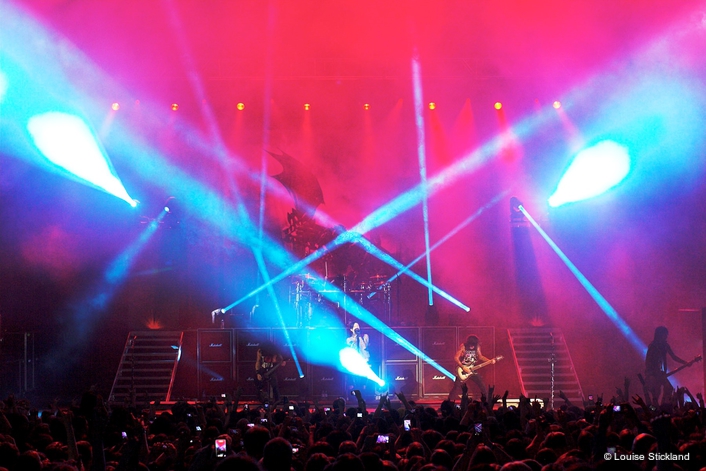 All lighting was programmed and run by Duke on an Avolites Pearl Expert console with a touch wing, and an ArKaos media server, with all the video elements supplied by Visions Lighting from California.

The extensive UK and European tour was project managed for Siyan by Tom Grant, Ben Inskip was Siyan’s Account Handler and Dan Everitt was the tech. 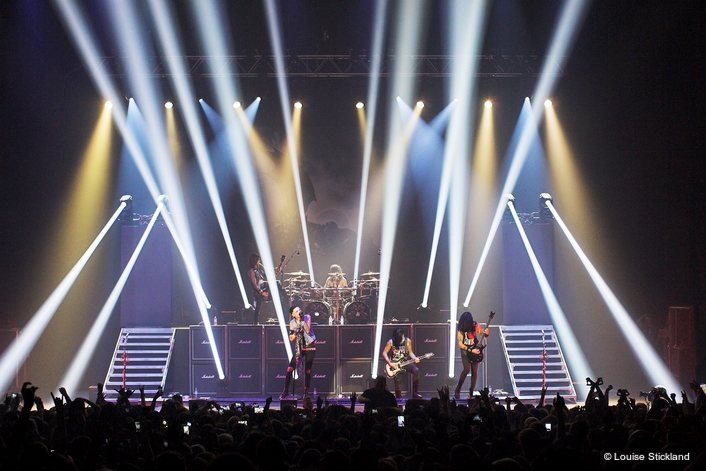 “The communication level with Siyan has continuously impressed me,” enthused Duke, “All the attention paid to detail by Tom Grant makes for a great working relationship both now and in the future”.

As Duke made his way to FOH before the show at Brixton, he concluded “I am really happy to be here in the UK, using Robe especially, and it is a great pleasure to be working with Chris Reade on this tour”.