Robe is Amazing on 2014 Eesti Laul Show in Tallinn 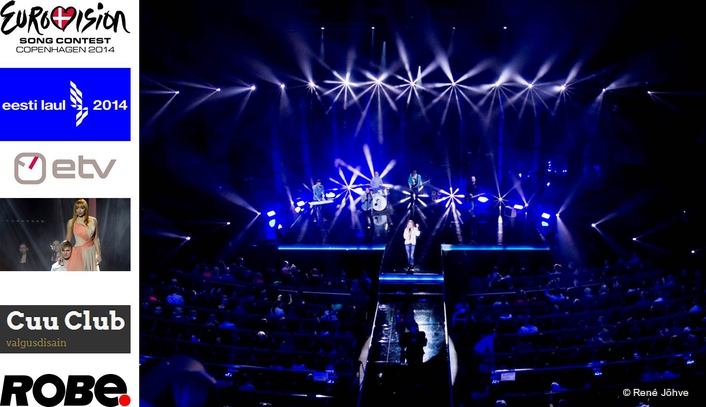 .
The final of the 2014 Eesti Laul ‘The Song of Estonia’ competition selected the country’s entry for this year’s Eurovision Song Contest to be held in May, and was lit by René Jõhve of creative design practice Cuu Club working in close collaboration with Set Designer Marit Kutser.

His original and inventive design used over 80 x Robe moving lights, including 32 x ROBIN Pointes – the first time this multi-purpose best-selling fixture has been used on a major TV show in Estonia.

It’s the third year running that Jõhve has lit the competition, which is narrowed down from hundreds of entries to the top 20 songs and from two semi-final heats - staged at Estonian National TV’s studios (ETV) in Tallinn - to the final 10.

The 10 finalists and their songs then battled it out in front a large live and TV audience at Tallinn’s Nokia Concert Hall. A combination of tele-voting and the jury selected the final two from these … with the eventual winner chosen entirely by a public vote.

Jõhve had an open brief when it came to lighting the final, but his starting point was Kutser’s interesting set design which comprised several columns of light boxes – each module individually lit with internal colour changing LED strips.

He had to make the artists and the songs look different and unique, and so chose Robe to help deliver a stunning looking lightshow.

Jõhve used the Robes as the main feature and effects lights of the show, and also utilized some of the lights in the house system.

Sixteen of the Pointes were flown on two overlapping curved trusses above the stage, mirrored by the other 16 on the floor, in corresponding positions upstage.

The MMX WashBeams were on the floor, while the LEDBeam 100s were rigged in two rows amidst the audience – one at the back and one right in the middle of the auditorium  – clamped to the structural handrails of the building and in full view of everyone.

This illustrated the versatility of the little LEDBeam 100 which is small and lightweight enough to be used virtually anywhere!

The Pointes were used to create the core look and feel of most of the major lighting scenes in conjunction with the set lighting. The multi-functionality of the luminaire is the main reason they were specified, and Jõhve loves them!

“They are so adaptable! I really appreciate being able to do so many different things with just one fixture ” he enthuses “ One minute it can be a beam, the next a spot and so on! The prisms are a very cool effect”.

Eesti Laul’s Director Ove Musting was also extremely impressed with the Pointes and the selection of diverse and more unusual on-camera effects that they brought to the show.

Jõhve has used LEDBeams and LEDWashes in many previous projects. He’s been using Robe in his work – which encompasses television shows as well as concerts and special events – generally since about 2006, when E&T first presented the brand in Estonia. 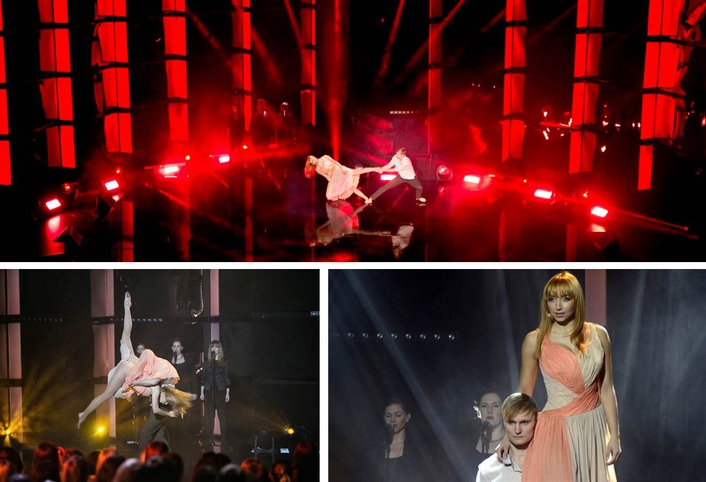 He operated lights for 2014 Eesti Laul using a Chamsys MQ200 taking care of most of the onstage moving lights and was joined by two other operators – Meelis Lusmagi used an MQ60 for the audience lighting and set module lights, and Andre Petraudze controlled the white light elements via a ChamSys PC Wing.

Eesti Laul winner Tanja and her song “Amazing” will represent Estonia in the 2014 Eurovision Song Contest in Copenhagen in May.