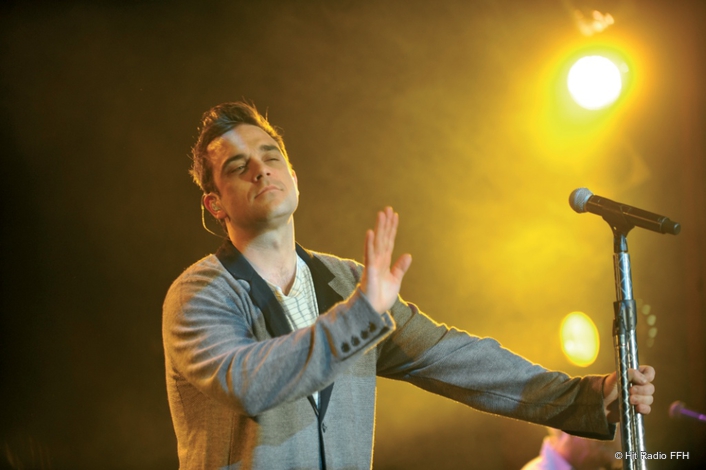 Robbie Williams in Cologne
About a dozen of private radio stations in Germany, Austria and Switzerland broadcasted the concert of Robbie Williams in Cologne live on 5th March 2010. Frankfurt-based Hit Radio FFH was in charge of the signal distribution and decided to use the fast and cost-effective solution with audio codecs over the available ISDN lines. Ten C1161 units have been supplied by MAYAH additionally to the station's own codecs for this event and were used to transmit the live audio with APT-X, MPEG-4 AAC, MPEG Layer 2 and Layer 3 (mp3) formats.

“It was quite impressive to see that the C1161 is able to reach different destinations with different coding standards and easily communicate to a variety of codec brands. That was an important requirement of the project. We really wanted to let our partners use their favorite transmission format, so the only solution was to take MAYAH codecs with all the compatibility they offer. Along with an instant automatic codec recognition C11 showed an extreme stability of connection during the entire concert”. 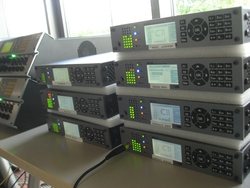 Original plan presumed a live transmission from the concert site. However, it has been proved impossible in 2010 to order enough ISDN lines on a short notice. At the same time not all radio stations already rely on the IP-based connections over the public internet for such important live events. Besides there are many older ISDN devices still in use in their control rooms. Therefore Radio/Tele FFH decided to transmit the audio with the minimal possible latency back to their switching room in Bad Vilbel near Frankfurt over three bundled ISDN lines using APT-X algorithm with 384 kbps, 48 kHz stereo. No problem for MAYAH C11. 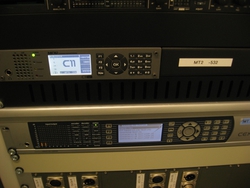 Once delivered in Bad Vilbel in less than 20 ms end-to-end the signal has been put to the audio matrix and supplied to the FFH's own infrastructure, including transmitters and the internet-streaming farm of their main radio station Hit Radio FFH. Another advantage of this high-quality audio algorithm was the possibility to simply re-encode the audio with variety of MPEG formats and without additional artefacts. Almost all participating radio stations were saving their bandwidth costs by accepting the signal with the maximum of 128 kbps. Few of them which already own MAYAH devices used MPEG-4 AAC LC algorithm for the optimum quality at this bit rate. Some others relied on or just had to deal with more traditional MPEG-1 Layer 2 or Layer 3.

Robbie’s visit to Germany in March 2010 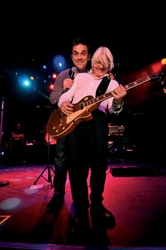 Visiting Germany this March to receive his 7th Echo music award in Berlin as the Best International Male Artist Robbie Williams has also stopped for one evening in Cologne. No public tickets were available for the so called Secret Gig. The comparatively small audience of approx. 500 guests consisted of VIPs as well as the lucky winners of the corresponding on-air shows of the participating radio stations. Robbie Williams performed nine of his best hits in a one-hour show. 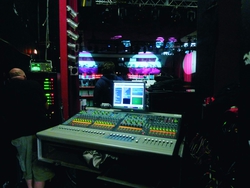 Hit Radio FFH is the most popular radio station in the Hessen region of Germany topping even the public stations by the hourly listeners range. Their highest coverage capacity include 4,9 Mio. listeneres. Other radio stations which were broadcasting the Robbie Williams concert live are Radio Hamburg, Radio FFN, Radio 106.4 RTL Berlin, Radio Regenbogen in the Baden-Wuerttemberg region, Radio Brocken and Radio RPR1 in the Middle Germany, Radio Kronehit in Vienna and Radio Energy in Zurich in Switzerland. Also participating were Radio NRW in the Western Germany and Ostseewelle Hit Radio at the Baltic sea coast. 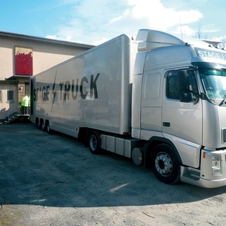 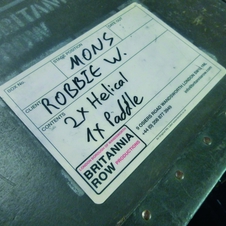 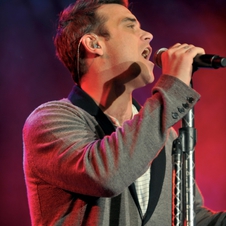 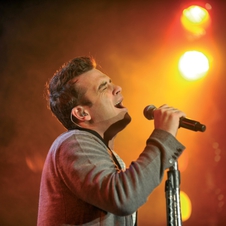 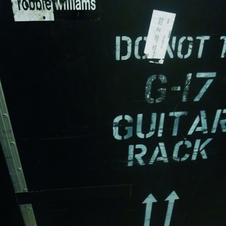 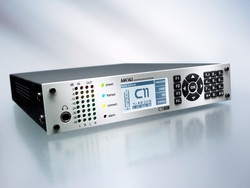 C11 is the newest audio codec generation from the leading German manufacturer MAYAH Communications. 14 different models– all as tiny as 1/2 19-inch and 1U, consuming only 8-12W power, they cover all needs of the broadcasters and telecom operators for their real-time audio transmissions. C11 provides Audio-over-IP based strictly on EBU standard for SIP/RTP using Ethernet or 3G interfaces. For highest reliability and ease-of-use when transmitting over the public Internet a standards-based Automatic Jitter Compensation technology is used. C11 family also supports 4x ISDN, Dual IP interface for redundant streaming or separate streaming & control, as well as POTS. All major audio formats are supported: from G.711 & G.722, linear audio (PCM) and Layer2/3 to MPEG-4 AAC, HE-AACv2 or the newest AAC ELD. Optionally there are apt-X/Eapt-X and 4SB ADPCM/Micda available. Advanced models provide also an audio logging or playback to/from a local storage media like SD Card or USB stick.

The company’s main objective is the development and distribution of innovative high quality solutions for real-time audio and audio/video communications in broadcast and corporate networks. Focus is given to standardized audio and video formats, such as MPEG-1, -2 and 4 as well as proprietary but accepted formats such as E/apt-X, 4SB ADPCM and others. MAYAH started its operations at the end of 1997 and is a privately held company with its headquarter in Hallbergmoos near Munich, an R&D department in Flensburg and a worldwide distribution network. MAYAH stands in close relationship with and is licensing technology from FhG-IIS (Fraunhofer Institute), Coding Technologies, IRT, and others. MAYAH is also a founding member of Audio-via-IP Experts Group working on faster implementation of EBU Audio-over-IP Standard by codec manufacturers. MAYAH’s customers are in radio and TV broadcasting as well as telecommunications, studios and ISPs.