When tens of thousands of heavy metal fans descended upon the small town of Wacken, Germany, for the Wacken Open Air festival held from July 30 to Aug. 1, organizers were ready, having deployed a comprehensive communications solution built on Riedel Communications' MediorNet real-time media network and Artist digital matrix intercom system. The Riedel equipment provided the fiber backbone and communications infrastructure necessary to support security, radio communications, and audio and video transport throughout the expansive festival site.

"The world rocks with Wacken, and Wacken rocks with Riedel," said Holger Hübner one of the founders and organizers of the Wacken Open Air festival. "The signal network backbone that Riedel provided in 2015 for the 26th anniversary of the Wacken Open Air festival ensured a safe and unforgettable experience for 90,000 metalheads enjoying the show. We've been well-satisfied with Riedel's state-of-the-art equipment and highly competent crew, and we look forward to rocking on with Riedel into the future." 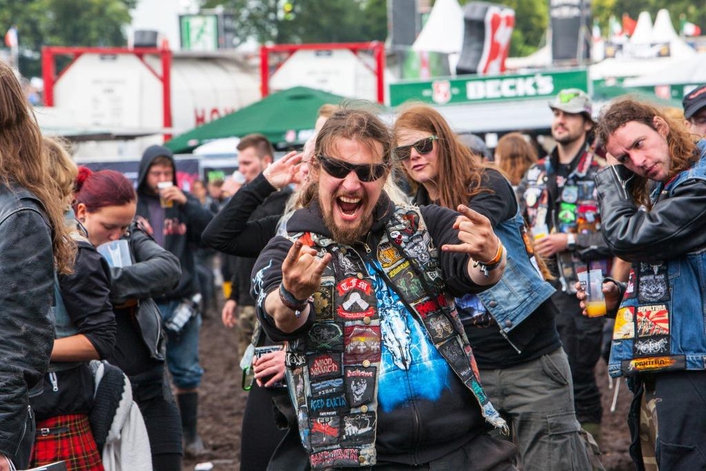 Each summer, prior to Wacken Open Air, the small town of Wacken transforms into a festival venue with multiple stages, fields in which festivalgoers can camp, and the infrastructure required to handle thousands of fans. The communications system supplied by Riedel since 2000 plays a key role not only in supporting audio and video distribution during the four-day event, but also in enabling festival organizers to ensure the safety of each and every guest.

This year, two MetroN core routers with a huge total routing capacity of 2 x 640 Gb provided the heart of the MediorNet installation, adding further flexibility to the well-known convenience of the MediorNet installation and providing redundancy for the overall security concept. With its 10-Gb links, the MetroN system supported the interfacing of two MediorNet rings and, in turn, the transport of multiple HD-SDI signals — from the stages to the production compound and back to multiple screens — and several separate IP networks and audio streams.

Each of the nine stages at Wacken Open Air 2015 had a large video wall, and a further five freestanding video walls were scattered throughout the grounds. Video from each stage was sent back to the operations center via the MediorNet network so that any video could then be displayed on any screen as "infotainment" for guests. A Riedel Artist intercom panel and line level audio at each stage allowed security to talk directly to each PA mixer to instruct the band to stop playing for an emergency announcement, such as a weather warning. Voice announcements could then be routed through the PA systems and any other information displayed on screen. 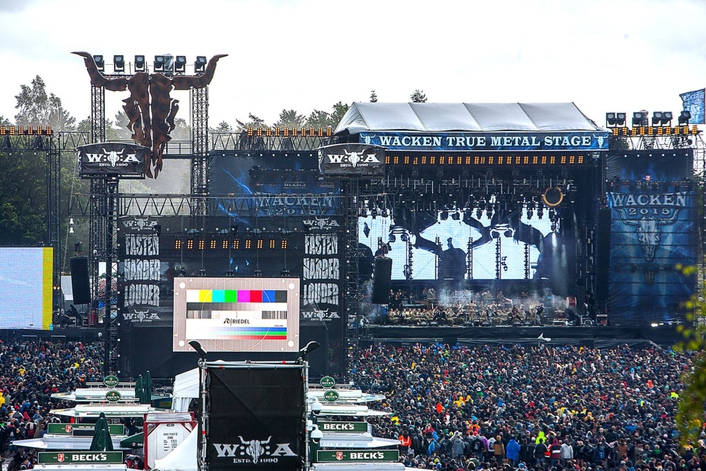 Thirty remotely controlled IP-based cameras were installed throughout the grounds for security surveillance. Data transported to and from these cameras was delivered to the Wacken Open Air Security Center through the Riedel MediorNet fiber backbone. Riedel also supplied nearly 700 TETRA radios to ensure that security staff and stewards maintained clear communications throughout Wacken and the festival grounds. The radios were interfaced directly with the Artist system to ensure comprehensive communications. Because the mobile radios of the security vehicles patrolling the vast campsites were GPS-enabled, organizers were able to determine the user's location immediately in the event of a problem or emergency. 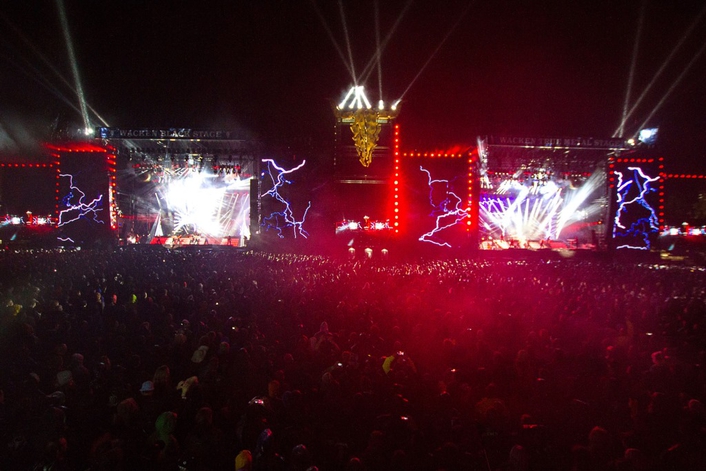 For fast and trouble-free accreditation of the hundreds of working crew members, the organizers arranged a check-in location at the very border of Wacken. To welcome the team members with the right spirit and keep the local staff connected to the live event, Riedel deployed the company's new STX-200 broadcast-grade professional interface. Capable of bringing any Skype user anywhere into the professional broadcast environment, the STX-200 was used to transfer live feeds from the stages into the check-in via the available public Internet connection and to facilitate a Skype connection between the production compound and the staff check-in area. 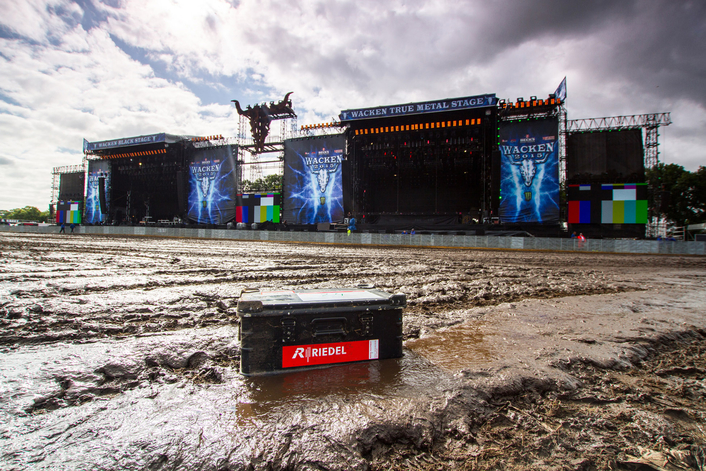 "Wacken is a truly spectacular event, and we've been privileged to be part of this immense show since 2005," said Simon Korzen, project manager at Riedel Communications. "It was a great pleasure and great fun to provide the Wacken organizers with a flexible, reliable solution that met their requirements for onsite media, infotainment, and a sophisticated security concept, in turn helping to make this year's festival a huge success for everyone involved."