For the 12th consecutive year, communications and signal distribution solutions from Riedel played a starring role in the Eurovision Song Contest, the world's longest-running international television song competition. Riedel's MediorNet real-time media network provided the redundant and decentralized signal routing and transport infrastructure from start to finish of the production, broadcast live from the International Exhibition Centre in Kiev, Ukraine in May. Plus, Riedel's all-new Bolero wireless intercom system was relied on for all crew communications, only six weeks after it was introduced to the market. 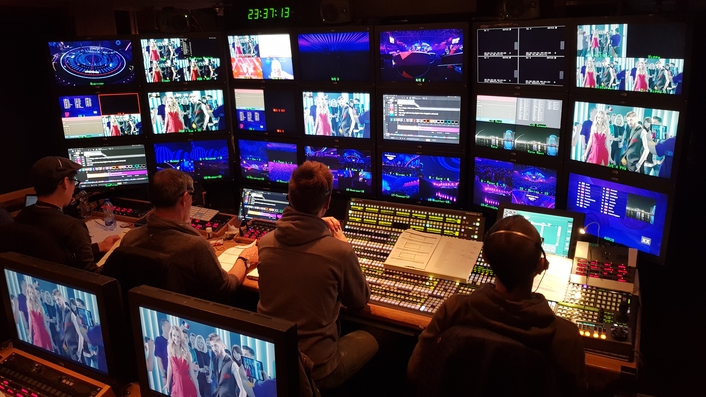 "This year we once again turned to Riedel to ensure that we could pull off this immensely popular — and exceedingly complex — live production without a hitch. And once again, Riedel came through for every aspect of the show, from stage presentations to commentary and backstage interviews," said Ola Melzig, Head of Production at ESC 2017. "The versatility and quality of the Riedel equipment, backed by the expertise of Riedel's superb engineering team, helped us to make the 2017 Eurovision Song Contest a huge success." 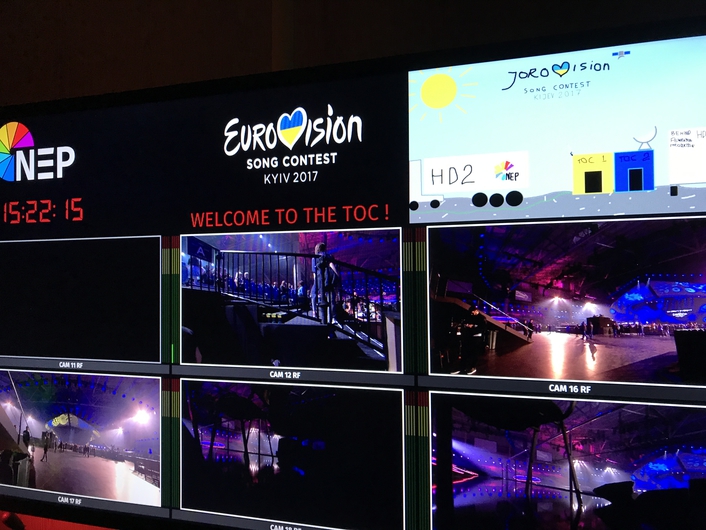 The Riedel MediorNet backbone consisted of four MetroN core routers and dozens of MicroN high-density media distribution network devices deployed in a mesh topology. This decentralized configuration ensured full redundancy of all video and audio signals for commentary, intercom, signal distribution, and radio communications, including the feeds for monitors in commentary booths and for displays and projectors in the International Exhibition Centre. Forty commentary booths for various countries were equipped with Riedel Artist digital matrix intercom CCP-1116 commentary panels. 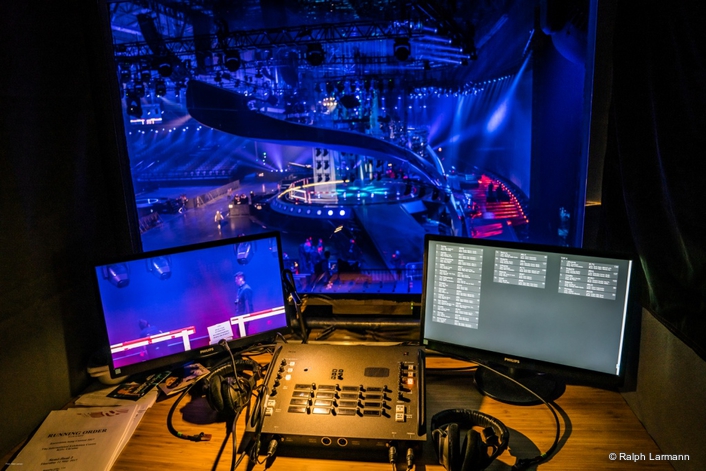 The Riedel network linked numerous other production components including critical control points for sound, lighting, and pyrotechnics. In all, more than 150 comms panels and 600 analog and digital TETRA radios were used for the show. As with last year's production, NEP Sweden AB's HD1 OB van was likewise equipped with Riedel MediorNet and Artist digital intercom components. 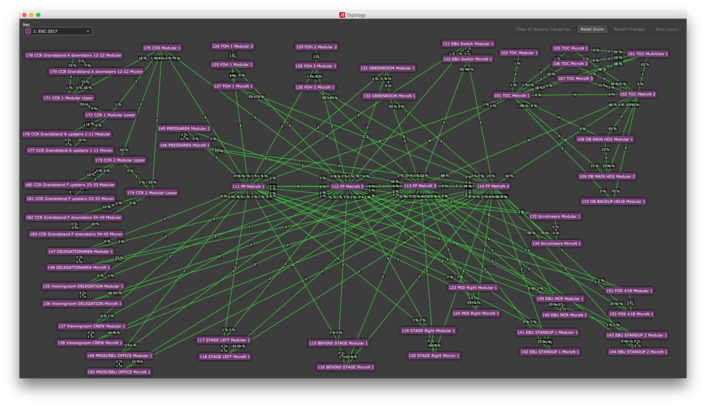 In addition, DECA, a Riedel subsidiary, provided an access control system that simplified guest and crew entry into the arena, boosting security and providing efficient visitor management. The system required personnel to pass through turnstiles where their accreditation cards, embedded with RFID chips, were swiped with stationary or wireless reading devices, and the RFID data was matched to an online database. 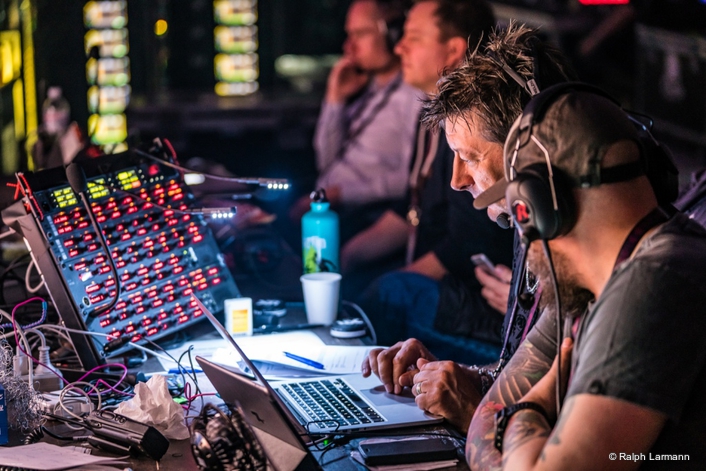 Working with partner TPO, Riedel also provided a comprehensive IT infrastructure, including all switches, servers, and wireless access points, for up to 3,000 journalists in the press center. 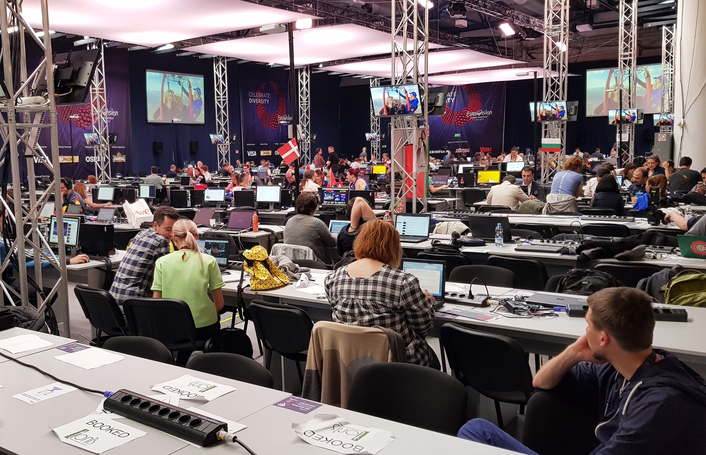 "The organizers and producers of the Eurovision Song Contest are continually looking for ways to raise the bar and create an even more spectacular program, and 2017 was no exception," said Benedikt Leister, Project Manager at Riedel Communications. "With our MediorNet real-time media network providing a robust infrastructure, this year's show was a remarkable and memorable event. We are always pleased to play a role in this unique production, and we look forward to supporting further innovation as the contest continues to grow and evolve." 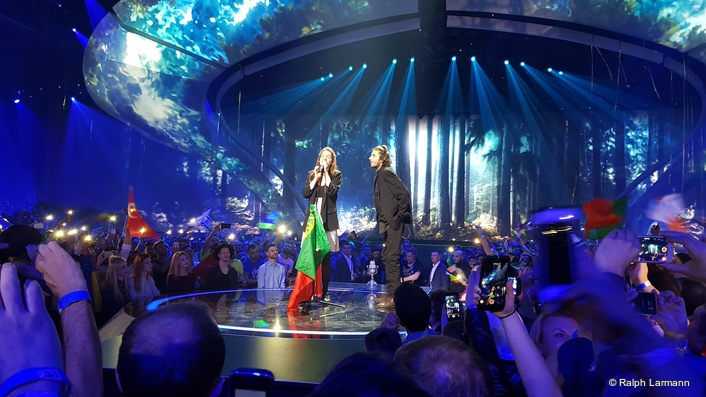