RG Jones and MLA Wins The War of the Worlds

.
Following a triumphant UK and European arena tour in 2012, Live Nation and SJM Concerts announced that the ground-breaking tour of Jeff Wayne's Musical Version of The War of The Worlds would return for the sixth and final time in late 2014, and RG Jones Sound Engineering were once again on duty.

‘The New Generation’ as it is now known, played to packed arenas throughout the UK and Northern Europe this winter but the tried and trusted team of Simon Honywill, FOH engineer, sound production company RG Jones, and Martin Audio’s full catalogue of award-winning MLA (Multi-cellular Loudspeaker Array) components were once again on hand to create a superior soundscape. 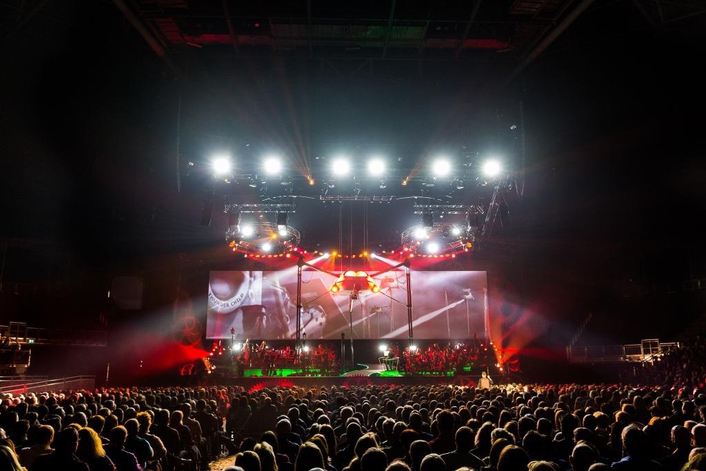 The show, which is mixed live in Surround Sound, features remarkable special effects, including the incredible 3-tonne 35-foot tall Martian Fighting Machine firing real flames into the Arena, a 100 foot wide “animation wall” with two hours of cutting edge CGI, the incineration of a cast member in front of the audience’s eyes, and a ground-breaking levitation effect!

Adding a new dimension, and marking a spectacular finale, HG Wells, the author of The War of The Worlds, was brought to life, being seen and heard in three riveting scenes within the show – aged 33, 53 and 79 – spanning the end of the 19th century and two subsequent World Wars. HG Wells was played by Scottish actor Callum O’Neill, who is best known for his role as 'Wee Dingwall' in Disney Pixar's 2012 Summer blockbuster, Brave.

Simon Honywill believes this to be the most daring production so far, and was delighted that he once again had MLA under his control. “Frankly, in an ideal world it would be the only system I would ever work with. It’s the most intelligent touring system ever, that has been responsible for the dramatically increased level of performance and coverage consistency, and paints such a neutral canvas that the slightest adjustment I make on the desk delivers exactly what I want for the audience.” 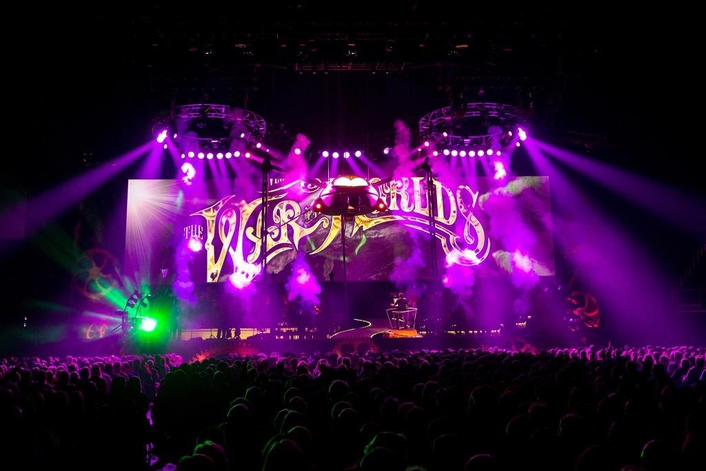 The War of The Worlds has to be one of the most challenging pieces of music to portray accurately in a live setting.  The musical elements, consisting of the band, the orchestra, the iconic narration, live acting and singing, playback and surround effects, occupy over 140 input channels, and the audiences rightly expect an unprecedented level of detail.  The rest of the production is just as epic, and this makes for a very demanding daily task for the entire crew, working to a very tight schedule with 12 trucks of gear to load in and out.  For the sound team, set-up times and system tuning opportunities are very limited, and with any system other than MLA it would have been virtually impossible to get the consistently amazing results across a wide range of venues.

Honywill, arguably one of the most seasoned practitioners of MLA in the world, clearly enjoyed himself with the Liverpool Echo quoting, “Wayne's music has never sounded more commanding”.

The War of the Worlds
RG Jones
Martrin Audio