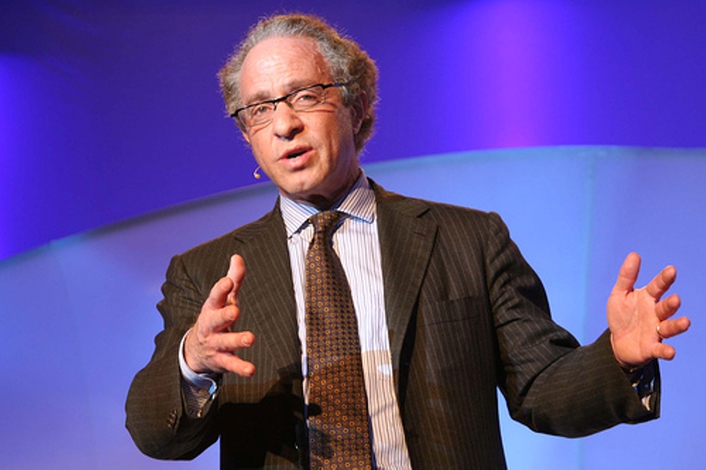 Ray Kurzweil
The NAB Show, the annual conference and expo for professionals who create, manage and distribute entertainment across all platforms, has announced that Ray Kurzweil, one of the 21st century's most revolutionary thinkers, will headline a session entitled "The Acceleration of Technology in the 21st Century: the Impact on Media, Communications, and Society." A discussion with Donald Marinelli, Executive Producer of Carnegie Mellon University's Entertainment Technology Center, will follow. The 2010 NAB Show takes place April 10-15, in Las Vegas.

Kurzweil will be joined on the stage by Professor Donald Marinelli

Kurzweil will begin the session with a presentation on how information technology is transforming traditional industries, including media and entertainment, into infotech businesses. He will explore how the exponential growth of technology and the influx of new chip-driven tools is upending free enterprise as we know it and paving the way for an unparalleled change in human history. After his presentation, Kurzweil will be joined on the stage by Professor Donald Marinelli for a special discussion highlighting topics that directly impact Hollywood and the entertainment technology arena.

"Ray Kurzweil is one of the most innovative minds in the technological landscape today, and Donald Marinelli is helping shape the next generation of tech-savvy artists," said Chris Brown, executive vice president, conventions & business operations for the NAB Show. "We are delighted to provide a stage for these two visionaries to share their knowledge with the NAB Show audience."

Kurzweil is one of 16 "revolutionaries who made America"

Ray Kurzweil is an American inventor and futurist who has been described as "the restless genius" by The Wall Street Journal and "the ultimate thinking machine" by Forbes. He has also been ranked by Inc. magazine as #8 among entrepreneurs in the United States, and PBS included Kurzweil as one of 16 "revolutionaries who made America," along with other inventors of the past two centuries. He is a six time national best-selling author whose works include "The Age of Spiritual Machines" and "The Singularity is Near."

Donald Marinelli is a tenured professor of drama and arts management at Carnegie Mellon University and is also the executive producer of that institution's Entertainment Technology Center (ETC). The ETC is recognized internationally as Carnegie Mellon's "Dream Fulfillment Factory." Its emphasis is on bringing artists and technologists together to work on substantive, real-world projects combining the latest digital media technologies with myriad artistic, educational, and entertainment efforts. Marinelli's book "The Comet & the Tornado" will be released on April 6th.

The NAB Show will take place 10-15 April, 2010 in Las Vegas (exhibits open 12 April). It is the world's largest electronic media show covering filmed entertainment and the development, management and delivery of content across all mediums.

The National Association of Broadcasters is the premier advocacy association for America's broadcasters. NAB advances radio and television interests in legislative, regulatory and public affairs. Through advocacy, education and innovation, NAB enables broadcasters to best serve their communities, strengthen their businesses and seize new opportunities in the digital age.