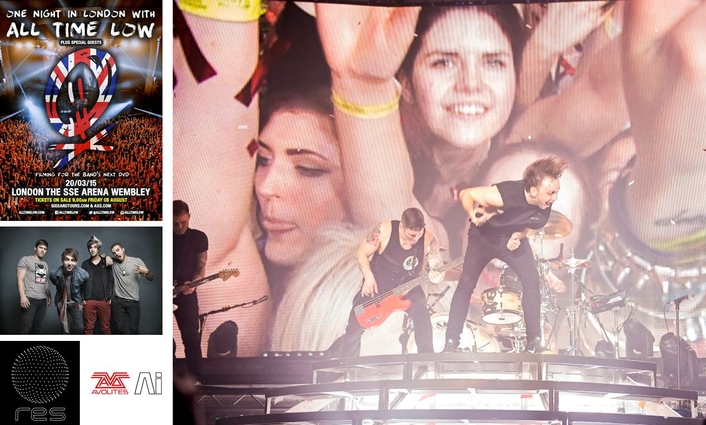 The pop punksters' first UK arena headliner 'One Night in London with All Time Low' sold out in a matter of weeks. RES was brought on board by Video Design and the band's Camera Director Richard Shipman to supply two Ai S4 Media Servers as well as set up lighting designer Jeff Maker's Avolites Sapphire Touch lighting console to trigger media and effects from the Ai. 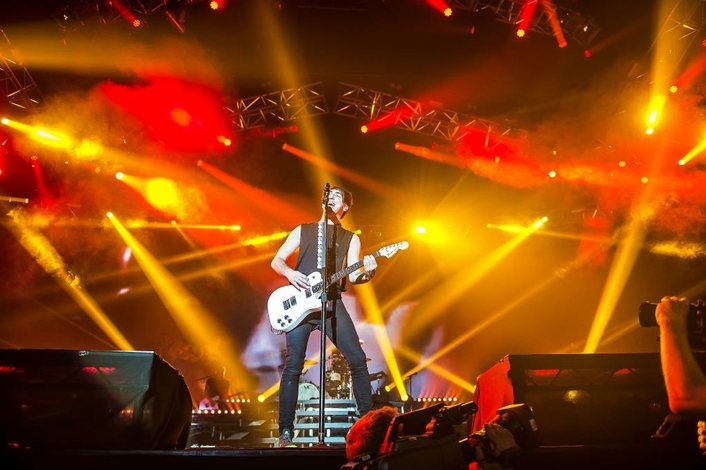 "We spent two days programming and re-encoding the media to ensure Jeff had a wide range of control over the Ai S4 Media Server from his Avolites console," says RES Managing Director Mark Calvert.

"The server played back a 1920 x 512 AIM super stream media and Ai effects library without the need for time code as the show was mixed live. Media management is always a critical milestone in delivery and by using the AIM super stream codec we maximised the performance of the media playback." 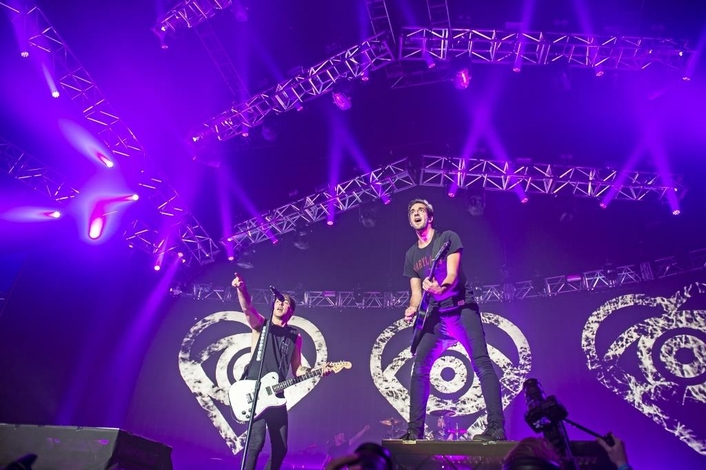 Maker and the video team worked in collaboration to deliver an eclectic mix of visuals that included animations of the bands logos and some vintage film footage mixed with live camera work of the band and audience.

Calvert and fellow Ai technician Ben Stern were tasked with the pre-visualisation of the content using a combination of Ai and Capture during a number of programming days at Avolites Media. 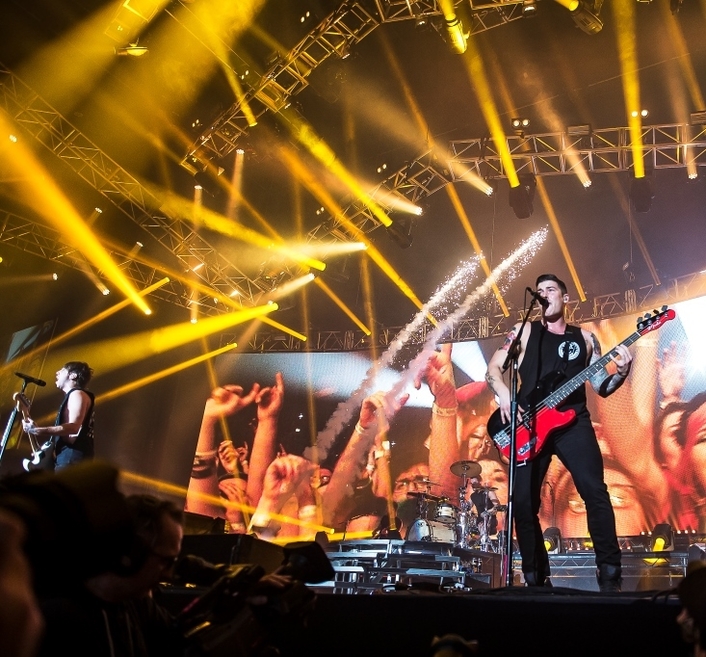 The company also supplied a hot-backup Ai System and HDSDI Capture for the camera feed, which was displayed on the upstage LED wall, mixed downstream by Richard Shipman.

"I want to say a big thank you to Mark and Ben and all at Avolites and RES for their commitment, enthusiasm and obvious love for the business," says Shipman. "The Ai performed perfectly and the support from RES was great. I look forward to many more instances of working together in the near future." 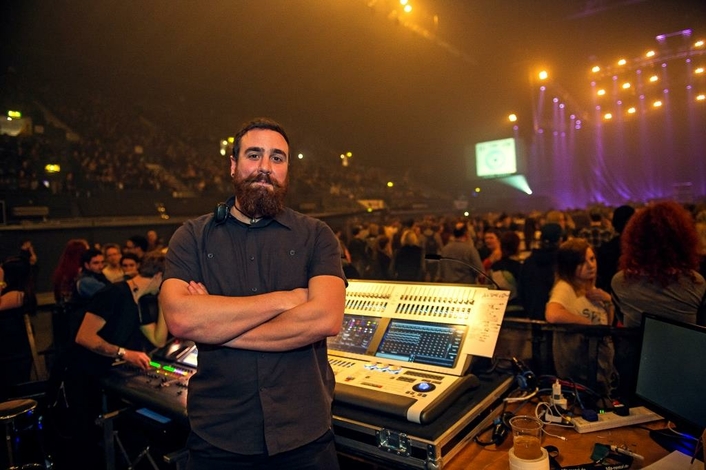 All Time Low now embark upon their 'Future Hearts' tour around the USA, before several festival performances this summer.

About RES
Realtime Environment Systems - or simply 'RES' - is a technical solutions company offering services to help designers, creative agencies and artists "achieve their wildest visual dreams".Mark Calvert and Dave Green moved on from their roles as Managing Director and Technical Director of Immersive Ltd. to form RES in 2014. As RES Calvert and Green now provide integration and production services, consultation, and direct system sales. Their clients includes ceremonies, corporate campaigns, cultural institutes, live music productions, and permanent installations.The company specialises in the use of the Ai Media Server - one of the world's most powerful media server platforms