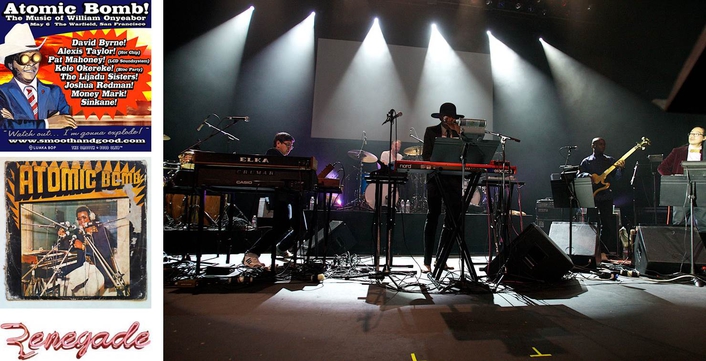 Onyeabor’s distinctive rhythmic, funkadelic, spacey synthesiser-orientated grooves were composed in the 1970s and 1980s when he was a prolific composer / performer, highly original and forward thinking. Since then he has gained a cult following amidst musicians and music aficionados.

An anthology of his old work “Who is William Onyeabor?” was released by David Byrne’s Luaka Bop record label last year, and this was recently followed by a live concert tour to bring the Onyeabor experience to an inquisitive public.

Gray was approached directly by Luaka Bop who had seen his lighting and visual design work for Kasabian and various other live artists as well as his international  video art. They asked him to come up with a complete visual concept for the live shows. 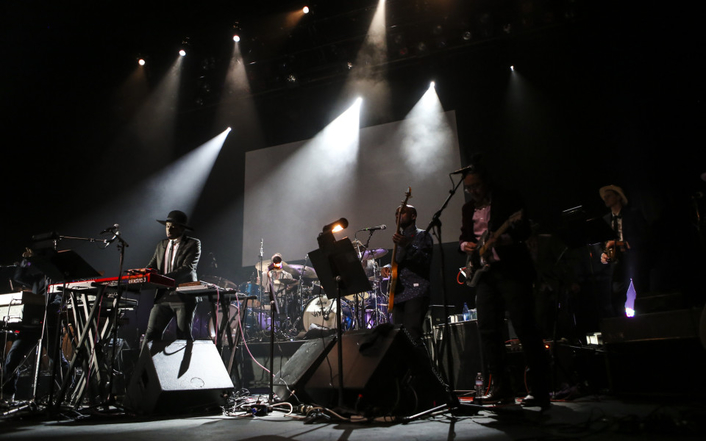 “I could hardly believe it!” exclaims Gray, “The music is just fantastic … it’s eclectic, idiosyncratic, has a huge energy, an amazing rhythm and is completely bonkers – so it ticked all my boxes!!”

Apart from that, he adds, “It was a real honour to be asked to be involved – many of the artists involved are among my favourites”.

In the UK they were joined by Damon Albarn.

Taking some visual inspiration from the short Jake Summer directed documentary about Onyeabor’s “Fantastic Man” Gray also came up with a video concept for the tour. “I felt the presentation really needed some image based material to help communicate the music in a live context,” explains Gray.

On this aspect, he commissioned David Dodd who was introduced by Brynn Ormrod, the Creative Producer from the Barbican, who compiled most of the content. They scoured various archives for any image based material relating to the extremely reserved Onyeabor that might be available, some of which was sketchy and a lot of it unusable! 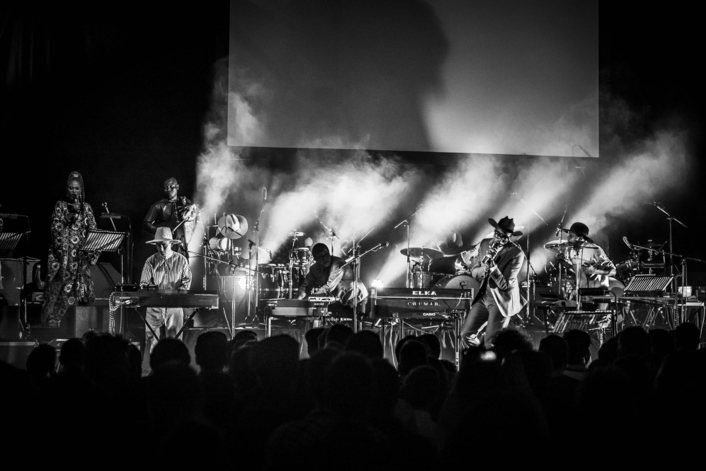 The resulting show video footage brought the grainy, dramatic, monochromatic aesthetic to the performance that Gray intended. “I wanted to accentuate the diversity and richness of the music on one hand and yet retain the sense of mystery and elusiveness that is the essential magic of the Onyeabor legacy,” he explains.

Gray specified a projection system for each show and provided his own Catalyst media server for the tour, onto which he programmed all the bespoke video footage and operated this using his own Hog 4 Nanno and Hog 4 PC control system.

He also directed and cued the local lighting operators at each venue.

The high profile gigs were The Barbican in London, The Warfield in San Francisco, The Greek in LA and the Brooklyn Academy of Music’s Gilman Opera House in New York.

The shows have received rave reviews and generated a massive interest, so much so several major European festivals have been booked including Pukkelpop in Belgium, Roskilde in Denmark and Lowlands in The Netherlands. 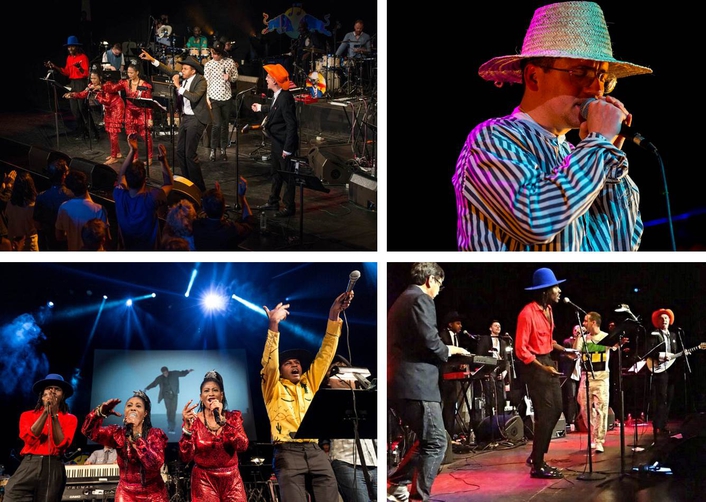 William Onyeabor
William Onyeabor self-released eight albums between 1978 and 1985 and then became a born-again Christian, refusing to speak about himself or his music ever again … one of many aspects making him an object of fascination for music historians and the many performing artists his enigmatic work has inspired.