Registration for IBC 2010 is now Open 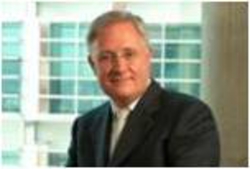 This year’s Conference seeks to tackle the real issues facing the industry, one of the most pressing of which is the place of public service broadcasting (PSB) in an increasingly online and on-demand environment. Is the national and cultural role of the PSB sufficient to protect its privileged position in today’s highly competitive and commercially cut-throat world?

The opening plenary session of the IBC2010 Conference, Does public service broadcasting have a future? will feature an address by Sir Michael Lyons, the chairman of the BBC Trust. The session also includes keynote addresses by Yoshinori Imai, vice president of Japanese national broadcaster NHK, and by Ingrid Deltenre, director general of the European Broadcasting Union. All three will be subject to questioning from leading media journalist and commentator Raymond Snoddy. 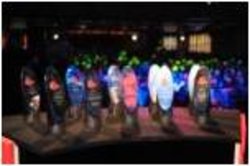 The shortlist for the IBC Innovation Awards 2010 has been announced – and brings together an extraordinary range of projects from around the world and across the industry.

The nominations include advanced transmission standards and getting pictures from racing aircraft in flight; maintaining consistent audio levels and archiving massive amounts of content. And of course, no awards programme in 2010 would be complete without at least one stereo 3D entry.

There was also one entry that so impressed the judges that they have given it a Special Award. TV Globo in Brazil commissioned a device they called Flutuador, which floated down the Tiete River tracking and mapping the spread of pollution. The resulting coverage on the nightly news forced the government into action to start a clean-up. 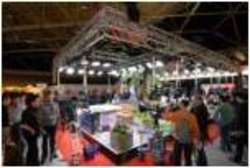 Situated in the heart of IBC in Hall 11, the Production Village is where IBC attendees can get invaluable hands-on experience with the very latest in cameras and camera technology, as well as witness the renowned IBC TV News in operation as it puts together its daily programme from the showfloor. Professional and exhibitor-mounted training sessions cover all aspects of shooting, while plans are afoot to ensure that this year’s Production Village features the most cutting edge technology available, from 3D rigs to HD DSLRs. 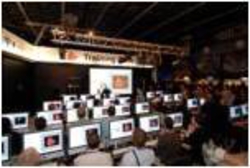 Following on from the enormous success of the inaugural Post Production Training Zone during IBC2009, this innovative feature – situated alongside the majority of the post production exhibitors in Hall 7 - will be taking place again as part of this year’s Exhibition.

The show floor training sessions combine the best active learning and craft training experiences on offer from both qualified professional trainers and leading industry experts. Sessions and workshops cover a range of topics from production techniques to desktop post-production tools from popular software providers including Apple, Avid and Adobe. The sessions are free but space is limited. Registration will be open soon.

The IBC2010 Exhibitor List and Product Locator is now live. This comprehensive database allows attendees to save significant amounts of time at the show by searching for either specific companies across IBC’s dozen packed Halls or by over 200 product categories before they get to Amsterdam, thus planning their visit far more effectively.

This year there are a wide range of registration options to choose from that have been carefully designed to fit a range of budgets and schedules.

Passes start with a Flexi-Book 4 Session Pass for those who only want to attend certain sessions. The Bronze Pass, meanwhile, grants access to one of the Conference days, post event access to audio presentations, plus entrance to all the invaluable Conference networking drinks sessions. It can also be upgraded to a 2-Day Pass for a mere €200 extra. The Silver Pass adds access to all the Conference sessions across all six days of the Conference and a special pre-event online networking tool, while the Gold Pass (sponsored by Wenham Carter) provides the ultimate IBC experience, including access to the exclusive Gold Lounge, reserved seating and much more.